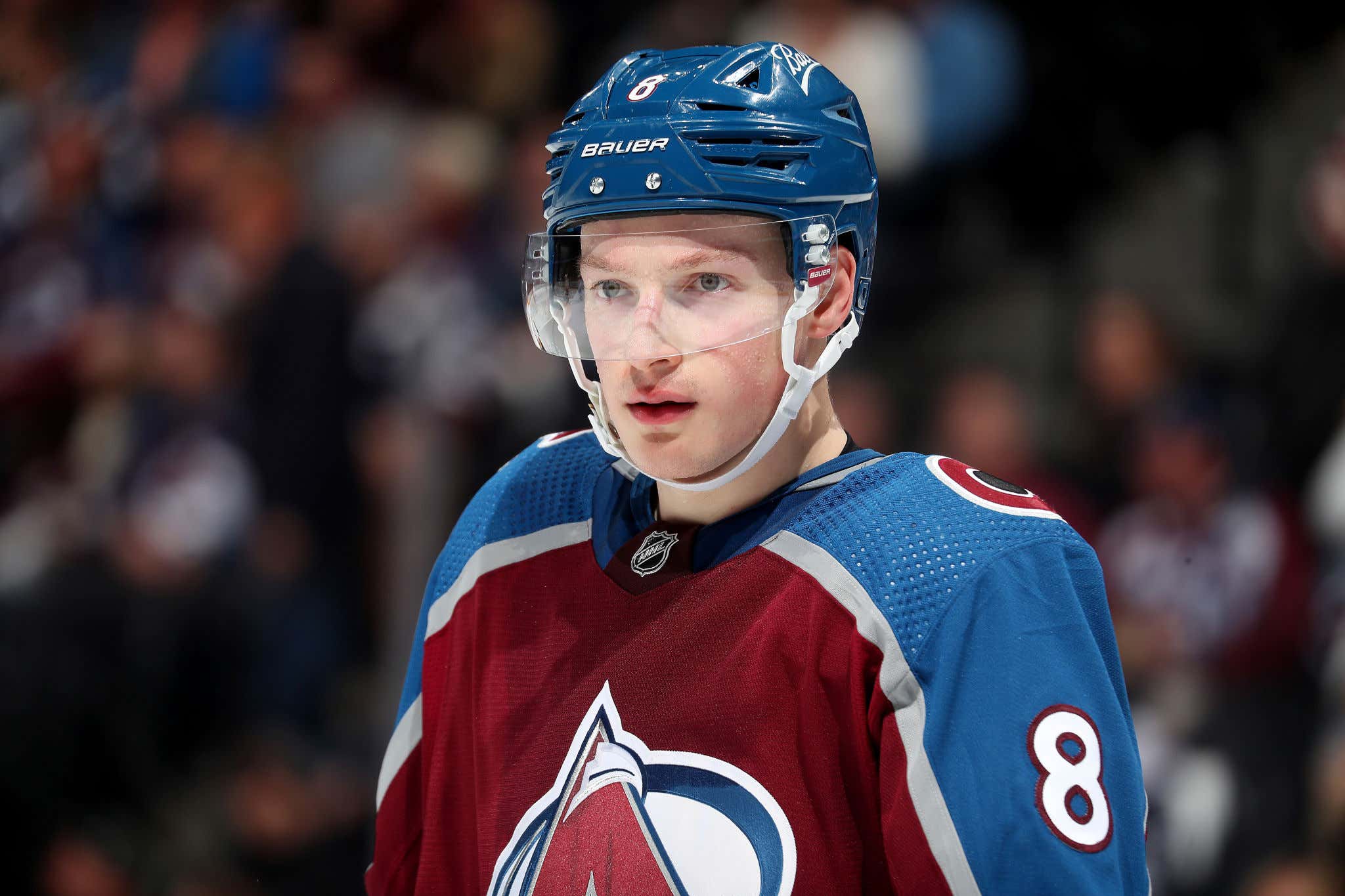 Cheat code. I don't know how they'll do it but the NHL needs to come up with a rule to slow Cale Makar down. Because this shouldn't be legal.

It should hardly be possible. Sure, he gets some help courtesy of Carrier not having his stick and not being in any position to bail Jeannot out after he got dusted at the point. But still. All 10 players were on that side of the ice when Makar first got the puck on his stick. 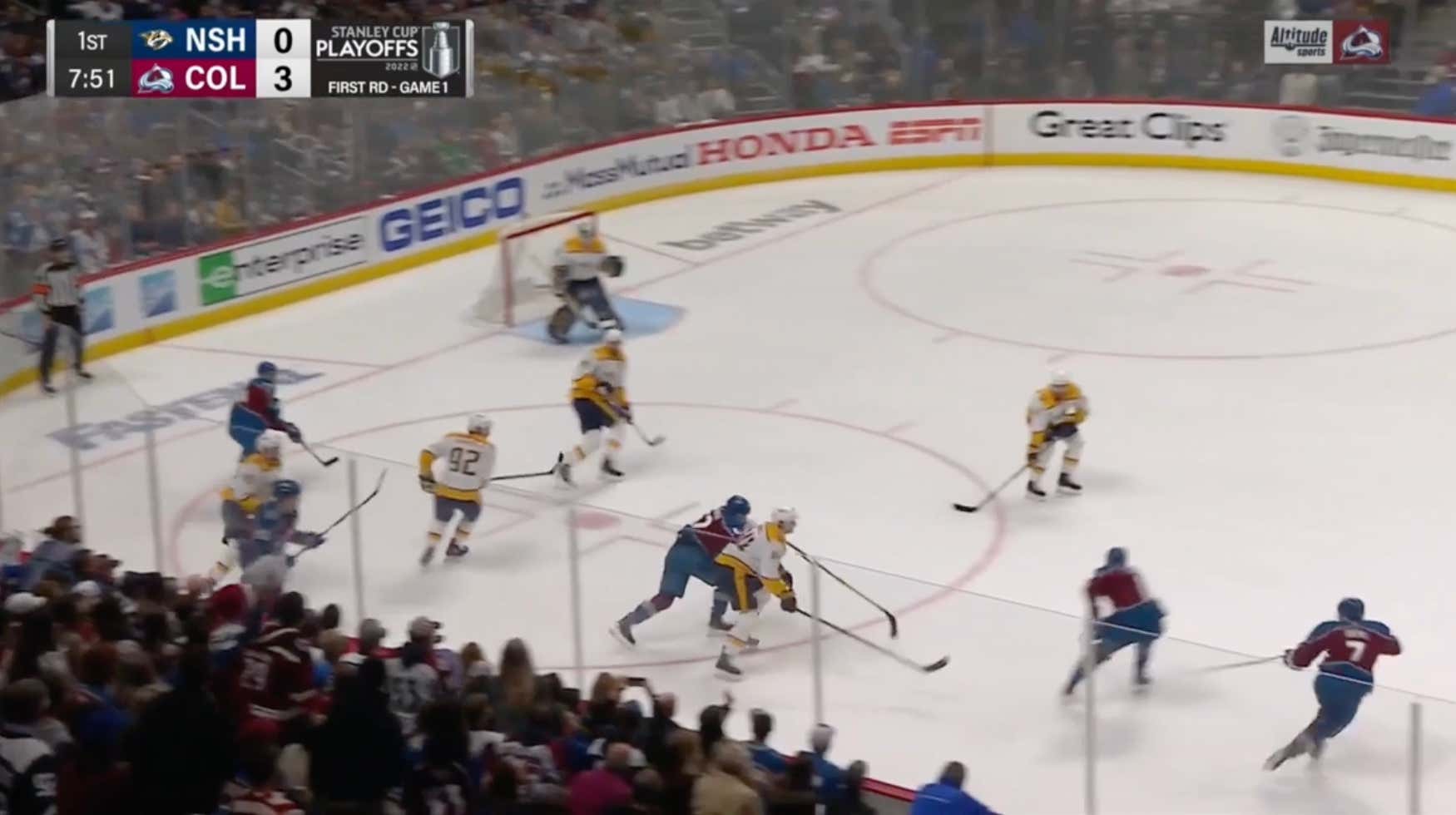 Then that sneaky, deceptive bastard moves everybody back towards the slot with his eyes. Slams on the brakes, sprints down the wall, turns to the net and tucks it up on the top bunk. All for his 3rd point of the 1st period in game 1 of the Stanley Cup Playoffs.

Even still, that makes life a little more difficult for Cale Makar. Because there's a chance the Colorado Avalanche just get to play 16 games these Stanley Cup Playoffs. But 3 points per game and 16 games before getting his name engraved onto Lord Stanley's Cup for the first time in his career? That puts Cale Makar at 48 points in the playoffs. The numbers speak for themselves.

All I'm saying is that if there's one player in the NHL right now wearing the #8 who is putting a Wayne Gretzky record in serious jeopardy, it's Cale Makar.

P.S. - Brutal night for Nashville, but still love Duchene shutting the crowd up after this one.