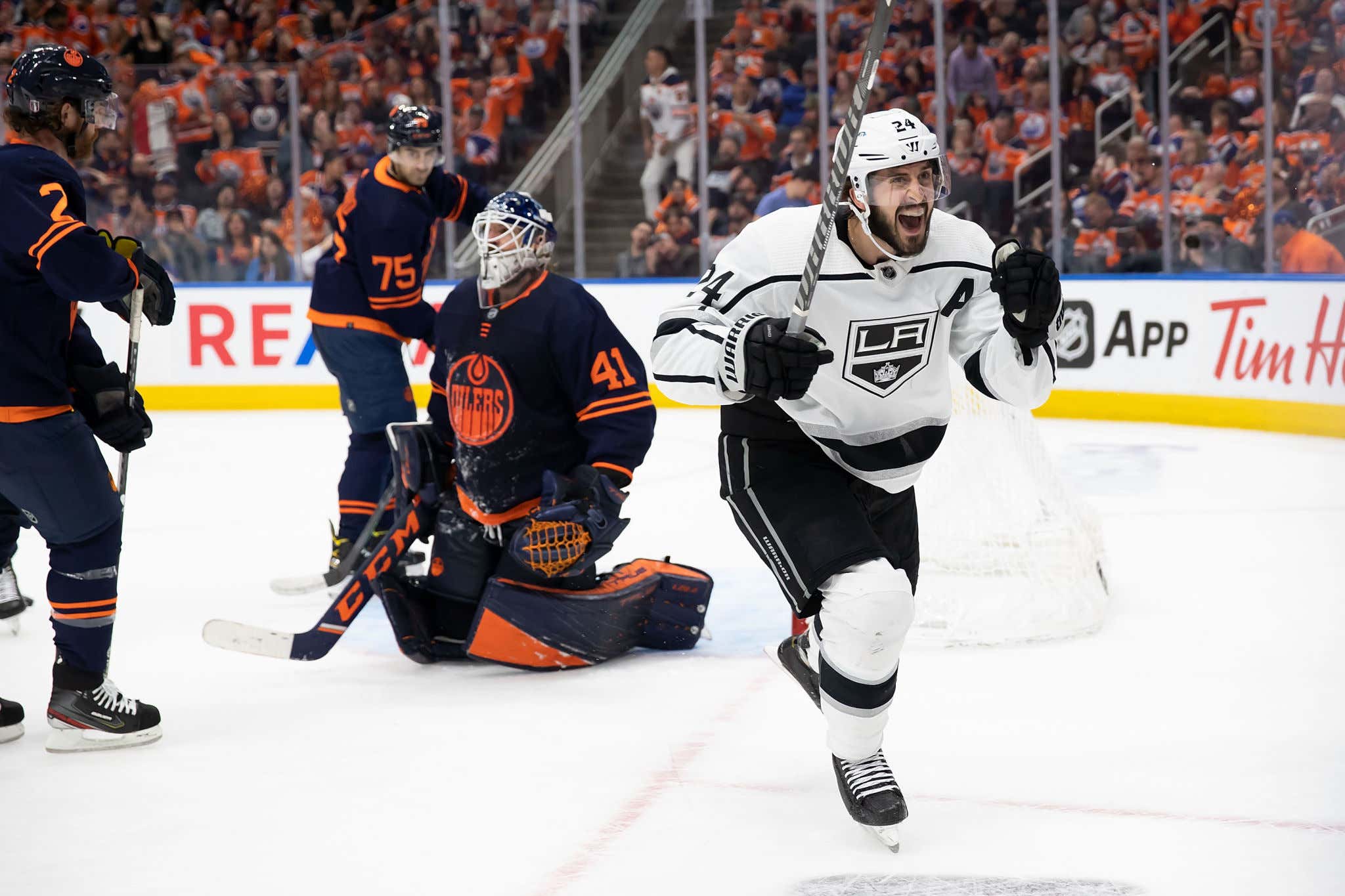 Stick-handling around the net and passing are usually considered strengths of veteran goalie Mike Smith's game. HOWEVER, the 40-year-old who should know better by now what winning hockey looks like, made one of the most ill-advised passes you'll ever see late in the third period of the Oilers' 4-3 Game 1 loss to the Kings.

I honestly don't know what Smith was looking at here. He was trying to get Edmonton back on the attack with a quick transition feed. He couldn't have seen Alex Iafallo, or else he wouldn't have attempted to zip a pass all the way toward the neutral zone. That's bizarre, though, because Iafallo was the dude who dumped the puck in to begin with! And Smith had a moment behind the cage to compose himself and survey the ice to see where his best alley was.

Like it doesn't make sense. I'm so sad. Yes, the Oilers are collectively to blame because they came out with zero urgency. Los Angeles was the underdog entering this series and jumped out to a 2-0 lead. Then, Connor McDavid went full Thanos "Fine, I'll do it myself" mode and scored just before the first intermission, and Leon Draisaitl scored a power play equalizer to knot the score at three in the second period.

I mean come on Mike Smith. ALL YOU HAD TO DO was chill. You're acting like there's like two minutes left in regulation and you're down one, trying to get the puck away before you flee the crease for an extra attacker! If you make it to overtime, it's 4-on-4, and you have arguably the two best offensive players in the world on your side, with plenty of space to operate. In the playoffs. At home.

Yikes. What a missed opportunity for Edmonton. In his past 11 playoff starts, Smith has a 1-10 record with a 3.45 GAA. And what a bad omen that the Oilers can't seem to win in the postseason when their biggest stars show out.

How. Does. This. Keep. Happening?