As a Giants fan and Cowboys hater can we somehow preserve this guy to stick around forever? I mean it's not like the Cowboys win. They haven't been to a Super Bowl in 26 years. They are the most entertaining team in pro sports to watch crash and burn. It's always unique. Drop a hold on a kick, drop a pass, blow leads, it's all just so perfect watching them implode. But now we have a new Draft day move.

Straight up showing their draft board to the media. You can see the panic on his son's face when Jerry starts to get cameras to zoom in. Good joke about it having people not available. I'm sure it didn't, wink wink. The best is how Jerry just straight up ignores him too. You even hear the exasperated 'put that shit down' comment and Jerry is still smiling. Holding that bad boy up that reminded me of when the Kings leaked their white board.

If Jerry knew how Twitter worked I'd 100% think he did this just to see the reaction. I wouldn't put it past Jerry if he had any sort of grudge with this guy. God I love watching Cowboys fans freak out and this picture is something I may want to frame and hang 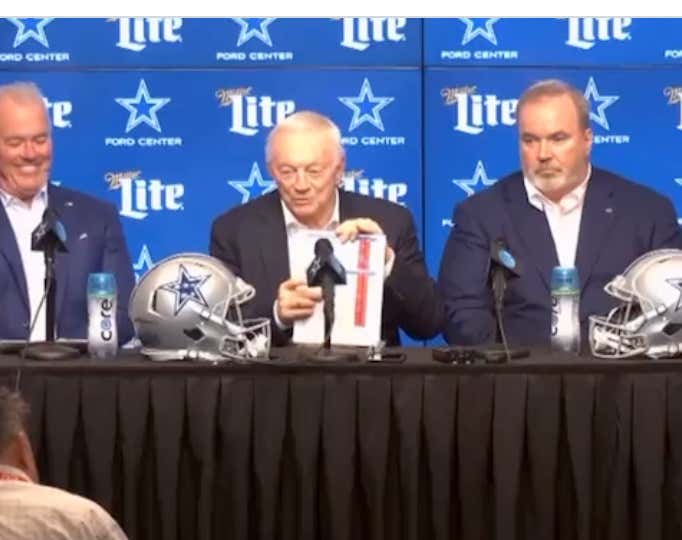