Fuck the Surgeon General or the sky high tobacco taxes. Kendrick Perkins is going to be what kills the cigarette industry once and for all with that take about Ben Simmons. Just yesterday Coley Mick of Barstool Sports dot com said that Stephen A. Smith is the only person who gives good takes anymore, which I agreed with as any rational person would.

HOWEVAH, Perk must have also read said blog and decided to dial things up a notch which made him drop that line that turned the aforementioned Takemaster into The Joker while all Molly could do was laugh. 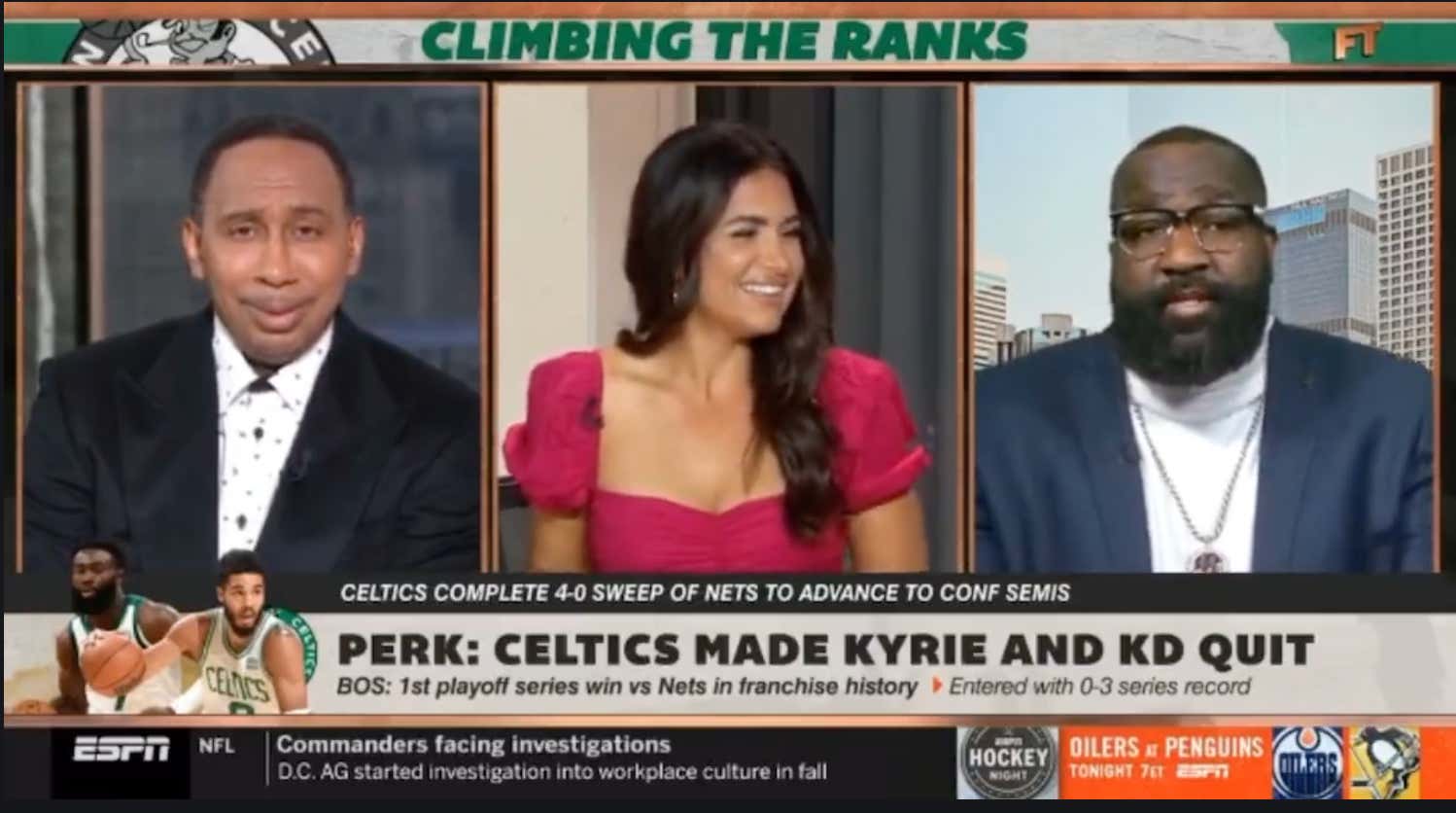 I mean how do you answer a man calling out the Newport Shorts smoking women of the world with the sound of someone that has lived through some SHIT in his voice while also pronouncing the word cigarettes like the legend Latarian Milton?

Not all of this is a laughing matter however. Think of all the hard-working people clocking in at the Newport factories around the country pumping out those beautiful light teal boxes that went from being the cigarette associated with Omar Little to the cigarette associated with Ben Simmons' heart. Absolutely terrible stuff for people that I suppose make a living packing terrible stuff inside of paper for people to smoke, which in turn makes them less appealing to any potential suitors. The Newport Shorts in all of Kings County will be acquiring even more dust than usual after this video goes viral.

Nonetheless, great work by Perk letting Stephen A. Smith know he's not the only person on First Take able to spit the hottest of fire out of his mouth, even though I fully expect the Mouth of the Worldwide Leader to answer back with this level of heat tomorrow.

P.S. I love the internet