A Group of criminals begin plans to murder a King. Upon realising their cover has been blown, each member must survive the ever present threat of the Law.

I have a deep love for this movie which I found extremely fun. It's not Snatch S-Tier Guy Ritchie, but it is god damn funny and quick-witted.

Wrongfully convicted of murdering his wife and sentenced to death, Richard Kimble escapes from the law in an attempt to find her killer and clear his name. Pursuing him is a team of U.S. marshals led by Deputy Samuel Gerard, a determined detective who will not rest until Richard is captured. As Kimble leads the marshals through a series of intricate chases, he uncovers the secret behind his wife's death and struggles to expose the killer before he is recaptured, or killed.

An extremely well crafted crime thriller that only gets better with every watch. it's also movie 1 in the Harrison Ford wants his family back universe.

As a former London constable, Nicholas Angel finds it difficult to adapt to his new assignment in the sleepy British village of Sandford. Not only does he miss the excitement of the big city, but he also has a well-meaning oaf for a partner. However, when a series of grisly accidents rocks Sandford, Angel smells something rotten in the idyllic village.

The Cornetto trilogy from Edgar Wright is incredible, but this movie is the highlight for me. So many hysterical moments, but the Andes always kill me.

Meltdown tackles the near catastrophe at Three Mile Island nuclear power plant in Pennsylvania through the lens of chief engineer and whistleblower, Richard Parks, as well as the community it impacted.

I guess this will be Netflix's sort-of answer to HBO's incredible series 'Chernobyl'. I know a little about the accident, but I'm excited to learn more.

Hacks explores a dark mentorship that forms between Deborah Vance, a legendary Las Vegas comedian, and an entitled, outcast 25-year-old.

Hacks is sneakily one of the better shows HBO has made in the last few years. Jean Smart crushes it and it delivers on comedy and drama perfectly. 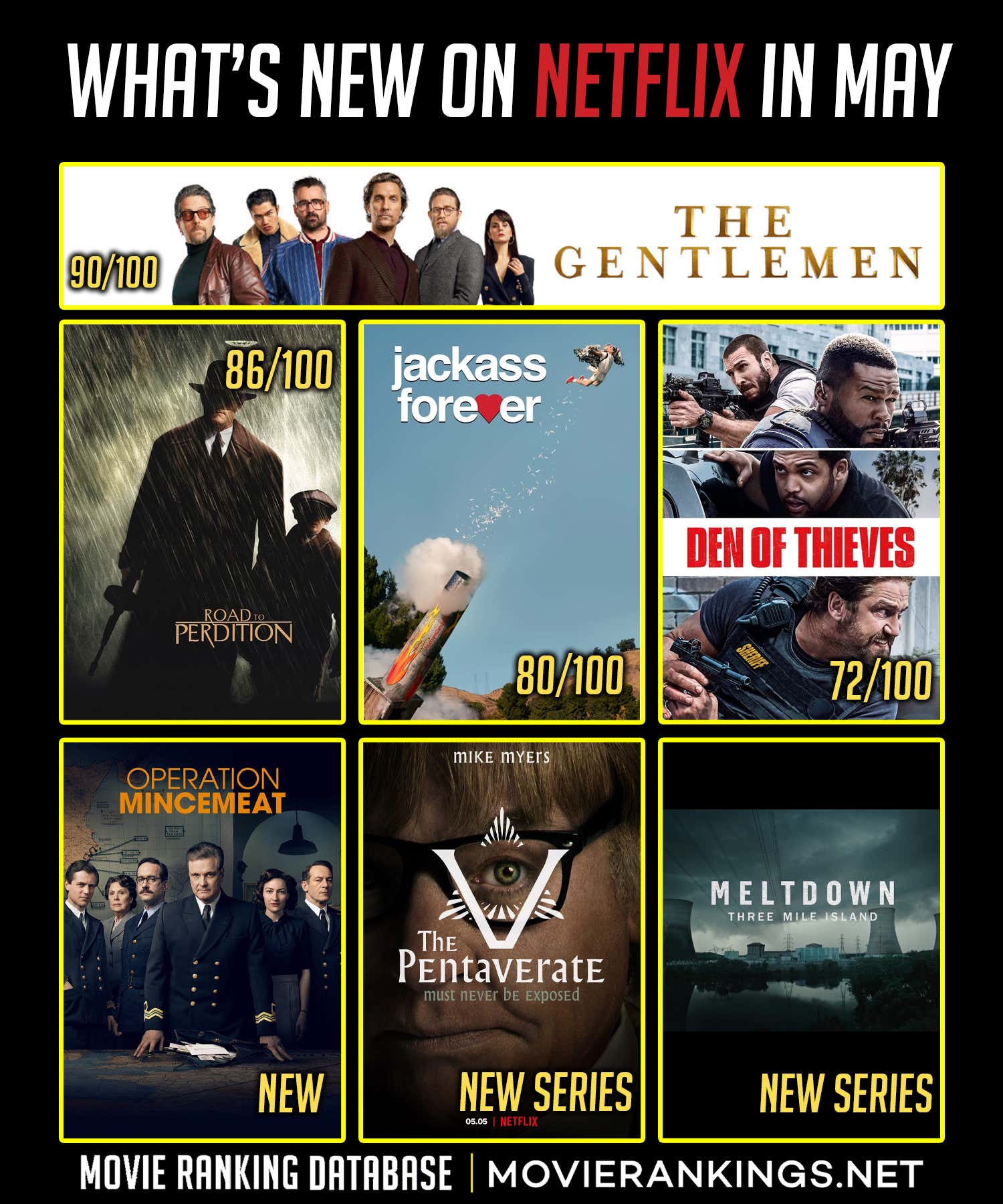 May 5th: The Pentaverate(limited series based on the bit from I Married an Axe Murderer)

May 11th: Operation Mincemeat(new WW2 drama), Our Father(doc on a fucked up fertility doctor) 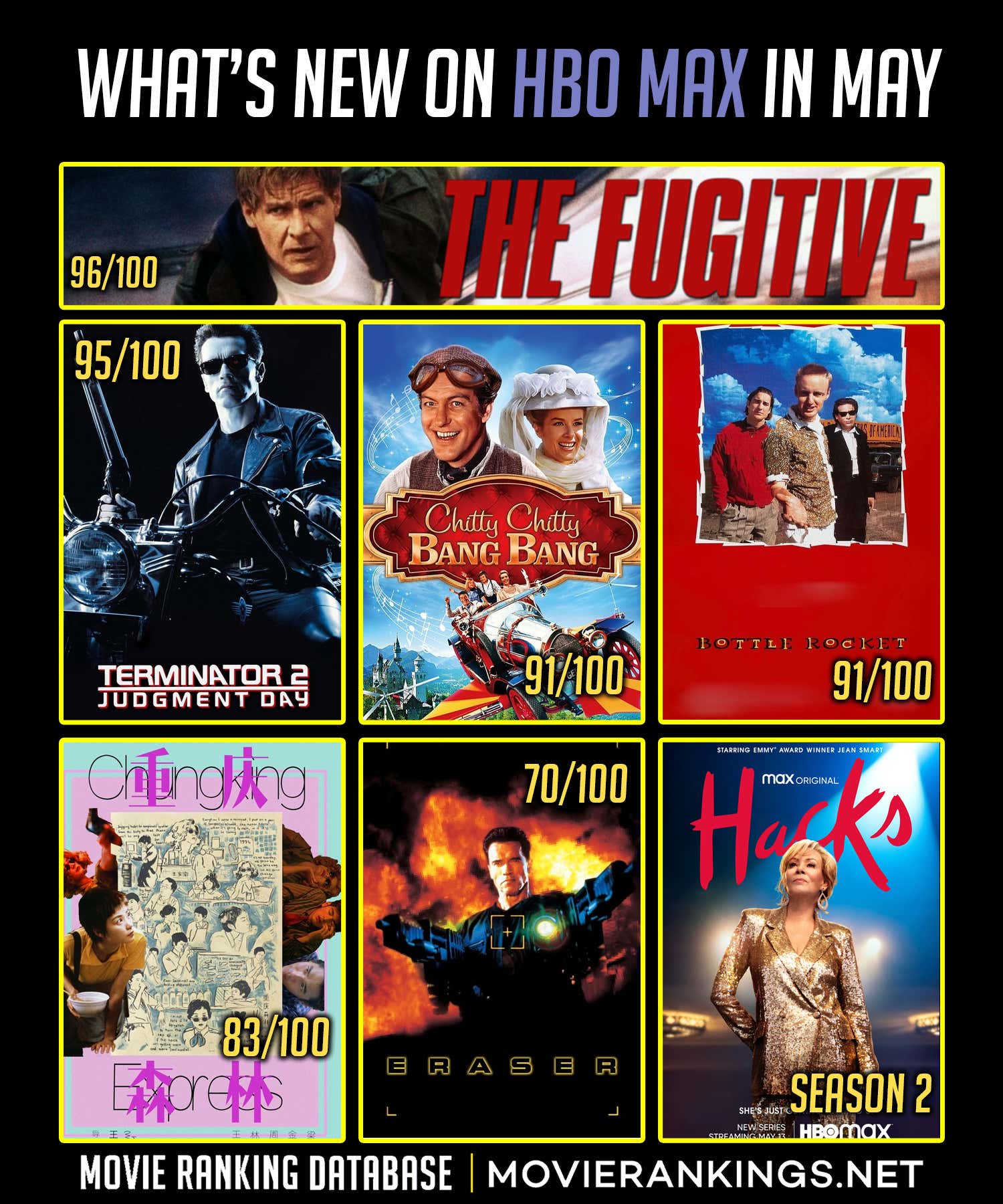 May 10th: The Matrix Resurrections 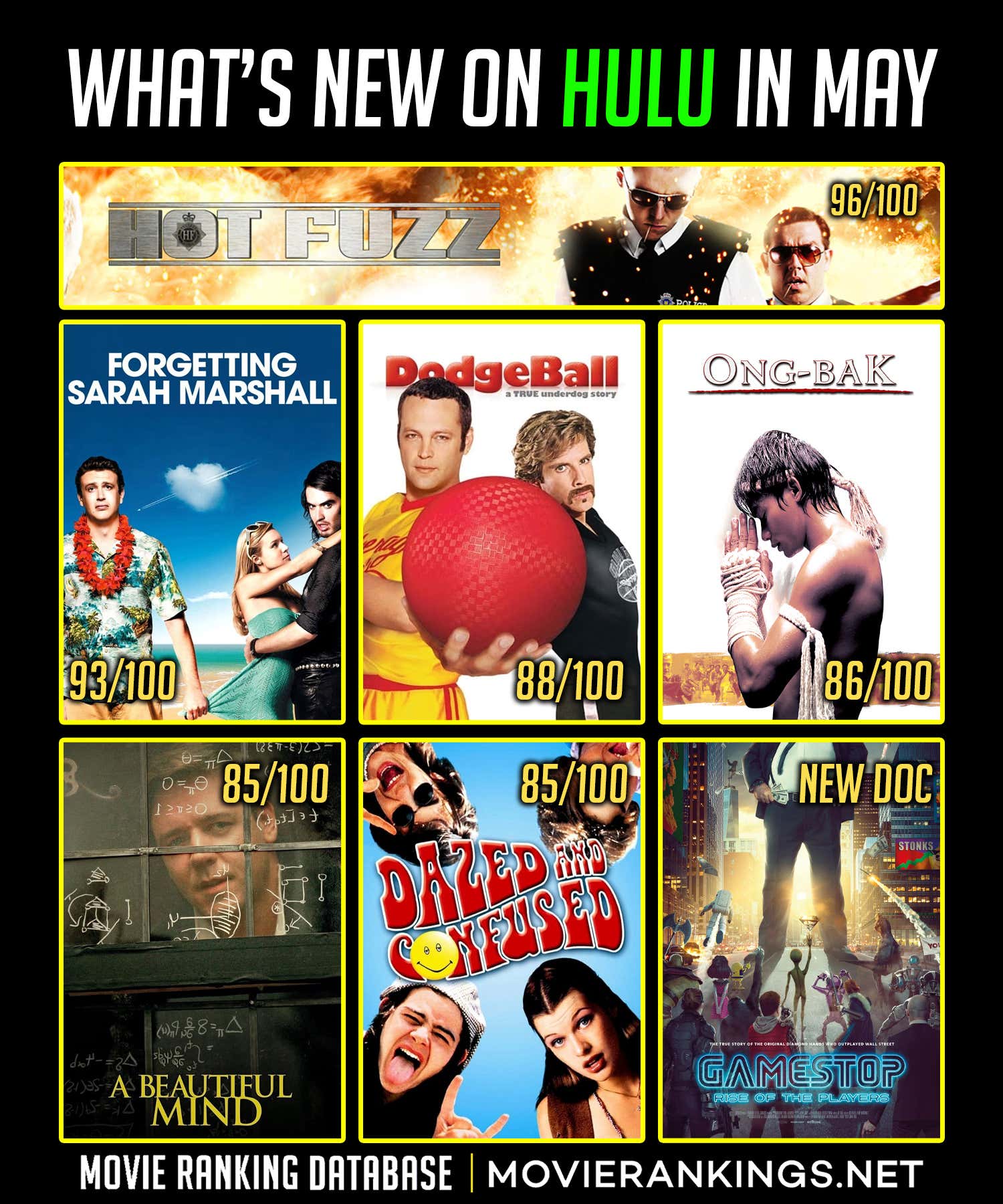 May 20th: The valet(new movie)

May 31st: Gamestop: Rise of the Players(new doc about the short squeeze)

May 8th: the Nice Guys

Warning, they really don't have shit this month

May 6th: The Contractor, Spider-Man: Into the Spider-Verse, The unsolved murder of Beverly Lynn Smith(cold case doc)