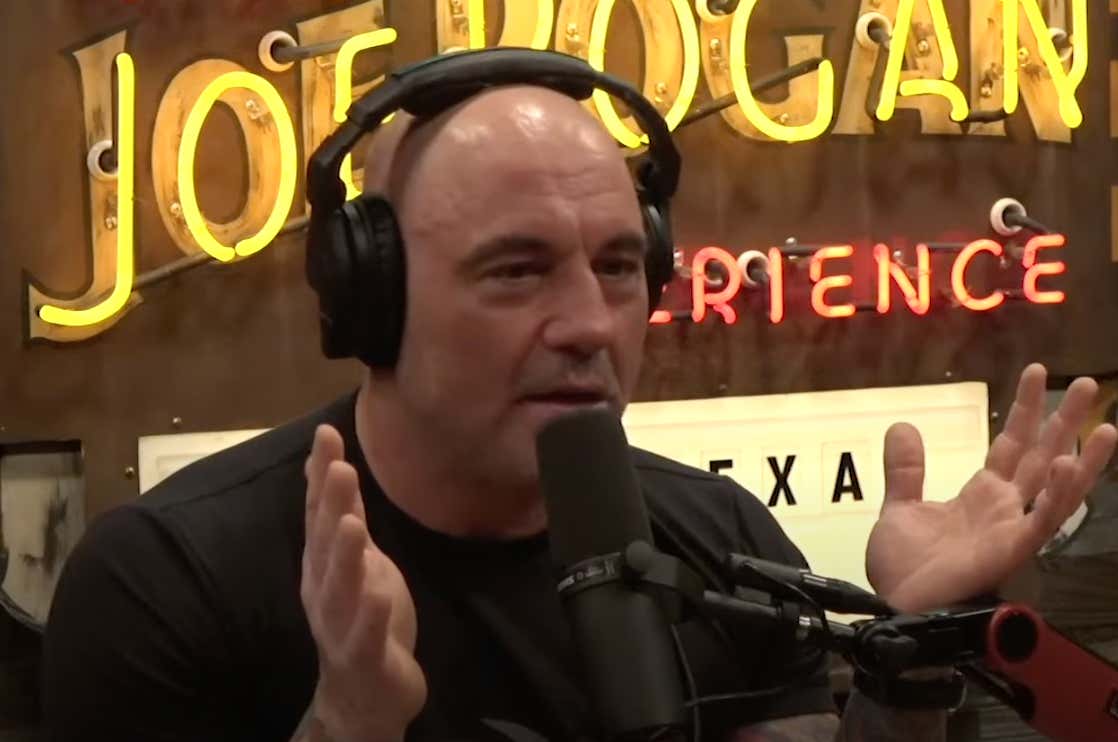 We're now roughly nine months, give or take, since an odd alliance of celebrities and media people made Joe Rogan their number one target. Strange bedfellows like Spotify employees, Howard Stern, CNN, and a loose association of artists whose music your parents used to make out to, like Neil Young and Joni Mitchell. All of whom demanded Spotify take Rogan off the air or otherwise censor his content.

I'm trying my best to avoid using "cancel culture," since it's long since played out and by now just comes across as the kind of thing lazy speechwriters use to whip crowds into a cowbell-ringing frenzy in MAGA Country. But it's hard not to look at the concerted, coordinated effort by a lot of people to attack the top podcaster in the land and not draw the conclusion their goal was to pressure Spotify to literally cancel his show. I mean, why else would they burn all those calories talking about Rogan, if not to eliminate him as competition? Something, IMHO, Stern, CNN and Geezer Rockers were not about to do with their shitty content.

For his part, Rogan apologized when someone edited together a supercut of him dropping N-bombs over the years. But never walked back anything he or his guests have said that riled up Stern and the news outlets, about Covid treatments and so on. On the contrary, he used in his stand up a couple of months ago, wondering why anyone would take their medical advice from a guy who had people eat animal penises on network television:

And as we now learn, he had every reason not to sweat the efforts to mute him. This time talking to a regular guest of his, British sociologist Christopher Murray:

Source - You have been put through the wringer since we last met,” exclaimed Murray, referring to the “Fear Factor” host being in the social media skillet. “They did a number on you. Wow.”

Rogan, who reportedly averages 11 million listeners an episode, responded: “It’s interesting, my subscriptions went up massively — that’s what’s crazy. During the height of it all, I gained 2 million subscribers."

Elsewhere during the episode, the “cancel-proof” UFC commentator roasted CNN, which had incorrectly claimed that he’d taken “horse dewormer” for COVID. (Rogan had actually taken the human approved form Ivermectin).

“Yeah, [the media] went for it. It’s also fortunate that the people who went for it were CNN,” he lamented. “They’re so untrustworthy and people know how biased they are and socially weird their anchors are.”

The martial arts enthusiast also took pot-shots at the media conglomerate’s short-lived streaming service CNN+, which went belly up after three weeks, scoffing: “They spent 300 million dollars, they get 10,000 subscribers.”

“Imagine the hubris of thinking that something that people don’t want for free … that you’re going to charge money for it,” the funnyman had added of the epic flop.

What a time to be alive. The major news outlet that spent all day, every day, talking about how a comedian podcaster chose to treat the virus he caught, only succeeds in inadvertently adding to his audience. Then he gets to sit back and watch them piss $300 million on a streaming service that lasted about as long as a half gallon of milk in your fridge. For Rogan it has to feel like it does for Portnoy every time he crosses another name off his Enemies List.

The Streisand effect is an example of psychological reactance, wherein once people are aware that some information is being kept from them, they are significantly more motivated to access and spread that information.

And while it's named after one celebrity, the effect has been around since long before she was. From early movies with sex and nudity (before Hollywood was forced to adopt "decency codes") to Rock 'n Roll to Lenny Bruce, the more you try to shut down art you don't like, the more you drive people to check it out for themselves to find out why you don't like it. The phrase "Banned in Boston" used to be a major marketing tool for everything from cheapo smut films to Heavy Metal bands. In the 90s, Tipper Gore was responsible for more CD sales than Whitney Houston thanks to her efforts to slap warning labels on the covers. Ironically enough, Stern himself owes his entire career success to people who tried to shut him down. And of course, it's been tried against Barstool for 15 or so years. How's that been working?

Still, in 2022 no one has learned the lessons of the past. And Joe Rogan is the beneficiary of the historic pig ignorance of the people who hate him the most. It would take a heart of stone not to laugh.