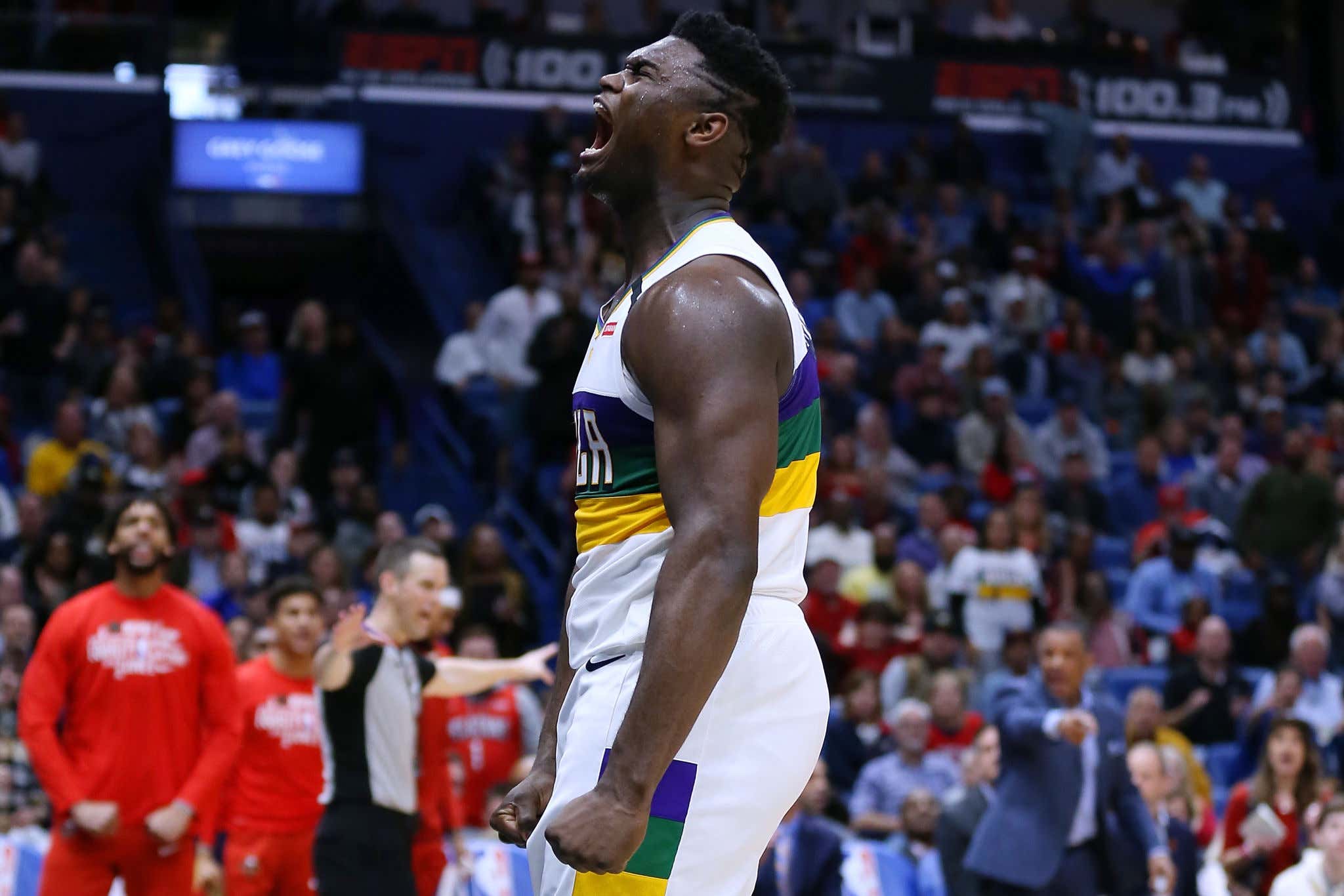 A few weeks ago, video surfaced of Zion Williamson doing a between-the-legs dunk, but it was quickly dismissed because the floor bent beneath him and was apparently designed to be less harsh on his limbs. That's good. We can't afford any more Zion setbacks. My soul can only take so much before I see this man play basketball again in earnest.

So I'm not one to get all excited about any minuscule update regarding Zion's playing status.

OK so he's doing controlled 5-on-5 work, he's throwing down 360 WINDMILL DUNKS IN WARMUPS. Like I want to scream.

First of all, the way Zion was isolating himself from the team for a while to the point where he didn't even acknowledge the CJ McCollum trade was bizarre. I don't know who to blame. The Pelicans organization was certainly playing coy and being publicly weird about Zion's status all season. There have been whispers out of Zion's camp that he wants out of New Orleans. Those seem to have quieted down for the time being. Thank goodness, more of the focus has been on, you know, BASKETBALL of late.

I totally get why the Pelicans would be tempted to shut Zion down. If they happen to lose tonight, their season is over. No need to risk a setback for one game. If they wind up winning, they'll have a chance to earn the West's No. 8 seed and face the reigning conference champion Phoenix Suns in Round 1. That would likely result in a sweep, or five-game series at best.

THAT IS, if Zion doesn't play. I'm PRAYING for the Pelicans to win even more after seeing this. McCollum has been a breath of fresh air and pretty much saved GM David Griffin's livelihood. The tandem of McCollum and Brandon Ingram is solid enough, but you throw a healthy Zion into the mix, and suddenly New Orleans is frisky as hell.

Imagine if the Pels advance to the West's final eight, and they announce ZION IS COMING BACK. Can you fucking fathom how much the ratings and national media attention would skyrocket? I can. Right now, I'm most intrigued by the Celtics-Nets first-round series. If New Orleans somehow gets it done and earns the right to battle the Suns, that matchup EASILY takes the cake as the most compelling series if Zion suits up.