Am I being JMac'd right now? Is this real or one of those internet deep fakes that seemed to have become a thing. You can never be too careful on the internet these days. So, that's where Zion is in his rehab? The same Zion that was literally shut down for the rest of the season a total of *checks notes* one day ago?

That report came from Shams. Now the next thing we see is Zion doing between the legs dunks? On a foot that's supposed to be all messed up to the point that Zion can't play in games for a Pelicans team that has been sneaky pretty good since the trade deadline? I know there's a difference between doing some dunks in an empty gym and playing in an NBA basketball game let alone a playoff game but what are we doing here. That's supposed to be a guy who isn't close to playing and had to be shut down for the season?

Naturally, I had to get some confirmation that this was actually real, and it is. You can watch it on his IG story as we speak 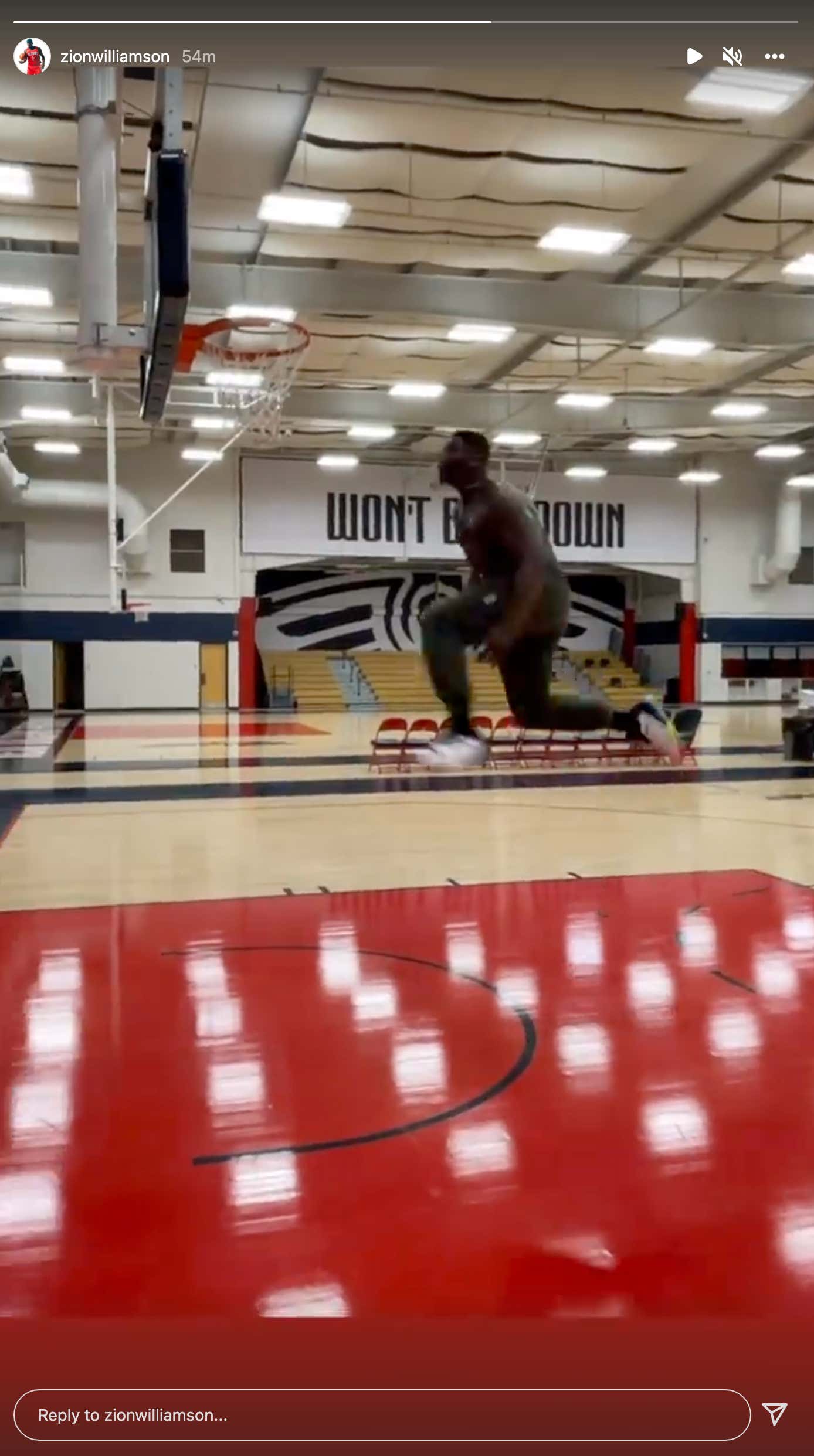 At least now we can continue this bizarre story with the knowledge that this is in fact Zion.

But let me ask you this. If the Pelicans shut him down because his body wasn't ready or recovering like they hoped, was this his way of saying that he actually is ready? That maybe Zion wants to play but the team won't let him because they want to try and move him this offseason and can't risk another injury?

Is that an insane idea? Probably, but this is all so odd to me. If this is all just part of his rehab, then why did they already make the call to shut him down for the season. There are another couple of weeks until the playoff start. If he's progressing this well who's to say he wouldn't be fully ready by then (if he isn't already)? The whole thing is so bizarre. The last time Zion wanted to play in the bubble, Alvin Gentry wouldn't put him back in and it ultimately cost them. Then he had a mystery surgery nobody knew about and the Pelicans spent the entire year essentially lying about when he was going to be coming back. Now they shut him down and 24 hours later we have him doing dunks that would have won this year's Dunk Contest. Make that make sense.

On some level though if you're a Pelicans fan, I imagine this is a welcomed sight. Maybe this actually is all just part of the plan, there's no big scheme to trade him, and it looks like you'll enter the 2022-23 season with a healthy Zion. I'm not kidding about how much better they've been since the deadline either. This team is going to be a bitch to play in that play in as long as the current roster is active and healthy. CJ McCollum has fit in perfectly

and that roster has a lot of talent, so maybe the future is still bring for this team. I just have no clue what the hell is going on with Zion in what has to be one of the most confusing storylines in recent memory. Either way, that IG story doesn't feel like an accident. Either it was a reminder to Pelicans fans of what they have coming and to stay patient, or he's letting his voice be heard that he thinks what the Pelicans organization is doing is bullshit.