Little Mikey was supposed to be taking a nap, but instead, he was hiding in his mother's closet when he heard her enter the bedroom with a strange man…

He listened as they hurriedly took off their clothes, jumped into bed, and started fucking like two jackrabbits…

Then, Mikey heard a car door slam shut in the driveway and his mom scream, "Oh no, my husband's home early! Quick, hide in the closet…"

The man got into the closet and was surprised to find Mikey in there… Mikey looked at the man and asked, "Dark in here, isn't it?"

The man was startled but responded, "Yes, it is dark in here…"

Mikey then asked, "Do you want to buy my baseball glove?"

"No", the man replied in an angry tone…

"I could go to my dad if that's what you want…"

"Fine. How much?" the man asked hastily.

The same thing happened a week later… "Dark in here, isn't it?"

"Do you want to buy my baseball bat?"

A few days later, Mikey's dad wanted to play baseball with him and told him to go get his bat and glove.

"$400! That's way too much. You ripped off your friend. I'm taking you to church right now to make a confession…"

After they entered the church and Mikey was in the confessional, the first thing he said was, "Dark in here, isn't it?"

The reverend replied, "Don't start that shit again, Mikey. You're in MY closet now…" 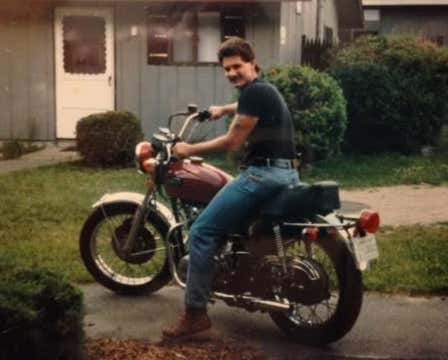