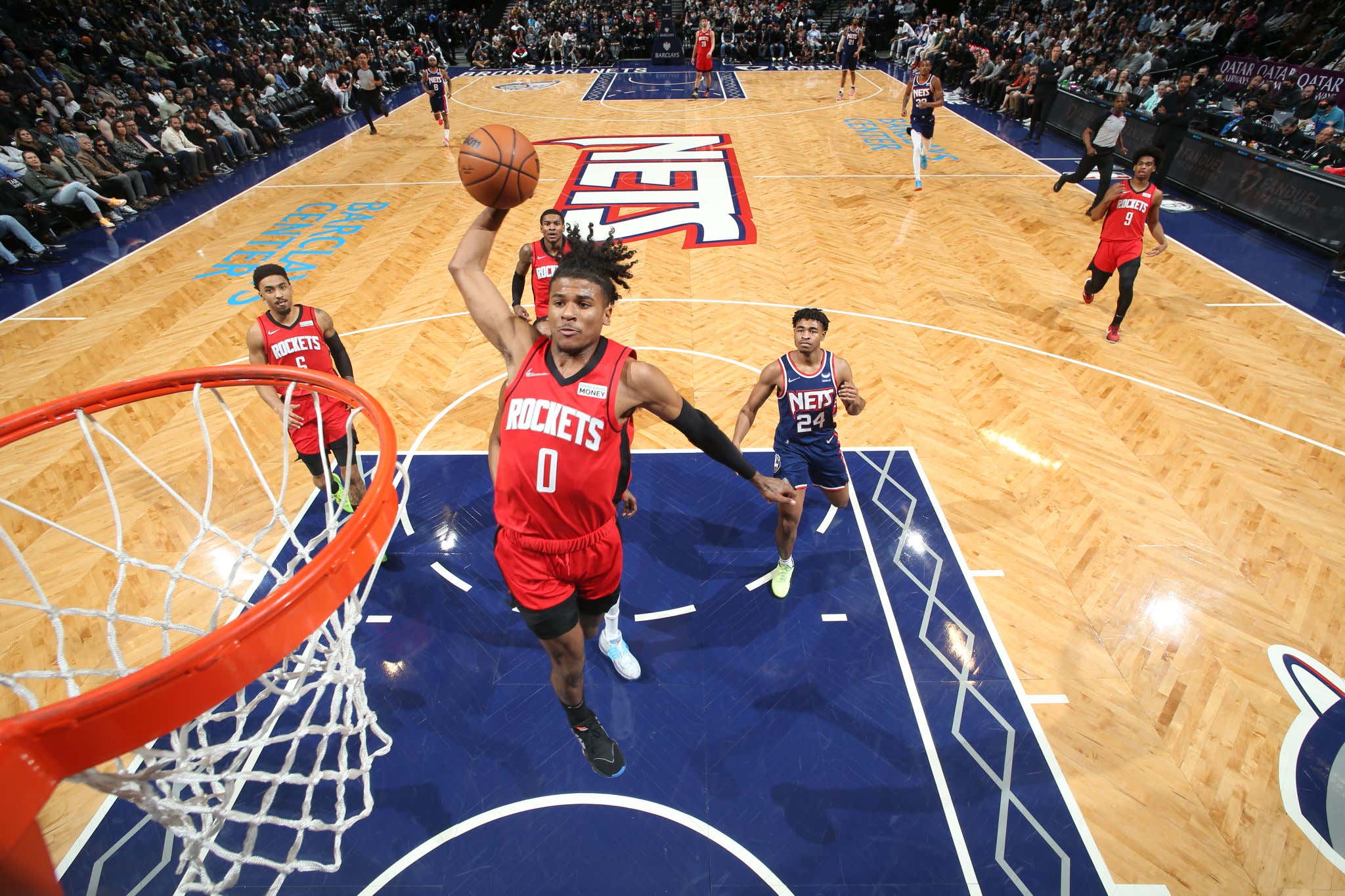 As a Cleveland Cavaliers fan, I was thrilled that the Houston Rockets passed on Evan Mobley in the draft to select Jalen Green second overall instead. Now that Green has had four consecutive 30-point games down the stretch and just did this, well, I can't say I'm not not thinking about what could've been if the Cavs traded Collin Sexton, stuck with their current frontcourt and let Green and Darius Garland go to work.

Do you see that 18.3 mph figure? Holy SHIT. Green might be an actual, proper Rocket. Here's a little perspective: Per Next Gen Stats, Colts tailback Jonathan Taylor reached the top speed of any NFL ball-carrier last season at 22.13 mph. We're talking, like, that's the elite of the elite in the NFL — and Green got reasonably close to that level of acceleration WHILE DRIBBLING A BASKETBALL.

As a DC fan my go-to analogy in this type of situation would be to make some sort of Flash reference, but Ezra Miller has SUCKED lately and the Grant Gustin-led TV show peaked like six seasons ago. And we're DEFINITELY not going with any sort of "I Believe I Can Fly" needle drop up in here for obvious reasons even though it was in the OG Space Jam and is therefore loosely hoops-related.

Green's play is impressive on a variety of levels. To have the wherewithal to steal the ball in the first place was impressive enough for a raw 20-year-old who's still acclimating to the NBA on a horrible team. But then Green realized no one wanted to fuck with him in transition if he just turbo'd up and took it to the rack.

How did this guy keep bricking EVERYTHING on All-Star Weekend at the Dunk Contest? Hopefully before he gets to be too much of a stud to big-time that exhibition, Green will come back for redemption next season. Because that combination of speed, bounce and raw power on the throwdown is something that can't be taught.