I flew into New Orleans yesterday to join Mintzy at Hogs For The Cause... An annual music and food festival that raises money for families with children battling brain cancer.

I've said it before, but I will say it again- Barstool raises money for MANY noble charities, but this one is arguably the noblest... Today is the last day to donate, so I implore you to throw a couple of bucks at it by clicking the link embedded here.

Or maybe buy one of our team t-shirts (designed by me, by the way)...

Dave and Dan made an appearance last night just as we were loading a whole hog onto the smoker, and I learned a little something from our pitmasters that I never knew before. 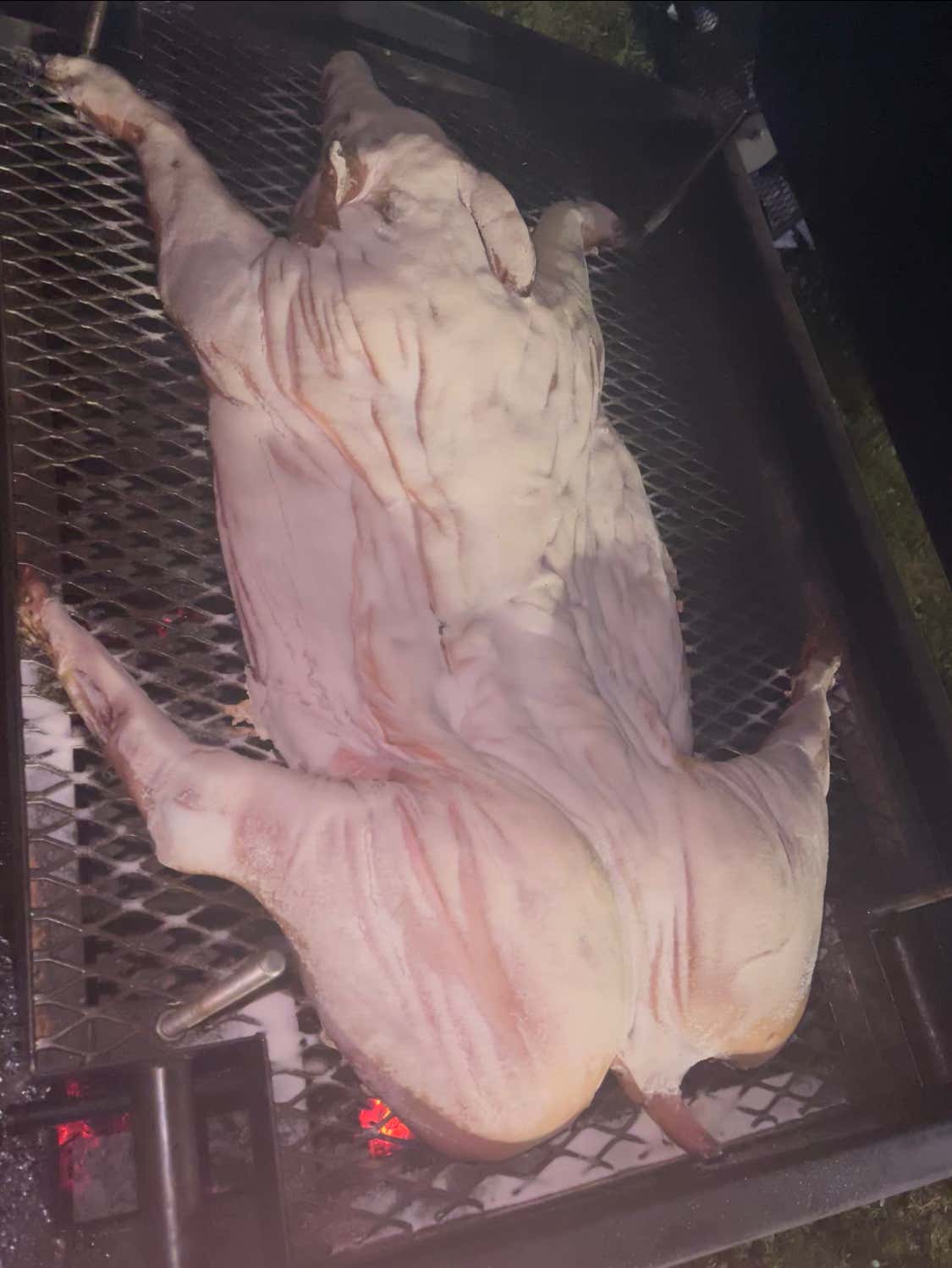 Every wannabe at-home chef (like me) sings the praises of Kosher salt vs regular iodized table salt… It's gotten to the point that even the most anti-semitic gourmand will not season their dishes with anything that hasn't been blessed by a rabbi.

-- That's actually not true… Kosher salt can certainly be "Kosher" but it doesn't HAVE to go through any religious ritual.  Its name comes from the ancient Jewish practice of using coarse-grained salt to drain blood from meat, as eating meat containing blood is forbidden in certain Jewish traditions. --

Anyhoo, when they were loading this pig onto the grill, I noticed the crust that was already formed on the dead animal, so I asked the cook if it was mixed with anything to make it pastier, and I was told that it wasn't. True smokers use good-old iodized salt because its fine crystals more easily adhere to the moisture on the pig's skin forming that Scarface/cocaine crust I noticed… 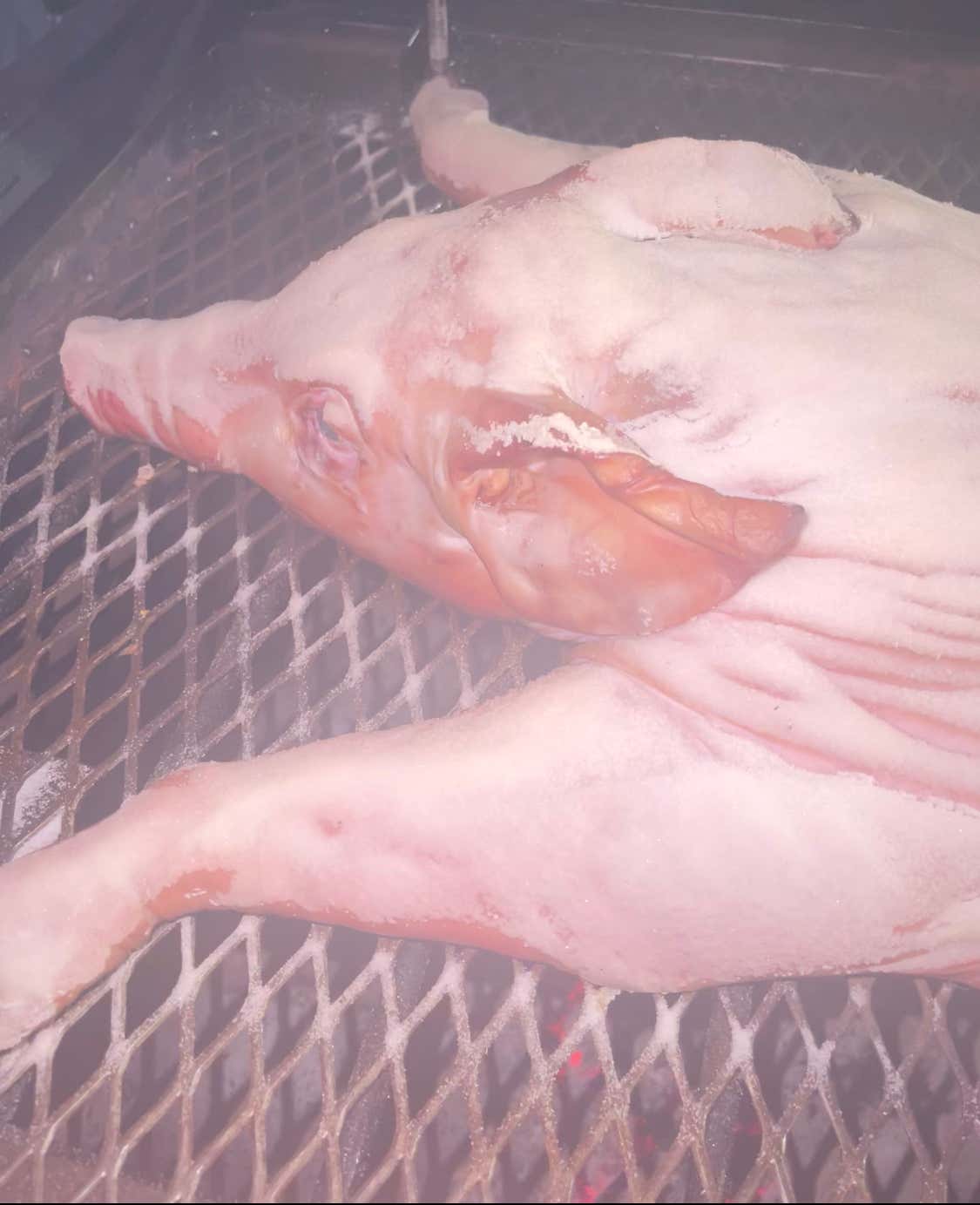 As opposed to more coarse salt that tends to slip off during the half-day that hog spends in the smoker.

I also learned that the moisture on the pig carcass comes from Vegan tears.

Last thing… All this salty skin is actually going to be removed after the smoking process is complete, only to be deep-fried into a giant chicharrón that will be chopped up and then reunited with the cooked pork in a taco later today…Which makes me VERY excited.

So we're raising money for a good cause, gaining some weight, and learning a little bit along the way.