Survivor 42 continued last night with another solid episode. Wasn't nearly as exciting as last week's, but it was still another enjoyable episode that continues to cement 42 as already better than 41. And a main story from this season continues to be that Jonathan is an absolute superhuman, freak, God who is just running circles around the competition in challenges. This is what happens when you cast one guy who looks like a Greek God and then 17 vegans who look like they do slam poetry in Williamsburg.  But it's still impressive nonetheless.

I'll get into the written recap below but make sure you're also subscribed to the podcast on Apple and Spotify. Please leave us a nice 5-star review while you're at it! And our full episodes are now also on YouTube. Jake Marsh was back in action this week.

We gave a full and thorough breakdown of last night's episode plus our updated winner picks. For the written recap, I'm just going to bullet point some thoughts I had from last night.

-Daniel got back after screwing everyone at tribal council and said, "Hey you know what guys? How about we just hit the hay? Call it a night and catch some shut eye. We need those Zs." I respect the hell out of this move. It was worth a shot. Instead of getting yelled at all night for being a snake who betrayed everyone, he just wanted to sleep.

-It was worth a shot but everyone still had a bone to pick with him. Basically everyone on the tribe felt blindsided in some way or another. I'm not sure how Daniel actually believed Chanelle betrayed him, but that seemed to be the case. Hai, Mike, and Lydia all felt betrayed by Daniel too. It seems like the future of that tribe could be Mike teaming up with Hai and Lydia since they now view Daniel and Chanelle as two snakes. That's an intriguing trio.

-The story of the reward challenge was once again Jonathan being a superhuman God amongst mere mortals. He single handedly dragged his team through the course and won it for them. The other teams were speechless and all they could say was "Jonathan." Tori called him a Goliath in front of everyone, which should've been obvious to begin with. Jeff then asked Jonathan if them being so good in challenges "spoke to the idea of a tribe finding their core." Lol. No Jeff. It speaks to the fact that one tribe has literally Superman on it and the other tribes have a bunch of people even I can beat in arm wrestling match (maybe?).

Jonathan gave an answer talking about how their tribe is such a tight group of 4 who all gets along well.

-Back at Taku, everyone was really mad at Jonathan for saying how tight they were. For Maryanne of all people to be mad someone else had a big mouth was quite ironic. Even Omar was calling him dumb too. I get that they don't want other tribes to how tight they are in the event of a swap or merge, but this still felt like an overreaction to me. What else would they expect Jonathan to say? Tribes usually pretend to be a big happy family even when they're not.

-They tried to give Jonathan his own emotional montage from his personal life, but it didn't hit quite the same as some others. It was basically just like "Yeah I'm really strong and I've always been really strong. And I work out a lot. And people are always talking about how strong I am." I guess his dad making him compete against his brothers was a little odd, but he wasn't really saying it in a "my dad abused us" type of way. They just sounded like the Gronkowski family basically. Think we've had some more tear jerking stories for sure.

-After not spending really any time with this tribe last week, we saw them a lot before tonight's immunity which was a pretty clear clue they were heading to tribal council. It seemed like Drea, Romeo, Swati, and Rocksroy were an alliance with Tori on the outs. But Swati wanted to shake things up and target Drea since she had the extra vote. She approached Tori with the plan of those two and Rocksroy blindsiding Drea. And while Tori was reluctant of working with Rocksroy, she realized it was her best hope of surviving the vote.

-Speaking of Rocksroy, he continued to just annoy everyone by being bossy around camp and acting like the self-appointed leader of the tribe. A funny montage was shown of him bossing around Romeo and Romeo just taking it. I like Romeo's game a lot. He realized that sometimes in Survivor, you just have to take shit from people. Smile, nod, avoid the confrontation, and then cut his throat later. Avoiding conflict is Survivor 101. I like Romeo's game a lot and think he's a potential winner.

You can watch the full challenge above, but the main story was Lydia's jumping ability (or lack thereof). 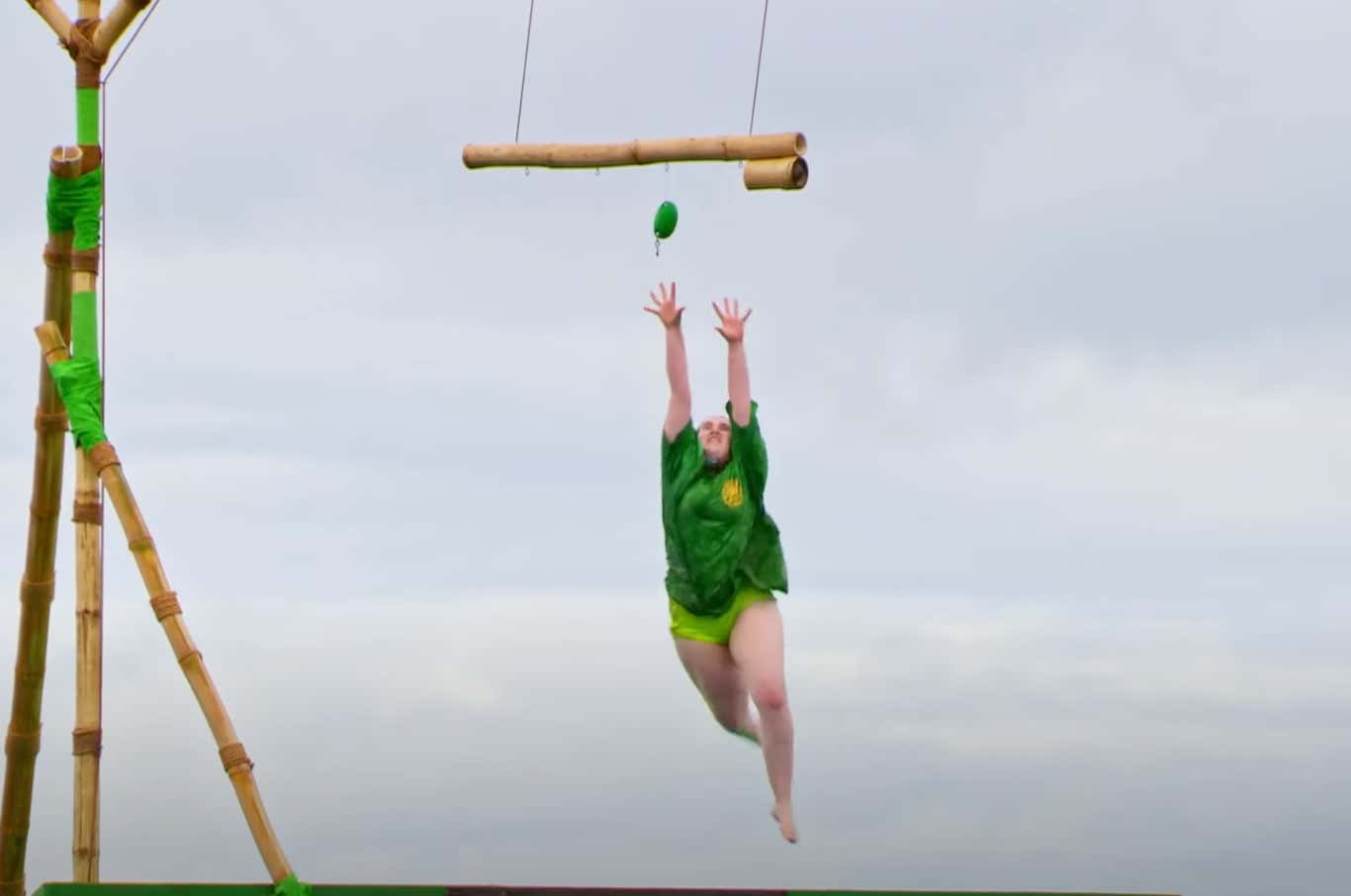 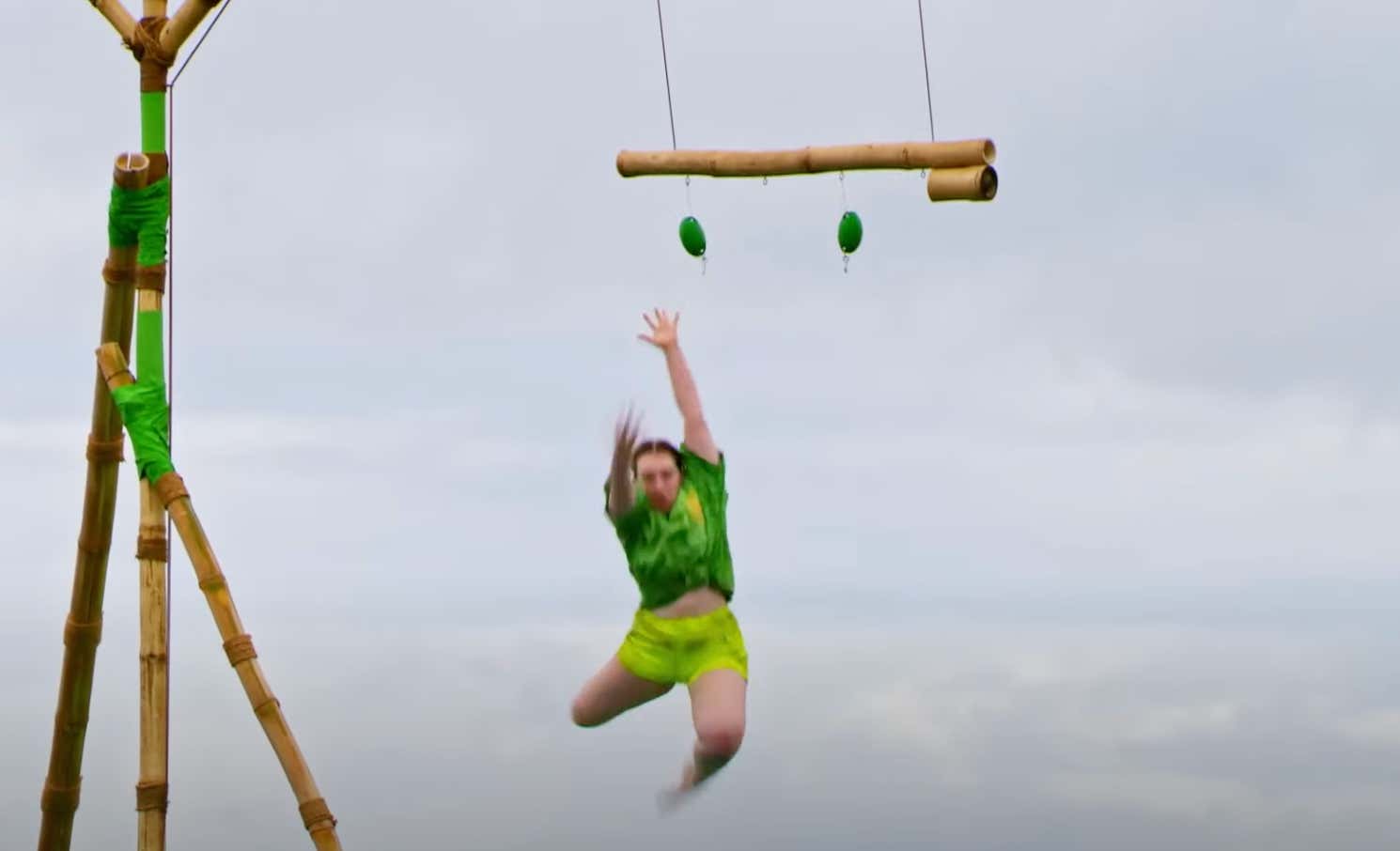 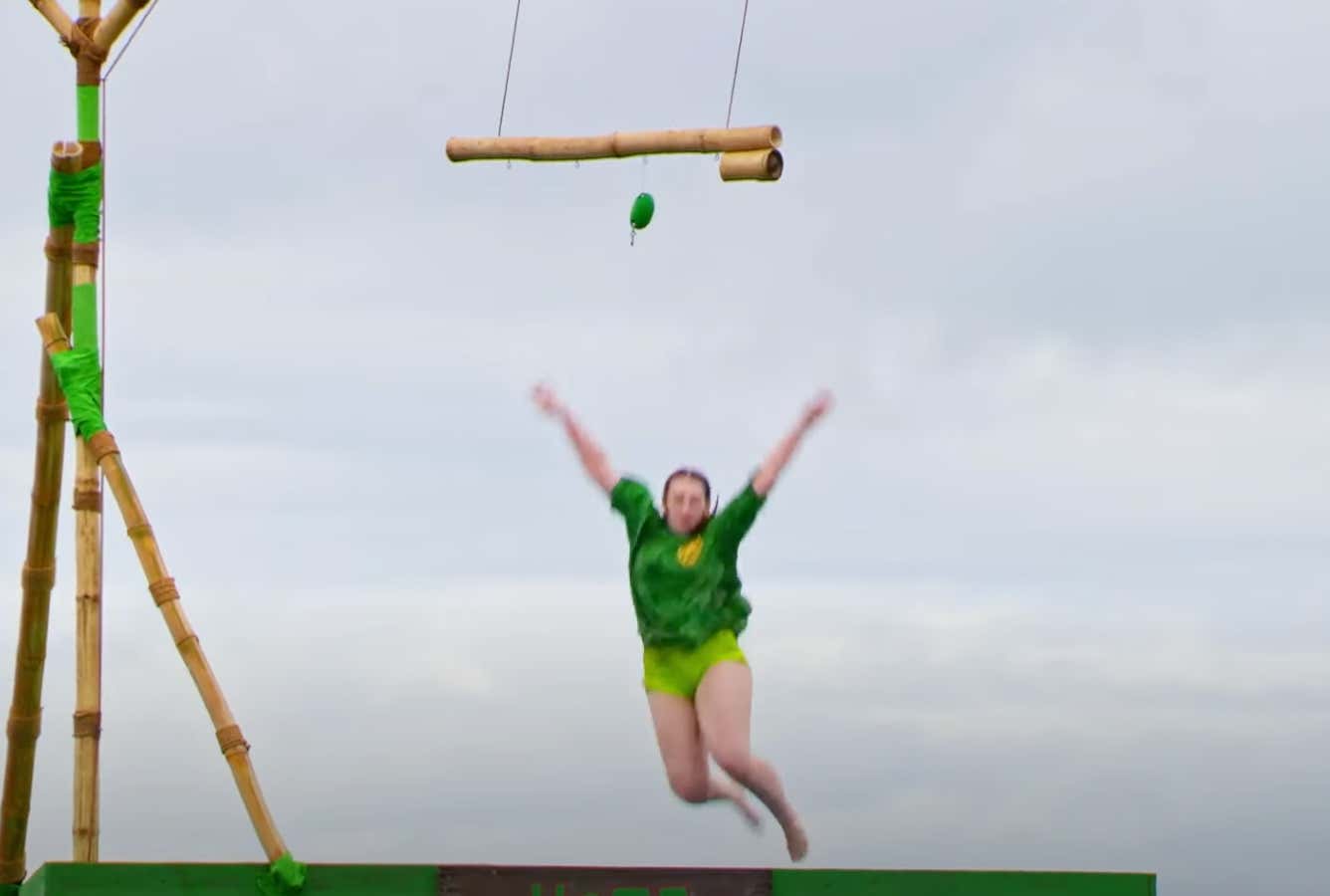 -As for the challenge itself, Orange came in first because of course they did. And the green tribe came from behind to finish in second, sending the blue tribe to tribal council.

-Also of note was Maryanne again saying her rabbit mailbox secret idol phrase thing and nobody else answering. Mike is still waiting to see if someone from blue says it first. But if whoever finds it for them employs the same strategy, then this thing may just never get activated.

-It seemed like Tori was the main one on the chopping block, but then Swati got herself into some trouble. Romeo, Drea, and Tori all came together to realize that Swati has told them all they were her #1 ally. The montage the editors put together was very funny. And after Tori told them about Swati's plan to blindside Drea, trust in Swati was at all time low.

-Tori did a great job of getting herself out of the bottom. She proved to Romeo and Drea that Swati was untrustworthy and playing too hard. It was a masterful performance from Tori and one of the better examples of someone getting themselves off the chopping block that I can remember.

-Rocksroy, ever the strategist, decided he still wanted to vote Tori out just because that was the original plan and he didn't want to change it. So it all came down to Romeo and Drea.

-Swati could sense she was in trouble. She tried to make it seem like Tori was lying and makign stories up, but the truth is that Swati was the one who initially brought up the plan to blindside Drea. She came off as rattled and nervous and I think everyone saw right through it. Well everyone besides Rocksroy who was complimenting how mature Swati was becoming.

-Swati decided to play her Shot In The Dark. The third time it's been used this season after it was only used once in 41. Have to think the producers did a better job hammering home the point of "Hey this thing can save you like an immunity idol so it's worth a shot to play it." And in this instance, Swati didn't need her vote anyway. Tori was voting Swati. Rocksroy was voting Tori. Drea and Romeo were going to vote together and be the deciding votes no matter what Swati did. So Swati's decision was the right one, but the odds just weren't in her favor. She was not safe and went home with a 3-1 vote.

-Swati was a promising player, but she just played a little too hard too fast. I think being so young (19) was probably a big part of that. I bet in a few years if she ever came back for a Second Chance season, she'd be a much better player.

-A big storyline from this episode among fans is basically that the producers spoiled it. In the season preview (Spoiler alert) we see that Tori found the idol and is reading the phrase. And since that hasn't happened yet, then we knew Tori couldn't go home last night. A major, major, major fuck up by the editors. I had personally forgot about that and I'm sure most did, but that's still inexcusable.

This is the clearest I've felt the rankings have been all season. I feel great about that Tier 1.