Before we begin, listen to the following. Audio up.

Guy is more involved, more up on current events, and remembers more of the Barstool Universe than anybody I've ever seen.

I used to be scared by it but over time I've realized he's just a hard-core stoolie from New England who lives, eats, and breathes, the pirate ship.

Well anyway, last night Mario sent this tweet over. At first, I figured it was some old video he dug up from back in the day but after watched it, in disbelief, I was pretty convinced it was something I'd never seen before.

Let's break it down.

If this group was Wu-Tang, this guy with the red bootleg Jordans, cargo sweats, and horseshoe hair would be RZA.

Aka the leader and north star of the group.

When things aren't going right, an intrasquad beef is bubbling, or one of the guys' packs of Newports has gone missing, he's the one that gets things back on track.

Like a well-made metronome his cadence and flow let the rest of The Wu, excuse me, WARAQ, know what time it is and how to come with it.

He's also the one who's face appears front and center on all the magazines. I don't know how to use photoshop well but if the group had their album covers looking like these this is what they'd look like. 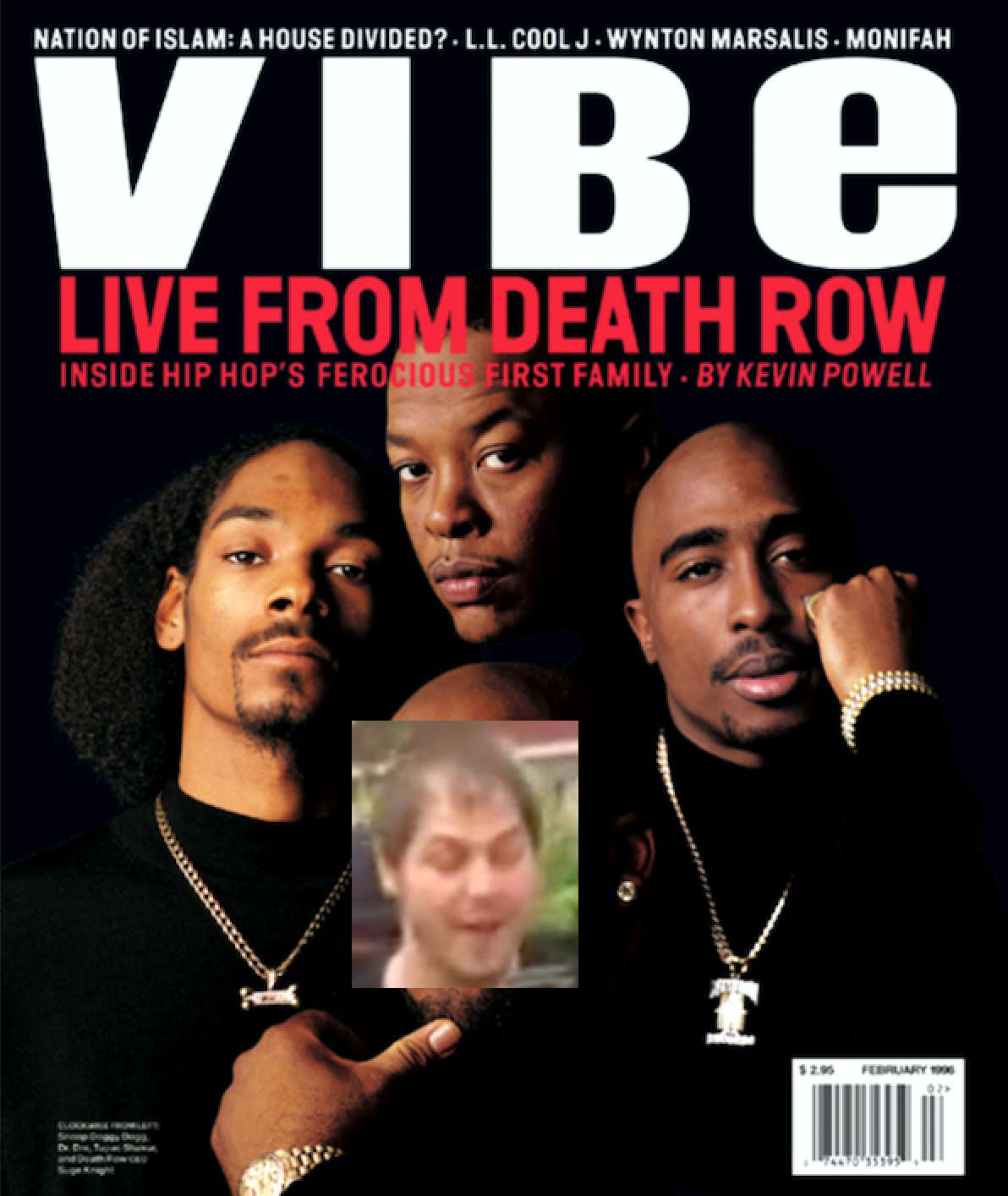 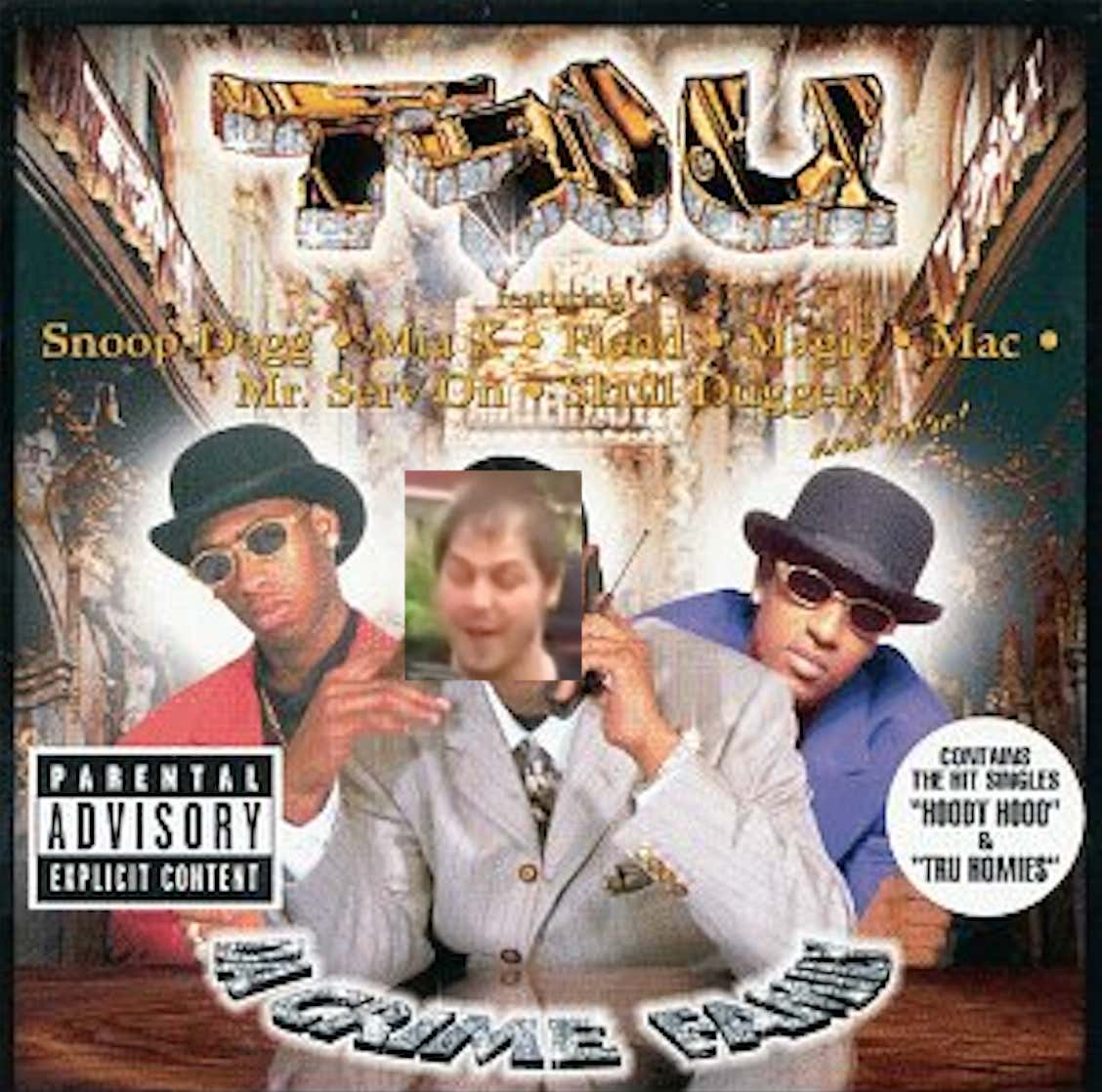 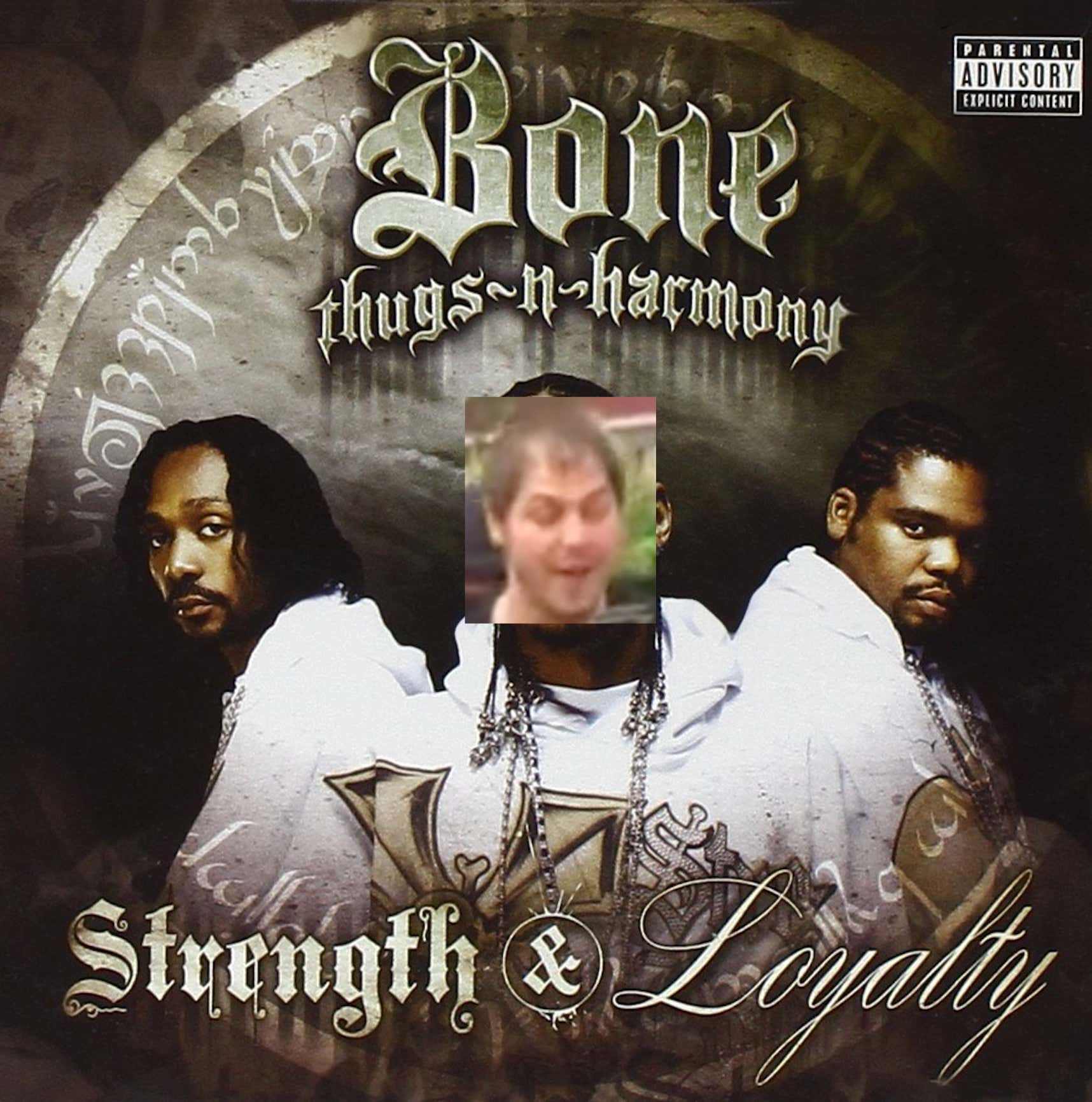 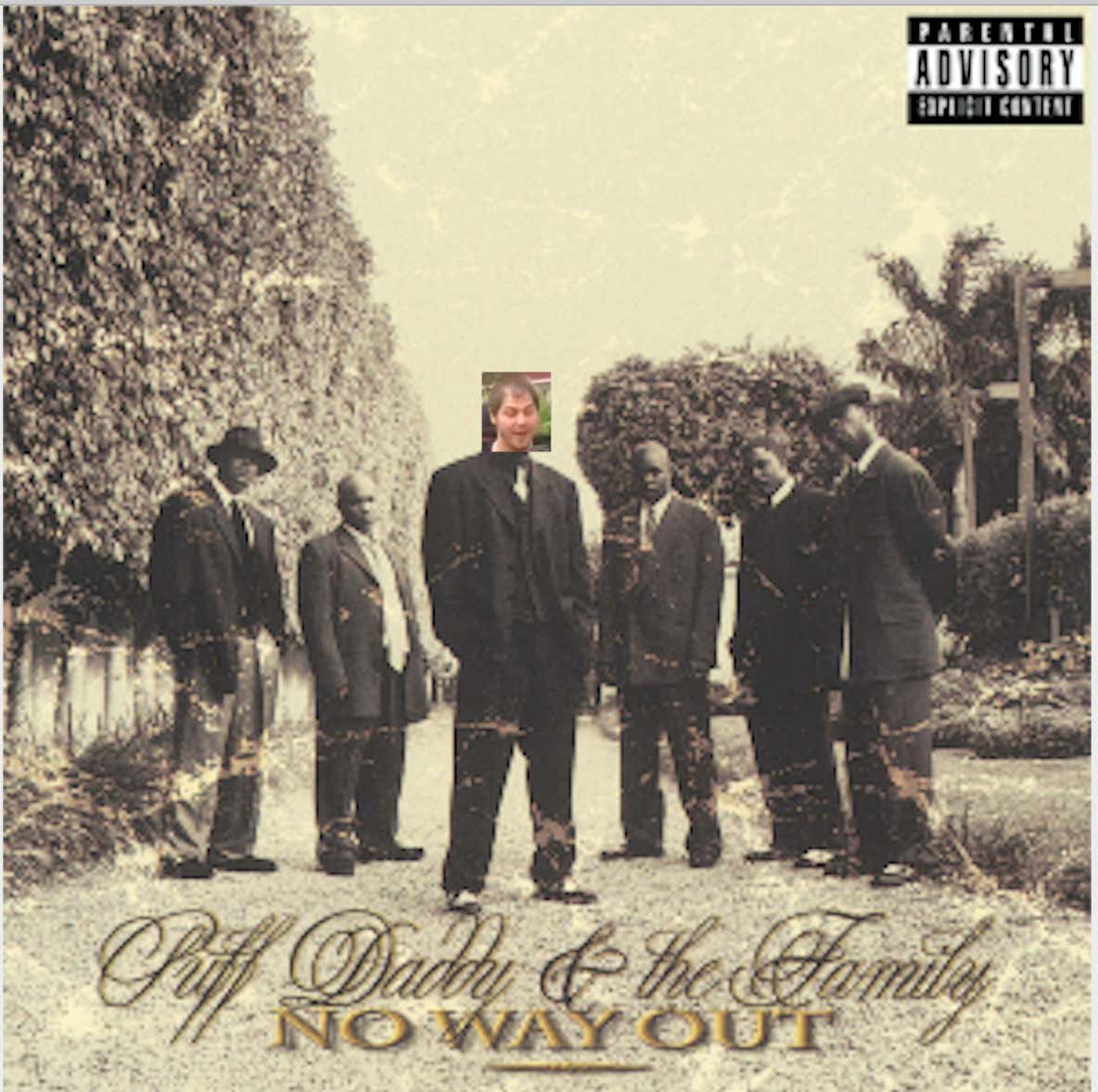 And I know what you're all thinking.

Shouldn't the leader of the group be whoever is the undisputed best rapper in the group?

To which I say, duh.

You heard the guy in his first 2 bars, "J Cole, Kendrick Lamar, and even Eminem can't match him" so what the fuck are we even talking about here? You ever heard of those guys? Pretty big deals

(sidebar- thank God the thought of being able to throw up the "W" hand sign and have it represent Warwick, RI never crossed my mind as a thugged out, wigger, high-schooler or I might have died of jealousy.)

You might ask yourself, "why is a performer hiding behind a mask?"

Well as the revolutionary television program "Fox's Masked Singer" has shown us all, he wants his voice and his hard bars to speak for themselves. You don't need to see his face, which is probably handsome as fuck, and have it cloud your judgment.

The ladies will love him even if his rhymes suck just because he's hot.

The fellas will hate him even if his rhymes are (they are) because the ladies love him because he's hot.

Hypothetically speaking, if he wasn't attractive, you might feel bad for him and give him bonus points.

Well fuck your bonus points. The enigma stands on his own two feet.

Except for when he assumes the catcher position for no apparent reason. 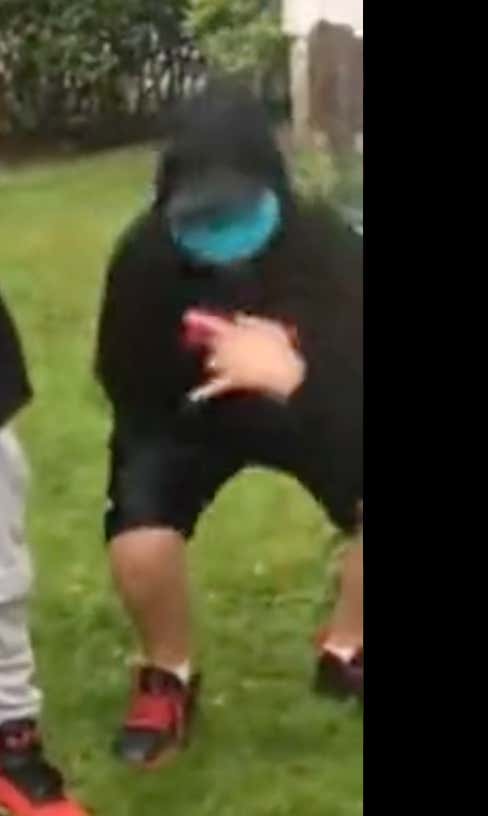 Every big time group has one.

If you don't, it's probably what's been holding you back this whole time. Think about.

And The Undertaker had Paul Bearer (R.I.P.)-

You can't be a rap group, at least one that performs live, without at least one (preferably 10) guy holding a mic for no other reason than to yell random phrases into it and distort the vocals.

"Throw your mother fuckin middle fingers in the air"

Now this particular fella in the video doesn't necessarily look like a "mic work" kinda guy, so I'm going to assume he's up there more for his stage presence and ability to convey to the audience that WARAQ ain't nuthin to fuck with.

An enforcer who doesn't need to use force. His look - all black head to toe, his demeanor, and his heavy use of hand signals gets the point across.

I know what you're thinking because I thought it too. Sadly, no, that's not PFT.

But this guy is funny as fuck.

Did you see the end of this video?

You might be asking yourself what the fuck does comedy have to do with hard core, from the streets, hip-hop?

To which I'd point you to some of the all time great groups, duos, and solo acts.

(Another ALL-TIME video. You're welcome)

Eminem had Ken Kaniff from Connecticut

And of course, there was the legendary Biz Markie (R.I.P.)

So yah, you can argue comedy, or funny business has no place in hip hop. But you'd be wrong. Dead Wrong.

I bet you thought that was the end of the blog but nope. Wrong again.

Your boy did some digging and found the extended cut of the video. And boy am I glad I did.

Because at around the 1 minute mark we get introduced to a new member of the group. 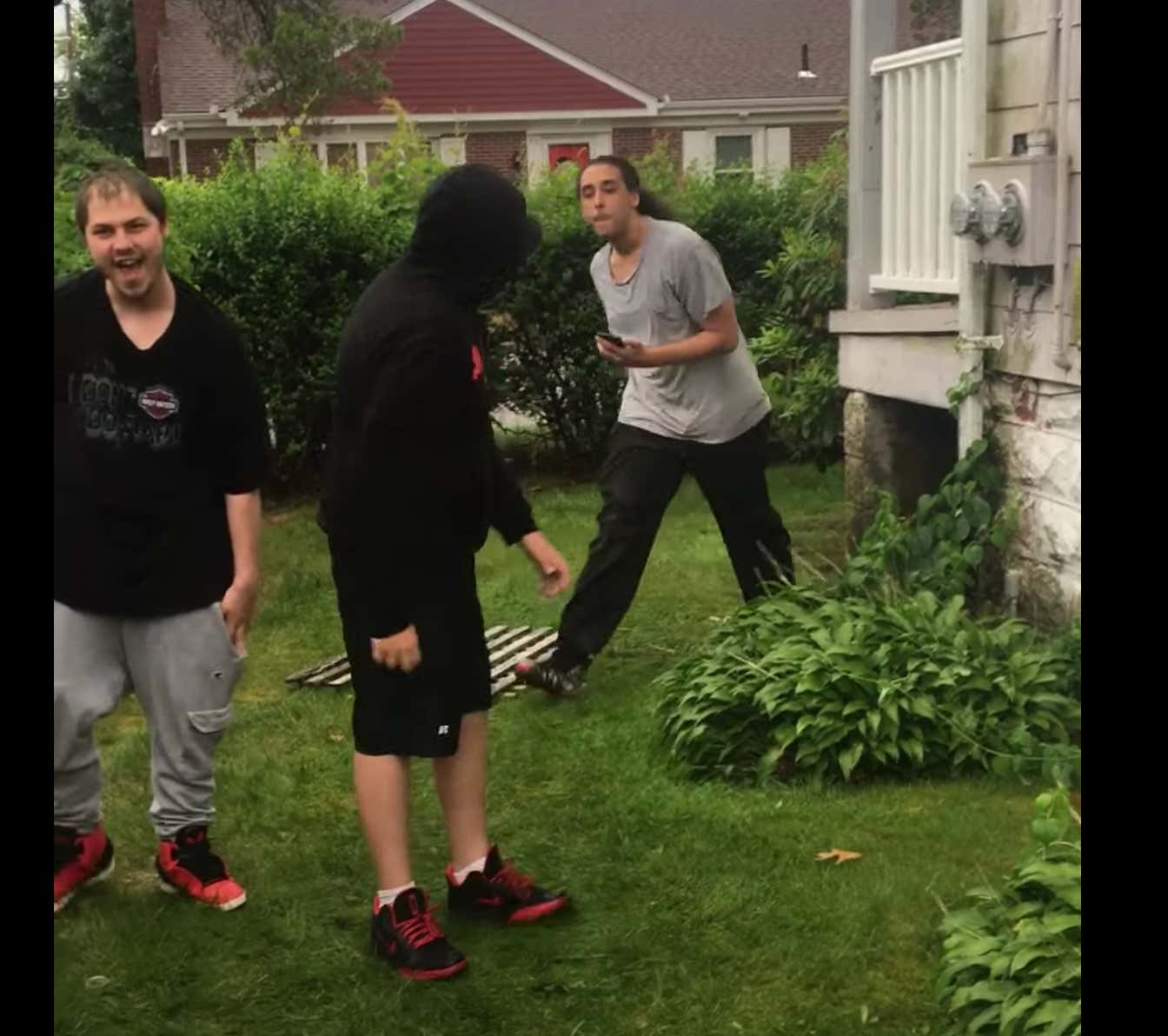 When this guy popped out from underneath the deck I literally spit out my green tea and I wasn't even drinking any. 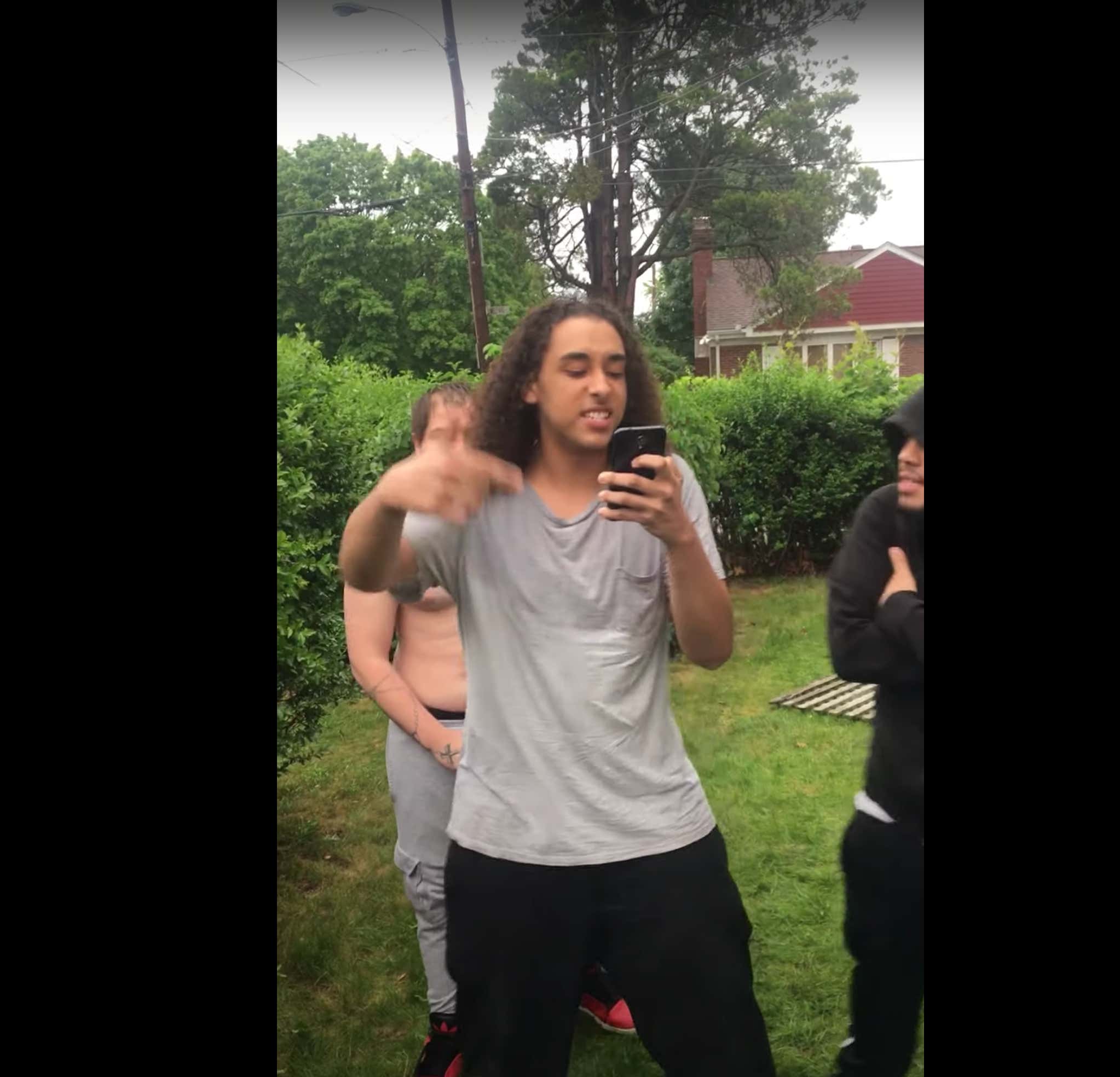 I'm just gonna be real with you all for a minute.

It's hard out there in the streets. It's even harder in the hip hop game.

To be taken seriously nowadays you need credibility.

I don't care if you're from a middle-class town with an extremely underrated and efficient airport that's also home to DJ Paulie D, or from Queensbridge, New York City.

You can't rap about it and not be about it.

I'll be honest, I was a little scared watching the first minute of the video thinking that was it for the group.

Sure their talent would carry them far. But what happens when the haters start coming for them like they did for Eminem? Just because they're (predominantly) caucasian, and probably went to Bishop Hendricken High School doesn't mean they can't be sick MCs. But haters are gonna hate.

But thankfully this guy came out from under the porch and put those concerns to rest.

And he spit bars so fucking hot that the guy behind him (the leader) had to take his shirt off.

My ONLY criticism here (constructive of course), would be to pace yourself. Slow down a little homie. Ride that beat in your head. You were so worked up and caught up in the moment that you were running out of breathe. Don't worry, the same thing happened to B. Rabbit. Always remember you only get one shot. Do not miss your chance to blow. This opportunity comes once in a lifetime.

Again, bet you thought we were finished.

As the leader surprises us in the video, there was one more bonus featured artist to be heard. "WARAQ's newest artist… Pale Mamba". 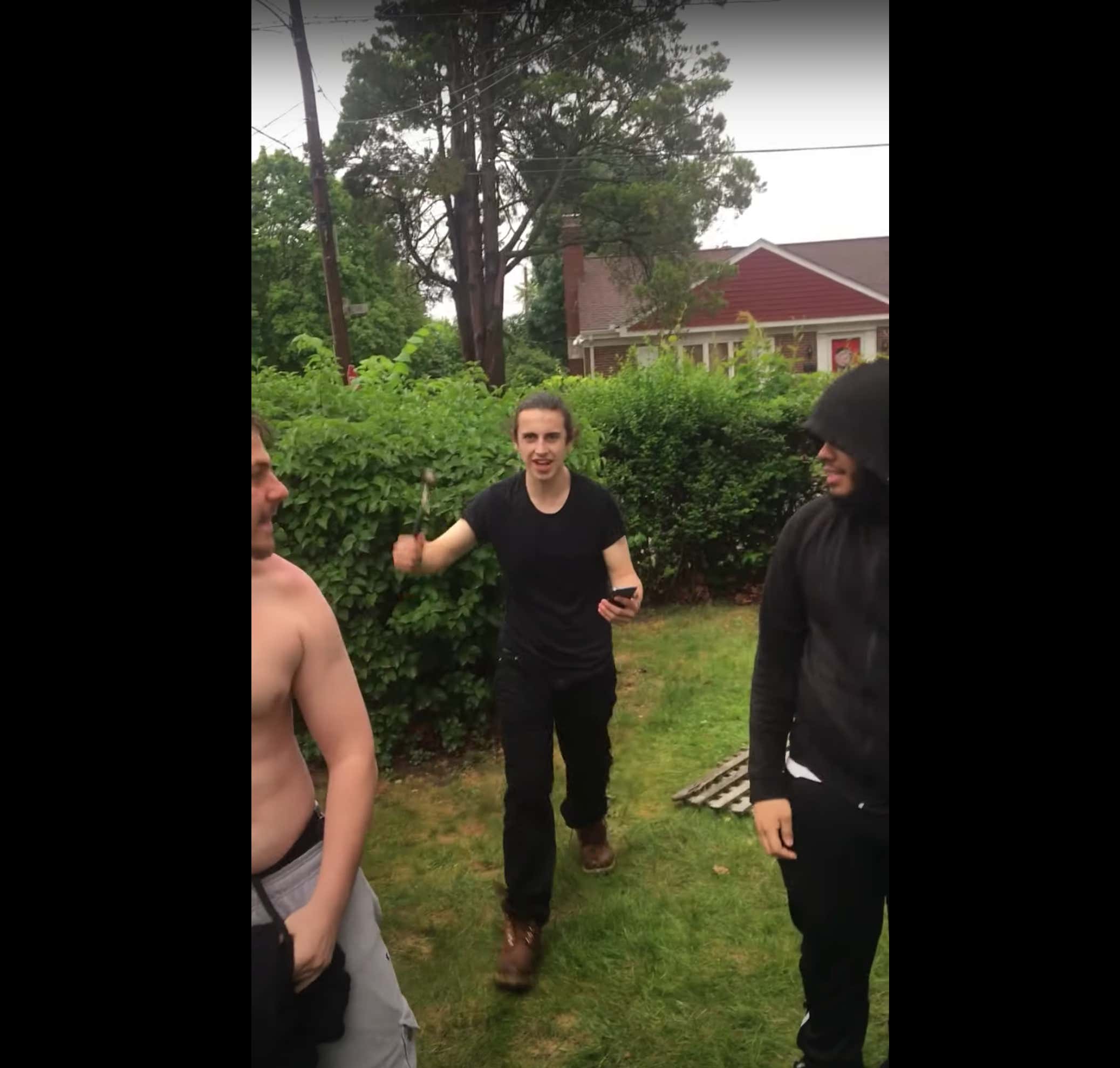 I'm not gonna lie. I was in on WARAQ even before the guy from under the porch and The Pale Mamba, but now I couldn't be more sold.

If they were an over the counter stock I'd sell my house and liquidate every asset I own to buy buy buy right now.

First off, I always loved the nickname "Black Mamba" but you're kidding yourself if you don't admit "Pale Mamba" shits all over it.

Plus, coming out with a hammer in your hand is the ultimate entrance. Immediately puts your audience on alert for what's next.

Who cares if he was looking down at his phone the entire time. If you were looking for eye contact you're a fucking loser. The show was in his right hand the whole time bro- the hammer. 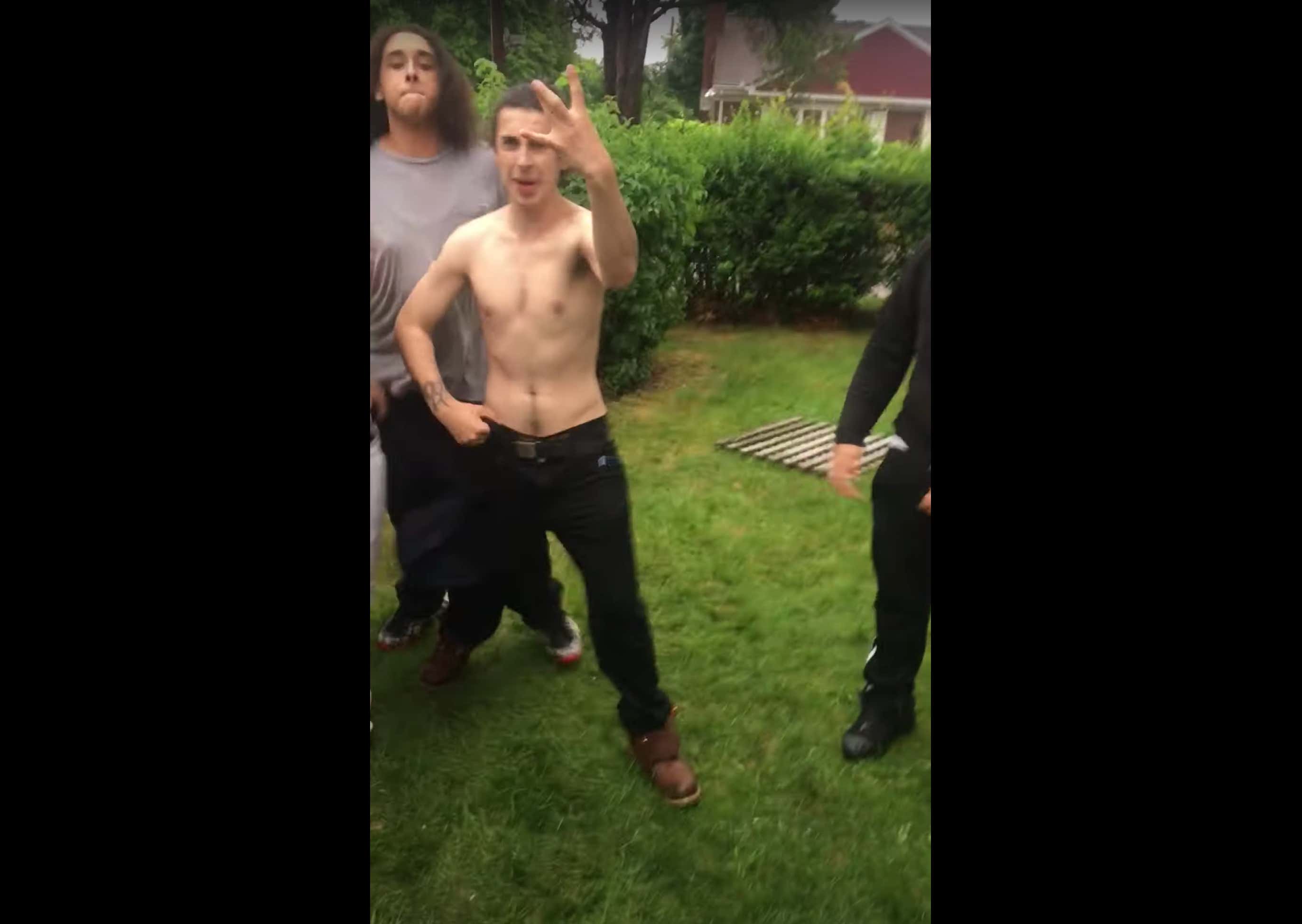 "WARAQ IN THE BANK AND WE AIMIN FOR THE VAULT!"

p.s. - these guys have a "World Tour" coming up that's basically some midwest and coastal Carolina shows over the next two months that I think I am required to go to to with Rone as a guest host and film a Barstool Backstage episode.

If WARAQ's publicist is reading this please reach out to me if we can set something up.