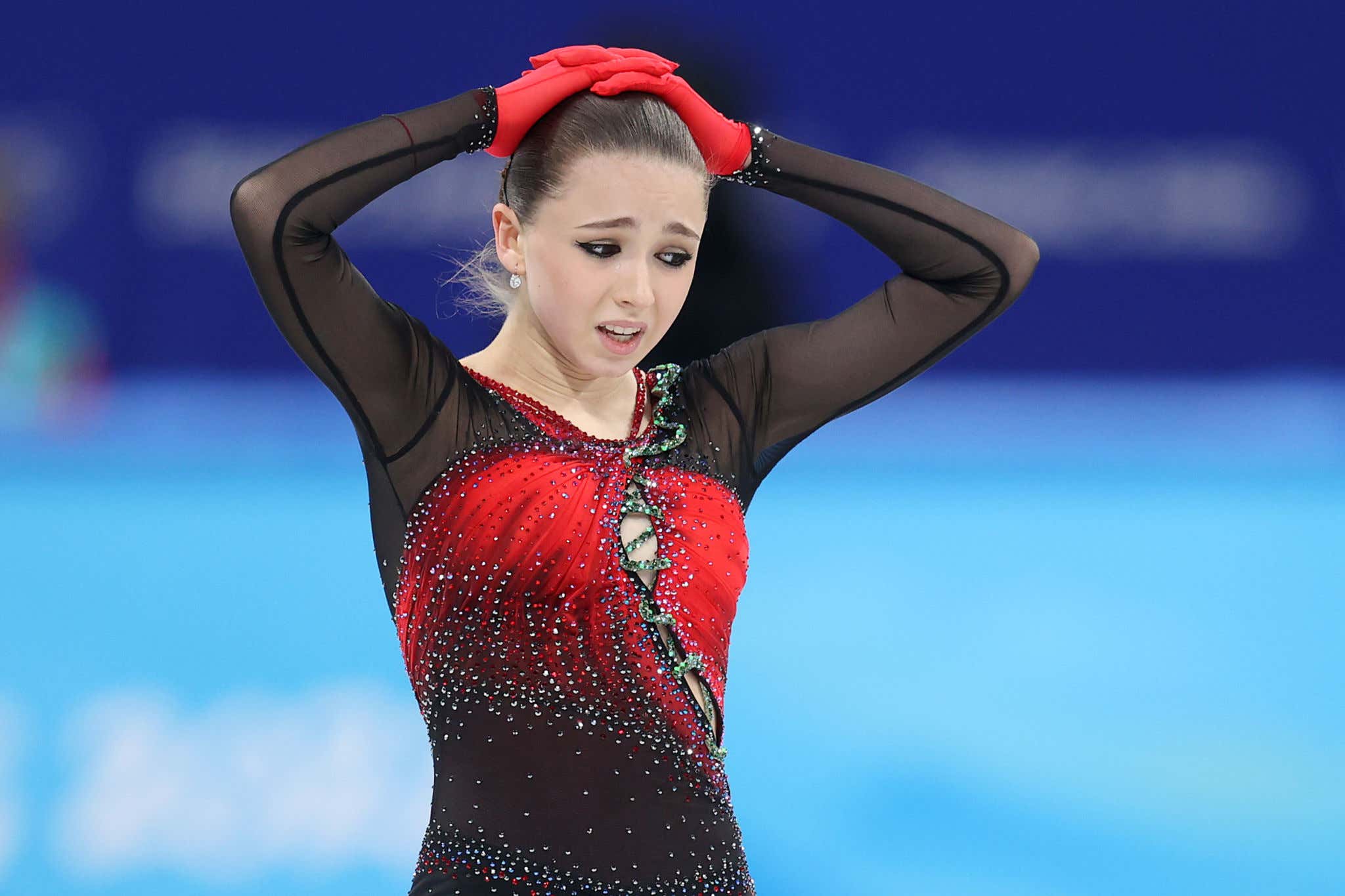 I don't know if you've been noticing, but the Russians have been up to some pret-tay sketchy dealings as of late. I don't mean to be too disparaging to anyone's ethnicity or country of origin. And I'd hate to be the one responsible for writing the blog on a sports/pop culture/humor site that ends up being the spark that ignites World War III, like a modern day Gavrilo Princip, with a laptop for a bomb.

That said, if there's something worth risking deep fried, radioactive Armageddon over, ,it's the integrity of the great institution that is International Figure Skating. It should be, and always has been, the great unifying force that brings people from around the globe of different cultures, backgrounds, countries and experiences together. It's a phenomenon that speaks the universal language of jumps and spins, Salchows and Toe Loops, technical merit and artistic impression. And yet the powers that be in Russia have tried to corrupt that which is so good and so pure for their own nefarious ends. To the point I'm not sure we can get along with that government any more.

In the Winter Olympics, it ended badly for a Russian team already so tainted by its systematic use of banned substances that they were technically not even allowed to compete for their country, but for some bastardized Russian Olympic Committee banner. Culminating in having their star athlete test positive and collapse under the weight of scandal:

Well not ones to simply apologize, take the lumps of their banishment from competitions and stay home, Russia is up to no good again. Trying to ignore the fact their most accomplished and celebrated competitor is a known cheater, they're trotting her out to win medals in their own phony baloney event like nothing ever happened:

Source - Kamila Valieva will return to competition in Saransk this weekend with no apparent conclusion to the doping case that blighted the Beijing Games in sight.

The 15-year-old Russian figure skater is set to compete in the Channel One Cup, a Russian-only event contrived to clash with the World Championships, which start on Wednesday in Montpellier, and from which all Russian skaters are banned due to sanctions imposed following Russia's invasion of Ukraine.

Reports in Russia this week have intimated that the Russian Anti-Doping Agency (RUSADA) intends to use all of its allotted six month time-frame from the date of the notification of Valieva's alleged offence to reach a decision over a prospective sanction - meaning the ruling will be delayed until August at the earliest.

An asterisk remains attached to the result of the Olympic team competition, which was won by a Russian team including Valieva, and for which the medals are yet to be awarded, despite a failed appeal to the Court of Arbitration for Sport by the current silver medallists, the United States.

Is there nothing the government of this country will not do if they think they can get away with it? Have they no sense of decency? Can't Putin and his minions simply sit this one out, let the world gather in France to enjoy some skating free from their doping and general shadiness? Apparently not. They'll probably be landing quads all over the place and using it to make the case the rest of us can't compete on their level. It's like they've got nothing more important on their plate, so they're determined to distract the rest of us from being able to enjoy a nice, skating competition, free from scandal for the first time in a long time.

It's shameful. But it's exactly the sorts of shenanigans we've come to expect from that corrupt regime. Again, not to speak ill of innocent Russian people who are all about fair play and sportsmanship, but it's like what Patton said when he was asked what he'd do if he had the Germans on one side and the Soviets on the other: "I'd fight in both directions." Here's hoping they cancel this event and let skating unite us once again, instead of dividing us.