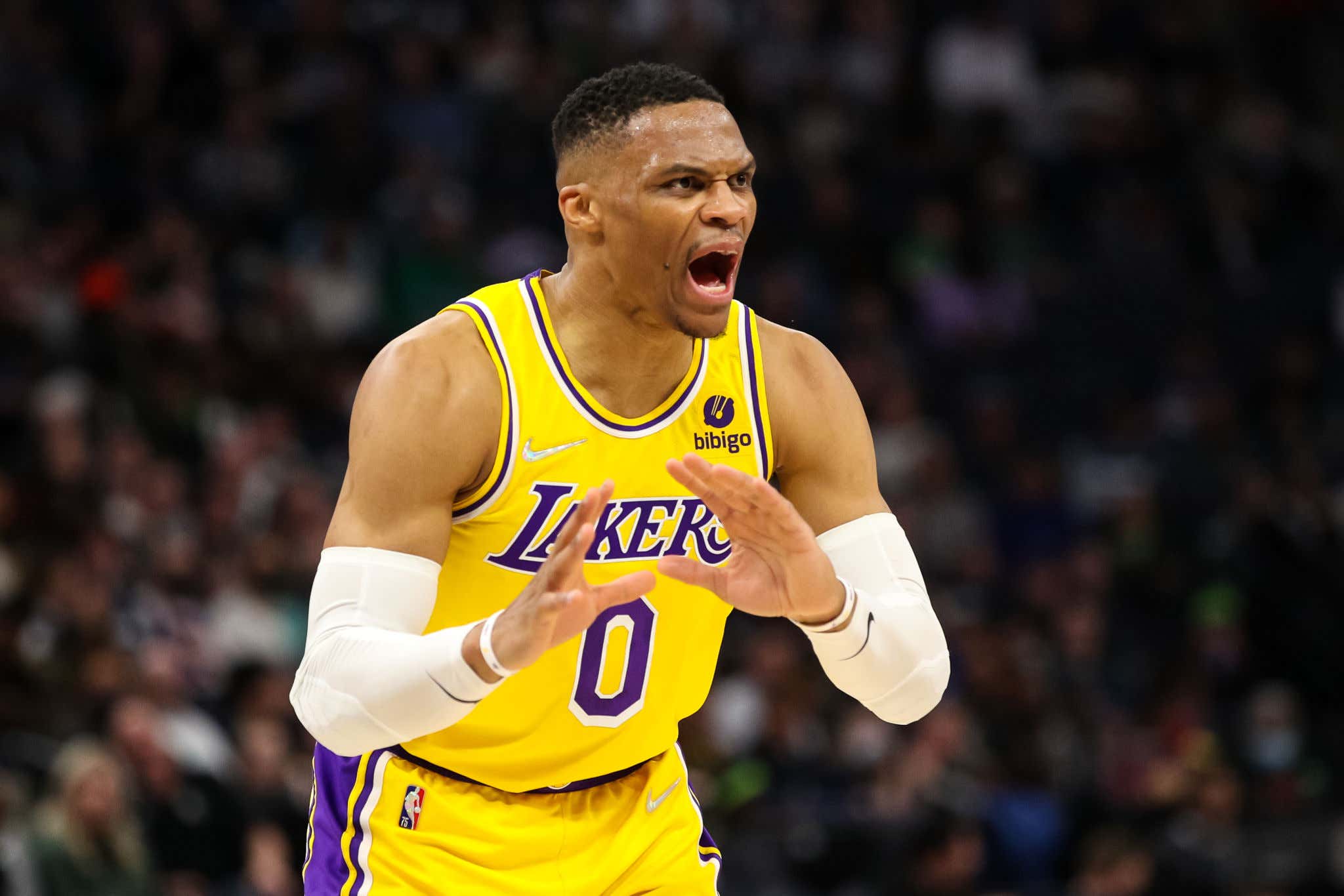 We all know the Lakers stink. That's not exactly new information. It's also not new to say that Russell Westbrook hasn't exactly had the best Lakers tenure. Some might argue they should have known what they were getting when the team decided to let LeBron just bring in all his friends. Personally I've enjoyed the dumpster fire, but that's just me.

As we also know, when you play for one of the biggest markets in the league and one for the one time respectable Lakers organization, if you suck you're going to hear about it. Nobody hears about it more than Westbrook which is understandable given his poor play as of late. The thing is, he's also someone who does not take any shit. Meaning, if you're going to talk shit to this man, be prepared for him to come right back at you

This pretty much sums up life in 2022. Everyone is down to talk shit until their confronted about it. It's like Twitter has given people this irrational confidence to say whatever, but since it's the internet they aren't used to when that player actually calls them out face to face. When that happens, you'll almost always see those people cave so fast it'll make your head spin. That second video is legitimately one of the funniest turtles I've ever seen. We all heard the stuff about how Westbrook has an issue with "Westbrick". Whether that's him being a little too sensitive or whatever, that dude knew what he was doing. That's a tough look for that guy. Wanted to get the jokes off until it came time to man up to what he was saying, then it was crickets. In the first video with that Raptors fan it was the same thing.

Remember, this is not the first time we've seen Russ go back and forth with fans

and I get it. Players having to deal with fans talking shit is part of the game. As long as you don't take it too far and aren't a gigantic loser about it, it's fair game. I just don't think you can be someone who talks shit and then when you're confronted about it you immediately backpedal. Have some conviction. You wanted the internet clout by recording you talking shit, own it. This is sort of like how I felt about the Sixers Twitter account deleting that Embiid > Jokic tweet once the Nuggets account dragged them for it after their win. If you can't own your shit talking, don't do it. That's way more embarrassing for you than it is for someone like Westbrook. Yeah, his jumper is still going to be broken as shit and the Lakers will probably lose but that's beside the point.

If you're someone who feels the need to do stuff like this, I suppose go on ahead. That's a weird thing I'll never really understand, but all I can say is if you're brave enough to say something in the first place, you probably shouldn't record yourself also immediately caving the second you get called out for your bullshit. That seems like shit talking 101.