Steelers have just signed Mitchell Trubisky to a 2 year deal. My initial reaction was definitely an over reaction. I was very upset with the signing. I really wanted Watson. I felt like he fit in perfectly in Pittsburgh, but after all these years I should've known better. The Steelers just don't make those type of moves. I respect it. The only thing that worries me is that the steelers "way" hasn't been really successful as of late. They haven't had that spark in recent years at the Quarterback position and I felt like Watson was that guy. I guess I got my hopes up for nothing.

In my opinion Trubisky is the day one starter over Mason Rudolph which I'm happy about. The last thing I wanted at that position was for Haskins and Rudolph fighting for the Qb 1 spot. This is a good deal for the Steelers. They give up no assets. If they were to go get Watson they would've had to give up a few first round picks and he came with a huge salary cap hit. A little part of me wanted Jimmy G. He is a Veteran and proven starter with a record of 5-2 in the playoffs. Jimmy G is a winner. Can we say the same about Trubisky? Big cat would know best. According to Big Cats twitter Over the last few years he LOVES Mitch and that gives me hope. Cat was the one who calmed me down after the news broke. If Big Cat say he's a good guy give him a chance then I have no choice to be all in on Trubisky. As a bears fan he knows a lot more than I do about him.

Let's not forget He won the NVP. Which is a huge accomplishment. I'm going to give him a chance, I believe in Trubisky.  I hope one day I look back on this blog and realize It was Always Money Mitch. As for the Steelers offensive coordinator Matt Canada, If you read this you have no excuses now. You finally got your "mobile" QB you've always wanted. There isn't anyone to blame now but yourself. Mitchell you got my respect. Welcome to the burgh. 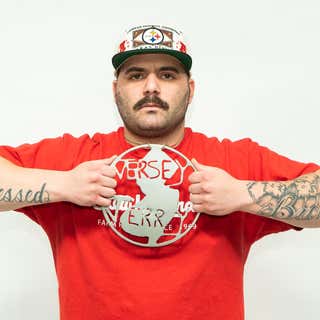