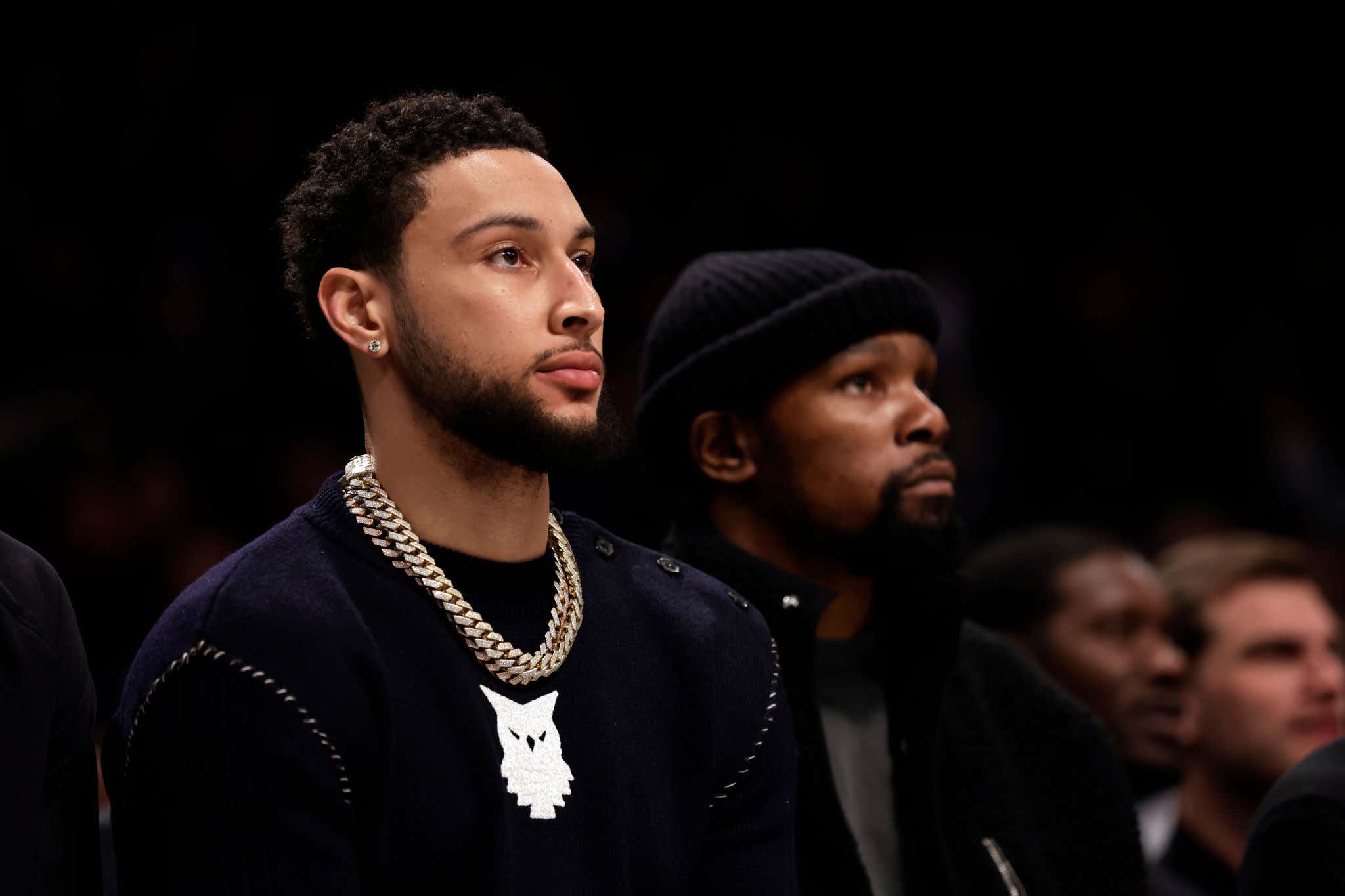 We're just over 24 hours away from Ben Simmons making his return to the Wells Fargo Center. Which doesn't necessarily give us a ton of time to gameplan here for Ben's return. With a moment as big as this, that's less than ideal. So I need everybody to hear me out on this one.

Anybody who thinks that Ben Simmons will be making the trip to Philly to sit on the bench with the Nets just so he can be there to support his new teammates clearly either A) hasn't been paying attention or B) is donkey-brained beyond repair. You're either clueless or moronic or a combination of the two. Everything that Ben Simmons and Klutch has done so far since game 7 of the Hawks series has been calculated. You can make the argument that it's been miscalculated drastically, but still calculated nevertheless. And this is just another example of that.

The only reason why Ben is showing up to the Wells Fargo Center is so he can get boo'd into Bolivian, have a good hard cry in the locker room during halftime, and then wipe his tears away with the $20 million he gets back from the Sixers after this grievance gets settled. I mean just look at how smug this son of a bitch is about the situation right now.

It's a trap, alright. But sometimes the best way to get out of a trap is to just walk right into it and turn the trap around on whoever set it there in the first place. Which is why if you truly care about the Sixers, you'll cheer the shit out of Ben Simmons all night on Thursday. You'll cheer him until the point that it gets uncomfortable. It can be as laden with irony as you want. Every time he takes a sip of water on the bench, you cheer him. Every time he gets up out of his seat during a timeout, you cheer him. If the Sixers make a tribute video for Ben like Doc Rivers said,

Then you cheer and applaud the shit out of that video. Because as great as it might feel in the moment to boo and hurl whatever insults you want at Ben Simmons on Thursday night, it'll feel even better for him to get back the $20 million he was fined this season for being a coward. You gotta hate to lose more than you love to win. And Ben Simmons getting any of that money back is a loss for Philly fans.

My only fear is that enough Philly fans will heed this warning. The issue with us, as a fanbase, is that we're way too emotional. We just have to learn to be a little more cerebral, a little more strategic. Booing Ben Simmons and making his life miserable for one night in Philly is immediately wiped away when $20 million magically appears in Ben Simmons' bank account. So hit him where it hurts the most. His dick.

PS - "Condescendingly Cheer Ben Simmons" was a focal part of this week's First Time, Long Time. Hop in. We'll hang up and listen.