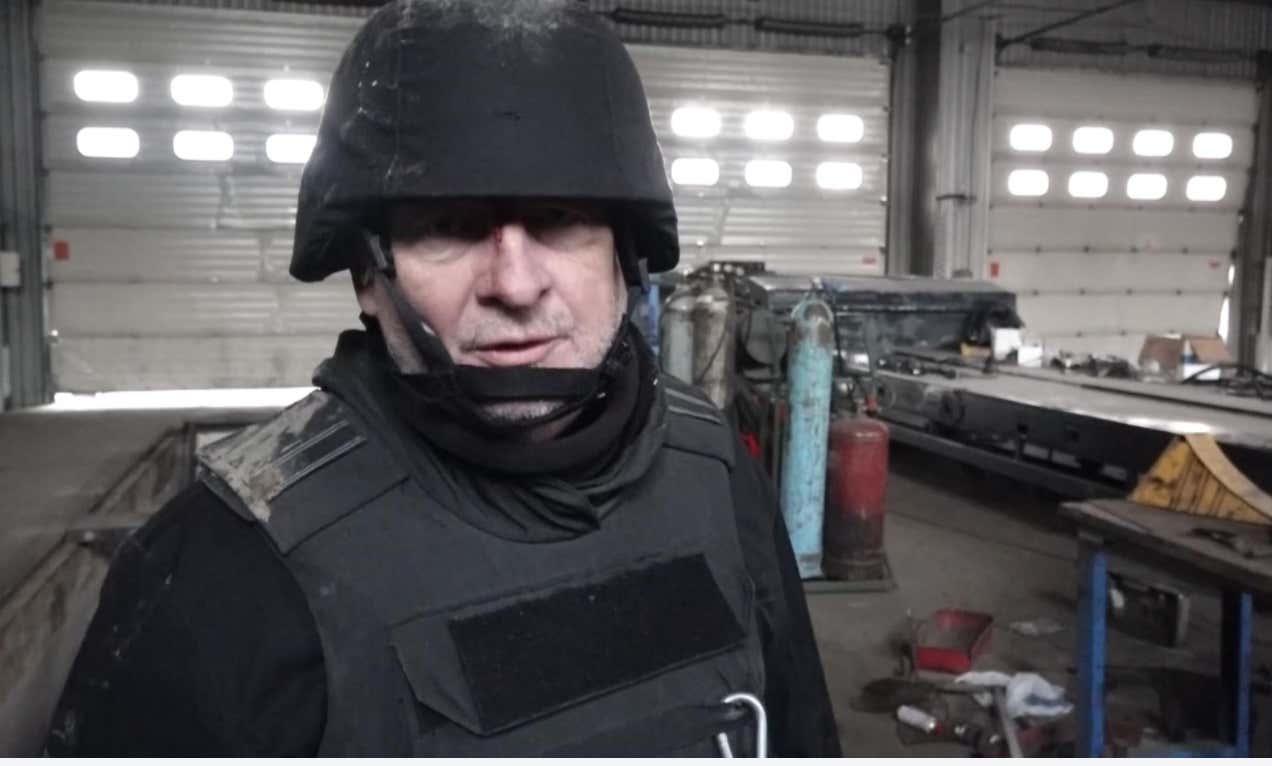 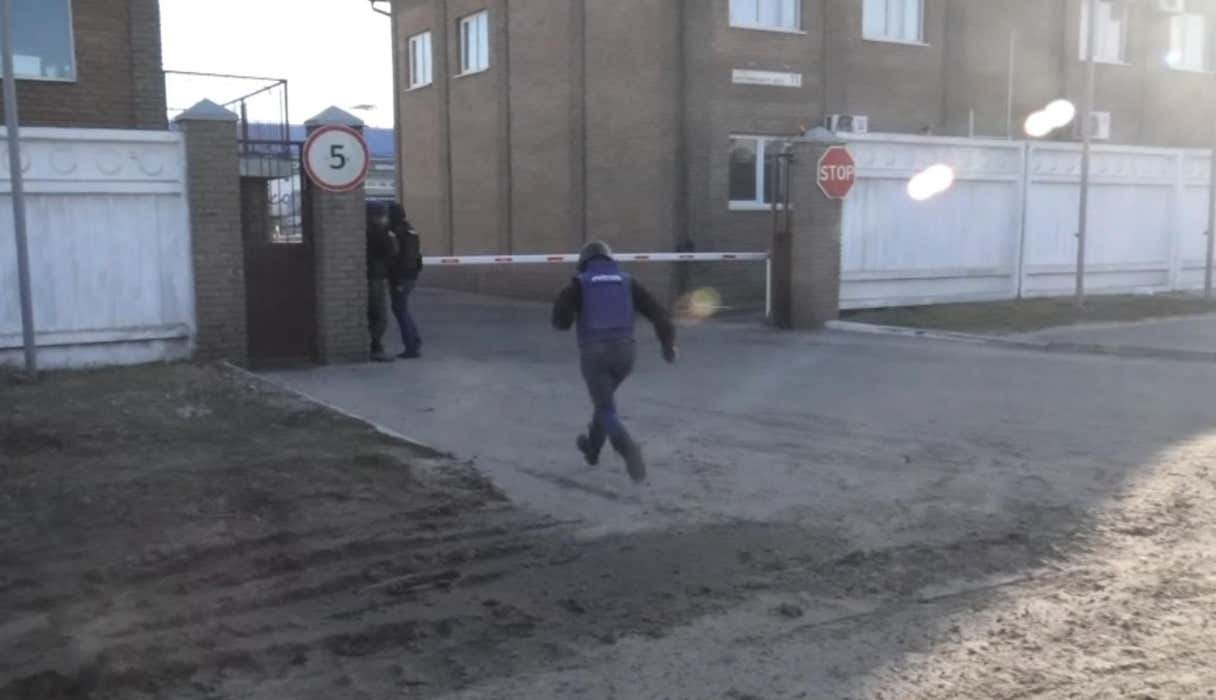 …A police officer walked to the car and handed us ice creams through the window, telling us we could turn left and go down the road to Kyiv - he said it was open.

We set off, but it was deadly quiet, and it's fair to say we were concerned. But we travelled slowly forwards towards an intersection. There was rubble in the road, but that's normal now. There were no soldiers, it all seemed deserted.

And then out of nowhere a small explosion and I saw something hit the car and a tyre burst. We rolled to a stop.

And then our world turned upside down.

The first round cracked the windscreen. Camera operator Richie Mockler huddled into the front passenger footwell.

Then we were under full attack.

If you think the journalists who are reporting from the front lines in Ukraine are safe from danger just because they're wearing big pieces of tape that say "PRESS" on them…this might make you reconsider that stance. Chief Correspondent Stuart Ramsay and his Sky News team released the footage from what was without a doubt the most terrifying car ride of their lifetimes today — as you'll see in a second, they're lucky to be reporting anything at all.

After attempting to make the roughly 30 km trip to the town of Bucha to cover a Russian convoy that got wiped out by the Ukrainian army — "trusted contacts in the town told us it was quiet" — they decided to call it off after a couple of officers at a checkpoint gave them the old "I wouldn't keep on going that way if I were you."  Seeing as they were Ukrainian fighters who had spent a week in that exact area, you know…fighting a war, the Sky team wisely took the advice, and turned around to go back home.  After a bunch of checkpoints and re-routes, followed by more checkpoints and more re-routes, they found themselves on a suspiciously empty road:  "deadly quiet, and it's fair to say we were concerned. But we travelled slowly forwards towards an intersection. There was rubble in the road, but that's normal now. There were no soldiers, it all seemed deserted."

What happens next, Ramsay describes in detail — I would run not walk to read his full account on Sky.com; it's truly poop-your-pants worthy.

Immediately after stopping, a bullet rips through the windshield. You can't see any of their faces, but you can picture exactly what's happening  in the split seconds afterwards: everyone stunned, trying to think of a convincing explanation for that not being what they thought that was. And then, they're diving onto the floors and into the footwells, scrambling for cover and screaming "JOURNALISTS! JOURNALISTAS!!" as bullets and tracers eviscerate everything around them: "Bullets cascaded through the whole of the car, tracers, bullet flashes… windscreen glass, plastic seats, the steering wheel, and dashboard had disintegrated."

They ended up crawling to the road barrier and diving down a 40-foot embankment, but not before Ramsay was hit in the lower back ("it kind of felt like getting punched") — the cameraman took a bullet as well; luckily, both of them were saved by their vests. They ran to a nearby factory — still taking fire this whole time, by the way —where a couple of guys let them in to their "workshop," where they hid out for what ended up being the entire night before they could be rescued, the whole time expecting the shooters to barge in to "finish them off."

We knew it would take hours and fully expected to spend the night in the workshop while the logistics were worked on. Extracting people from remote locations in the middle of a war that keeps moving is fiendishly difficult.

Outside, the sounds of the battle intensified. We had no idea what was going on, but we were scared that at any moment the garage doors would explode inward, and gunmen would come to kill us.

That whole time, they thought they were taking fire from a confused Ukranian patrol hunting saboteur groups — soon after they got to safety, they found out the chilling reality:

"We didn't know it at the time, but we were later told by the Ukrainians that we were being ambushed by a saboteur Russian reconnaissance squad. It was professional, the rounds kept smashing into the car - they didn't miss."

I mean it's just absolutely insane.  This 5-person team of reporters, ostensibly neutral observers, end up in the middle of what you would normally think was an action-movie plot, only this one was WAY too real — down to the daring last minute rescue, speeding off in a Ukrainain police car under cover of darkness, nursing bullet wounds/bruises, all of them surviving.

Even more insane when you consider that thousands and thousands of regular-ass Ukranian people are willingly putting themselves in similar situations every single day for their country.