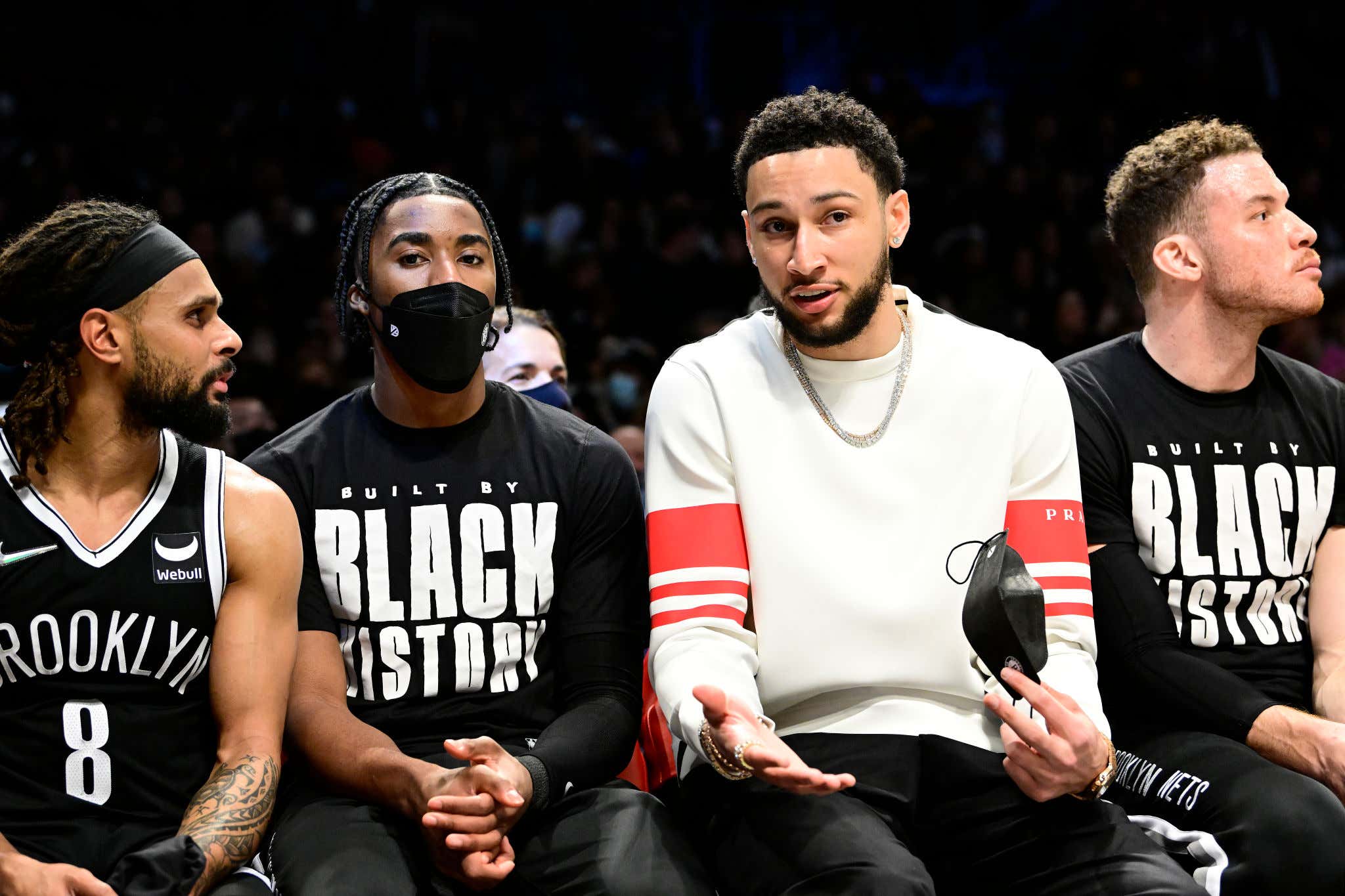 Listen, if Ben Simmons is hurt, then he shouldn't play. That goes without saying. But it also goes without saying how much this suuuuuuuuuucks. Even Sixers fans knew he would "dodge" this game given their experience with Ben Simmons drama, I was still cautiously holding out hope. The quotes from Simmons and the Nets when he first got there made it seem like this could be plausible. But then we got that seed planted by Shams last week

and back on the 26th, it was a day to day thing. Now they are talking like this is a week to week thing which is an even bigger bummer

It'll be interesting to see how soon after that 3/10 date this back soreness suddenly goes away. I'm not saying Simmons isn't hurt, how the fuck would I know. I also know 3/10 is 8 days away so it's a little concerning that there is word being spread from Klutch that he might not even play this month. If he was going to duck the Sixers, this is how you do it. You start this paper trail weeks before that 3/10 date.

As someone who just wanted to see the drama of that game, this is a big time letdown. Especially since KD is now back and Kyrie would be active in that game

Not only is a BKN/PHI matchup entertaining given how their games have gone this season, in theory we were going to get both teams at full strength playing each other post deadline trades. What more could you want? I'm pretty sure the ratings for that game would have broken records. Now, it's all going to be a "what if". Who knows how the playoff seeding will shake out or how the playoffs will unfold. There's a chance we might never see a PHI/BKN matchup with both sides at full strength and frankly we all lose in that situation. I want the drama, I live for the drama and I cannot think of a matchup that gives us more drama than PHI/BKN.

So, if March 10th is out, all we can do is hope to potentially see this in a playoff series. I suppose that'll work too, and there's a chance we could see a 1/8 matchup or a 2/7 in the first round. Shit, I wouldn't even rule out a 3/6 if the Nets get back to looking how they did before KD's injury. All I ask is that whenever they do play, that everyone be healthy. The people want to see both sides at full strength. When we'll get it though is now anyone's guess