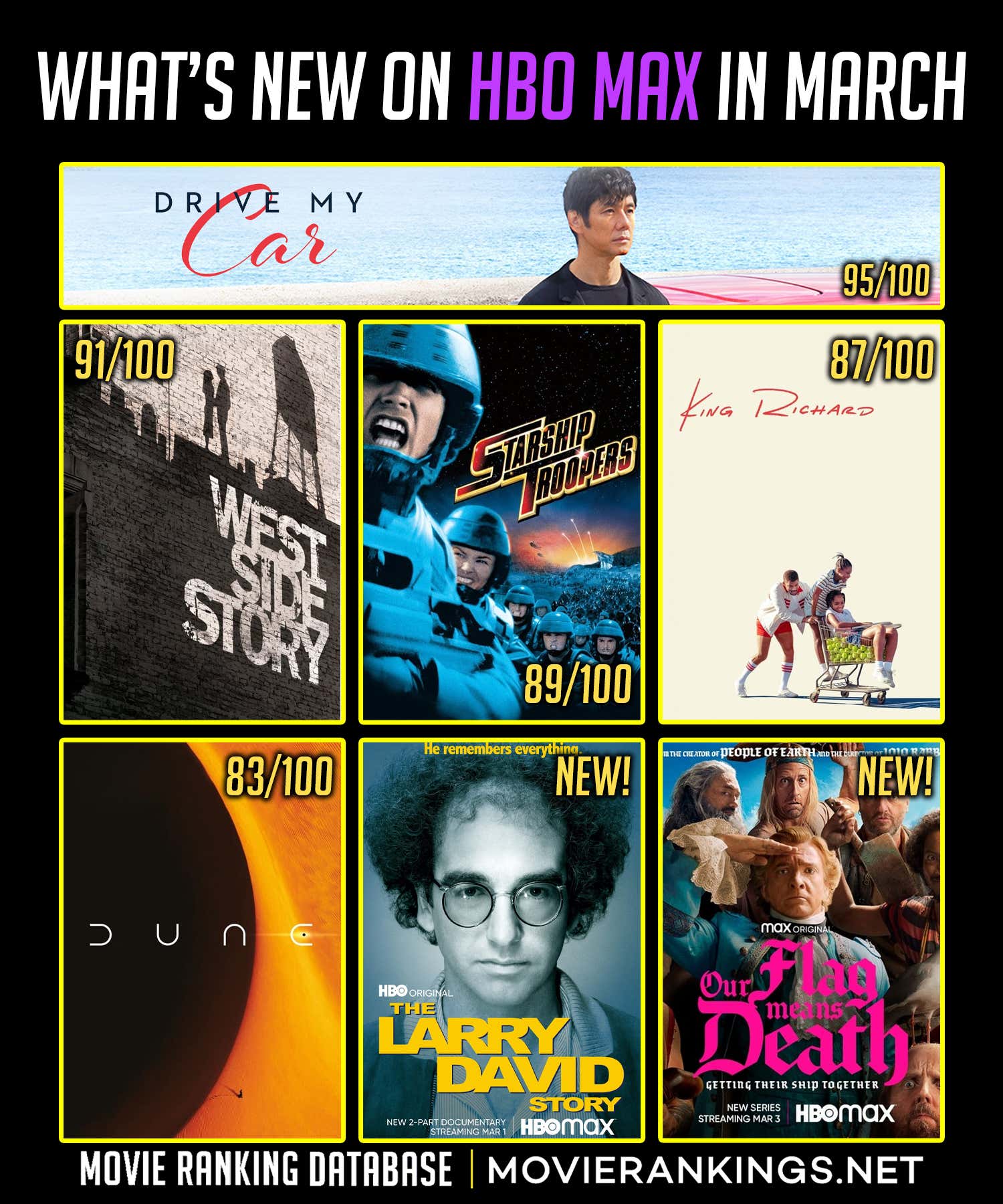 Set in the future, the story follows a young soldier named Johnny Rico and his exploits in the Mobile Infantry. Rico's military career progresses from recruit to non-commissioned officer and finally to officer against the backdrop of an interstellar war between mankind and an arachnoid species known as "the Bugs".

Like with everything Paul Verhoeven, there are multiple levels to this movie. For some, they watch this and see a schlocky, sci-fi action movie. Others see it as a funny critique of ultra-nationalism. No matter what, there is something to enjoy for you.

After trading in his comfortable life for one of a buccaneer, Stede becomes captain of a pirate ship, but struggles to earn the respect of his potentially mutinous crew. Stede's fortunes change after a fateful run-in with the infamous Captain Blackbeard, played by Taika Waititi

Taika Waititi has not missed yet on a show or movie, so I am pumped to see what he does with this. It stars his longtime collaborator Rhys Darby who is hysterical in every role I have seen him in.

Paul Atreides, a brilliant and gifted young man born into a great destiny beyond his understanding, must travel to the most dangerous planet in the universe to ensure the future of his family and his people. As malevolent forces explode into conflict over the planet's exclusive supply of the most precious resource in existence-a commodity capable of unlocking humanity's greatest potential-only those who can conquer their fear will survive.

It will pale in comparison to watching it on the big screen, but man, will it be a treat regardless. Especially for those of you that didn't have the chance to watch earlier.

Richard Williams serves as a coach to his daughters Venus and Serena, who will soon become two of the most legendary tennis players in history.

This movie is up for a ton of awards this year and it deserves all of them. I think it is the strongest performance of Will Smith's career outside of 'The Pursuit of Happynes.

Yusuke Kafuku, a stage actor and director, still unable, after two years, to cope with the loss of his beloved wife, accepts to direct Uncle Vanja at a theater festival in Hiroshima. There he meets Misaki, an introverted young woman, appointed to drive his car. In between rides, secrets from the past and heartfelt confessions will be unveiled.

This movie will win best international movie at the Oscars this year and it deserves it. It's a slow burn and I know subtitles aren't for everybody, but this is a fucked up/great watch.