There's been a lot of misinformation going around and I've been gullible to a few of the stories already, but I looked into it and this appears to be legitimate.

At around 18:00, Ukrainian State Border Guards announced that Snake Island had come under attack from Russian ships, during the first day of the 2022 Russian invasion of Ukraine.

At 22:00, the State Border Guard Service announced that Russian forces had captured the island following a naval and air bombardment that destroyed all infrastructure on the island. Thirteen Ukrainian border guards, representing the entirety of the Ukrainian military presence on the island, were killed during the battle after refusing to surrender.

The official page for the State Border Guard Service of Ukraine confirms the island was attacked: 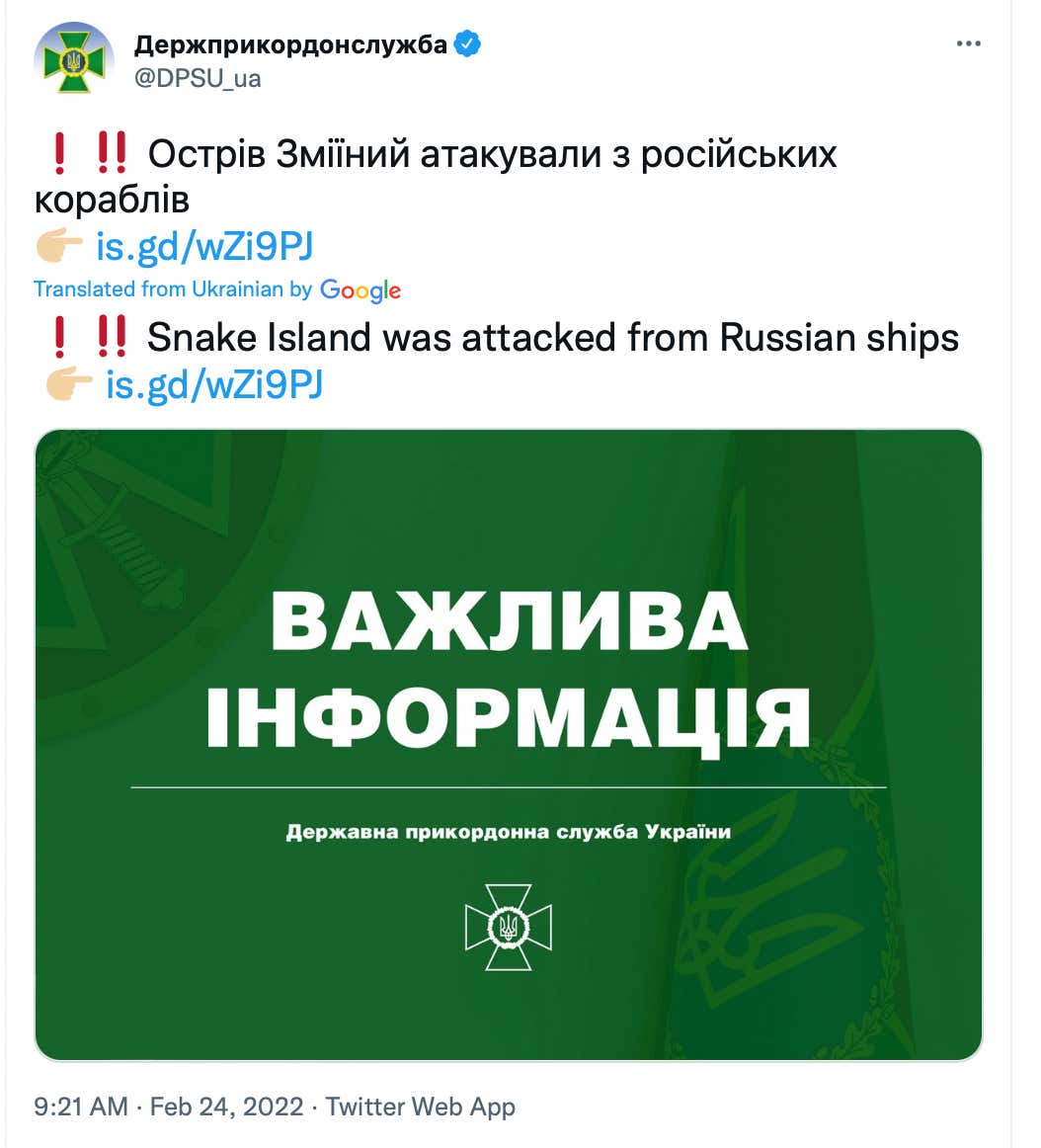 And then the Associated Press confirmed the worst via an actual statement by Ukrainian President Volodymyr Zelenskyy.

The president says all border guards on * Zmiinyi island in the Odesa region were killed Thursday. Ukraine’s border guard service earlier in the day reported that the island was taken by the Russians.

Even after getting confirmation I wasn't sure if I should blog this because overall it's incredibly sad, but that clip deserves to be played over and over for the rest of time. Without a doubt I promise you all 13 of those guards knew what awaited them but if you listen to that audio they never froze up or gave in. That takes an incredible bravery few possess, but all of them had it in spades.

"This is it. Should I tell him to go fuck himself? Just in case?… Russian warship, go fuck yourself."