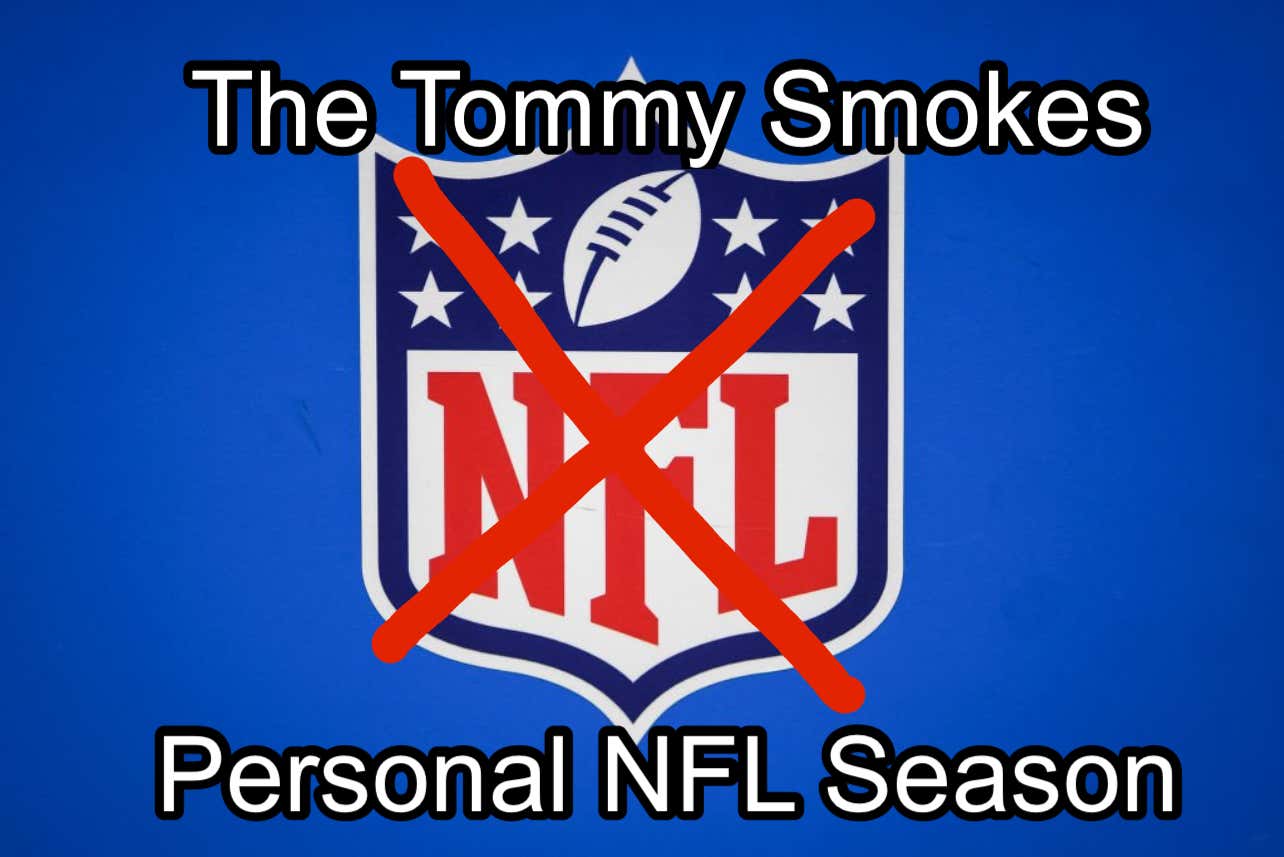 CATCH UP ON THE WILD CARD ROUND HERE

CATCH UP ON THE DIVISIONAL ROUND HERE

In case you're living under rock, I created my own NFL season and have been posting the results all week long. We're down to the final four teams in our conference championship games. Our matchups are as follows:

Let's start with our 3 PM game in Kansas City.

I had to let this amazing real life game also happen in the Tommy Smokes world. I’m not a monster. I won’t rob people of enjoying this classic. But in my world, something different obviously happened. The 60 minutes of regulation was exactly the same. But in overtime, things changed. The Bills called tails and won the toss. They chose to receive. They marched down field and Devin Singletary (my cousin) ran in an 8 yard touchdown to win, sending the Bills to their first Super Bowl in 28 years. In my mind, Buffalo was the true best team in the AFC, so they get rewarded with a Super Bowl appearance. Also I like the Bills and the people of Buffalo so I wanted them to have this. You are welcome.

The city of Detroit is hosting an NFC Championship Game. Who would’ve thunk it? The great people of Detroit came out and they were LOUD all game. Jimmy G had to go with a silent count and could barely hear himself think inside Ford Field. It only got louder when his first pass of the game was a pick-6 on a screen pass that Michael Brockers intercepted and returned to the endzone. The 49ers did find their footing though, and the Lions offense struggled. Heading into the 4th quarter, the 49ers led 17-10.

My God what a game. The Lions are starting to feel like a team of destiny, but can they get past Josh Allen and the Buffalo Bills? Two Rust Belt cities starving for their first Lombardi Trophy.

Tune in tomorrow for Super Bowl 56 from Los Angeles.

The Buffalo Bills versus The Detroit Lions.