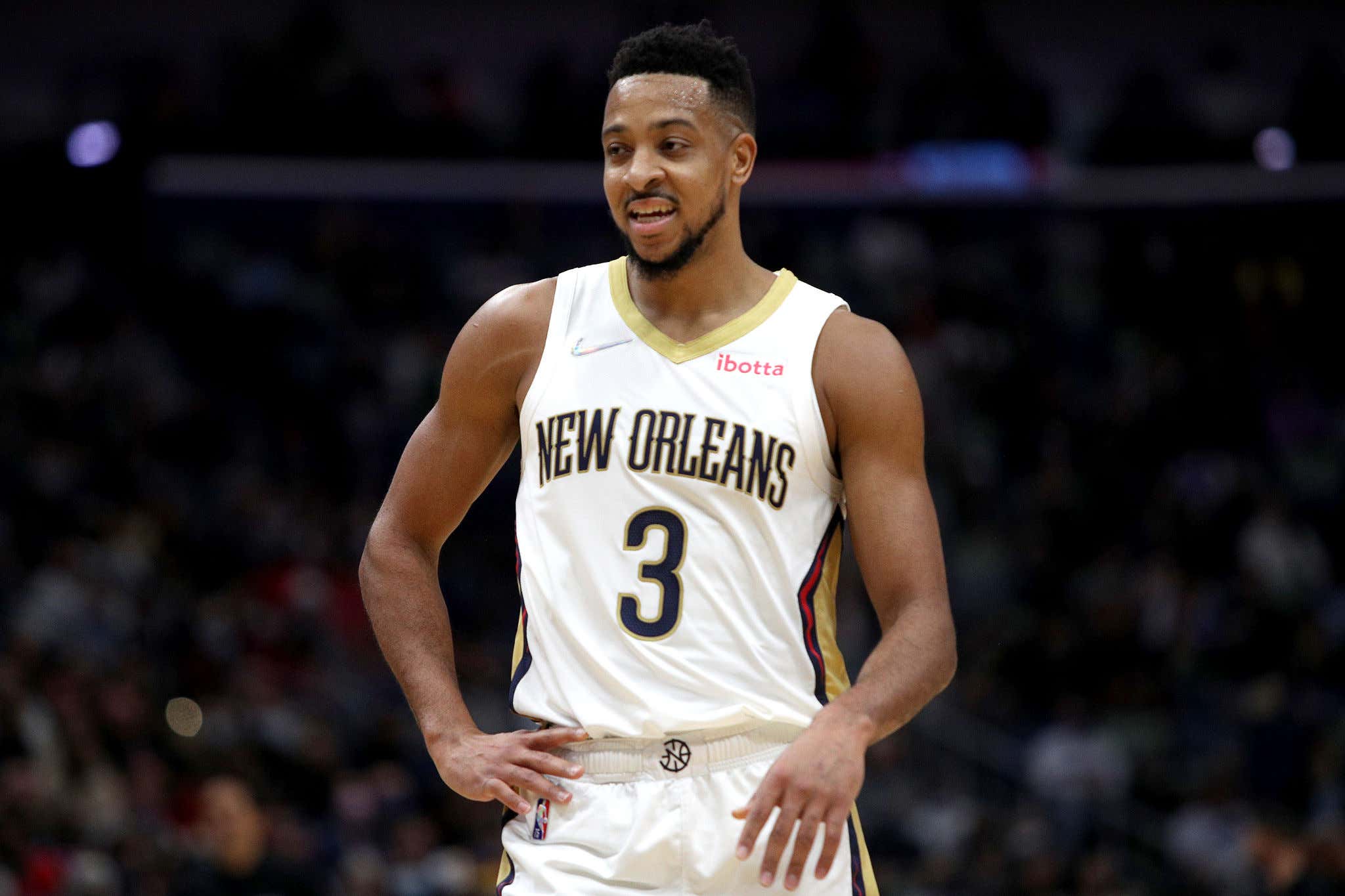 I swear, this shit with Zion is getting weirder and weirder by the day. Nobody knows if we'll even see him play this season, there are reports floating out there that he may need a second surgery on his foot which would terrify the shit out of me as a Pelicans fan, and now this. By pretty much all accounts, CJ McCollum is one of the most well liked and well respected players in the NBA. You don't get voted as the President of the Players Association by accident. When David Griffin made the move to bring him to New Orleans, it felt like the overall takeaway was this was a great trade for the Pelicans and Zion specifically. You would think bringing in another shot creator and legit outside shooter would be something that excites Zion. That gives him more space to operate, it gives defenses another legit scorer to have to worry about which Zion would obviously be able to take advantage of. One would think that adding a player that makes his life easier would have him excited to the point where ya know, he at least says "Hey CJ, welcome to New Orleans". I feel like that's a pretty low bar for Zion to hit.

I know he's not with the team because he's rehabbing, but so what? Does his phone not work? Can't text, shoot a DM, or anything? It's kinda crazy that the franchise player can't even welcome a new addition to the team. It's even worse if he just had "people close to him" do it instead. If you want to go full tin foil hat about this, I wonder if the team had CJ say this on purpose. Put some public heat on Zion that all this drama surrounding his situation isn't all on the organization. I dunno how you could argue this isn't a terrible look for the best player on the team, so there has to be more to the story.

Is it the fact that he's already planning his exit so he really doesn't give a shit they brought in a player who in theory will absolutely help him on the basketball court? Is he just getting bad advice? This isn't exactly the first time we've seen this sort of thing with Zion which makes you wonder how much of this is just a 21 year old kid trying to navigate an insane life. I won't pretend to have any idea of what it's like to be Zion. That has to be close to impossible to deal with on a daily basis. It wouldn't be the first time a 21 year old makes immature and bad decisions. That's why the people surrounding him is so important. You hope they put him in good spots and give him good advice. So, how can anyone in that camp think this was a good idea? Even if you want to leave and don't give a shit, go through the motions! Prevent the drama from even forming in the first place.

As a Pelicans fan, this has to be pretty disheartening. You're already dealing with all his injury issues and now you get to add this to the fire. Not great. The crazy part is the Pelicans are sneaky pretty talented! A lineup of Graham/CJ/Ingram/Zion/Valanciunas isn't some sort of dumpster fire, and then you have young guys like Herb Jones who are showing real flashes as a legit two way player despite being a rookie. You would think all this would excite Zion, and yet here we are. Guy can't even shoot over a text to one of the most respected players in the league. That's pretty crazy.