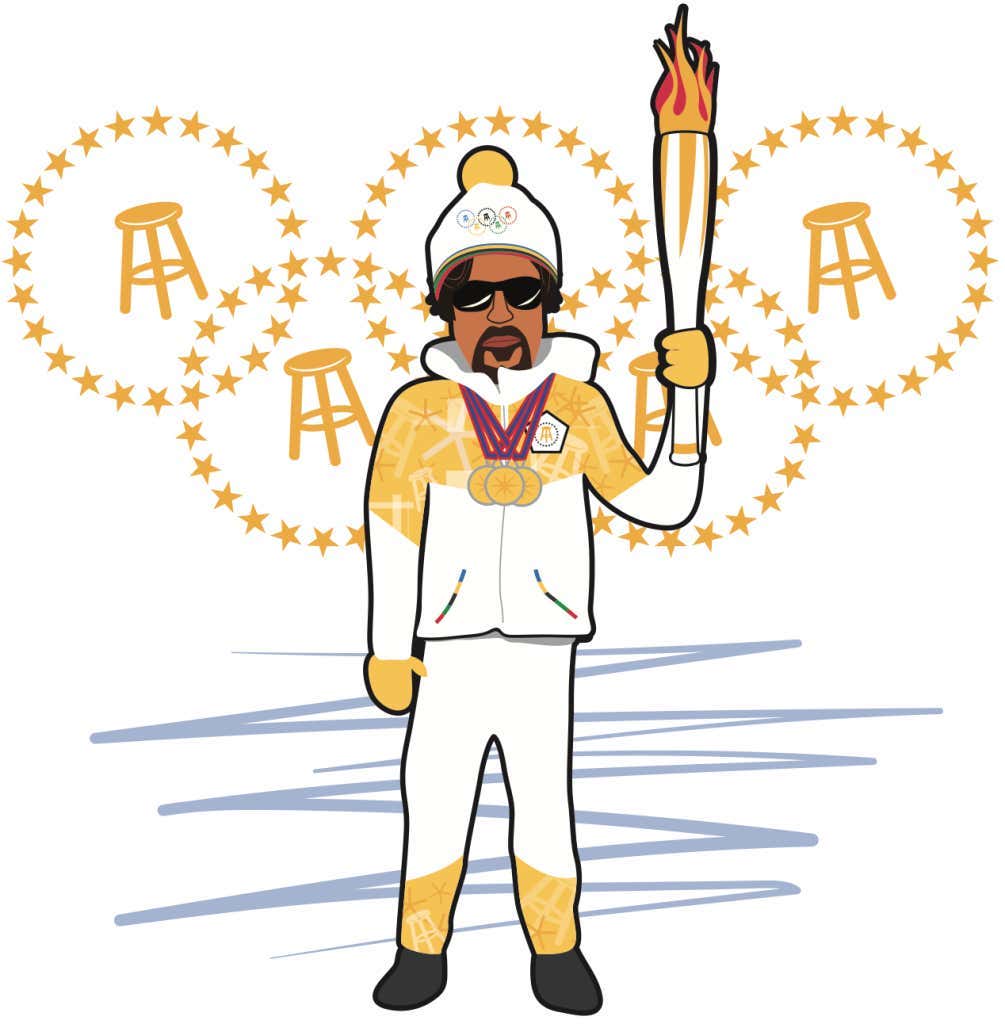 Four years ago, I got the green light to fly to South Korea and cover the PyeongChang Winter Olympics for Barstool Sports. This would be my first Olympics and my first time covering a globally famous sporting event as a J-ournalist (my prior sports coverage mostly involved getting shitfaced at Chinese Basketball games). When I asked the higher ups if they could get me a press pass to the games they replied "We think you'll get better content without one as you won't be beholden to all the rules and regulations that pertain to accredited journalists" (Read: In the off chance you do something extremely stupid we don't want you officially associated with Barstool Sports). Fair enough, and as it turns out, they were right!

Equipped with just a cameraman and Barstool brand recognition, I'd put my coverage of the 2018 Winter games up against any of the major networks. I interviewed the US bobsled team from a bobsled

partied with the US Women's hockey team after they won Gold,

covered the US Men's Hockey team's elimination at the hands of  O.A.R.(Olympics Athletes from Russia) as well as O.A.R's subsequent gold medal aka The Asterix* on Ice

Even got them to shit on All Business Pete for good measure.

My cultural content was on point too. I explored the Slovak, Czech, and Holland houses

So needless to say I was ecstatic to learn the next Winter Games would be in China, where I was living at the time. If I was able to get this much content in South Korea, imagine the possibilities when the games are being played on my home turf! My excitement for the games was only amplified after befriending Brandon Yip. 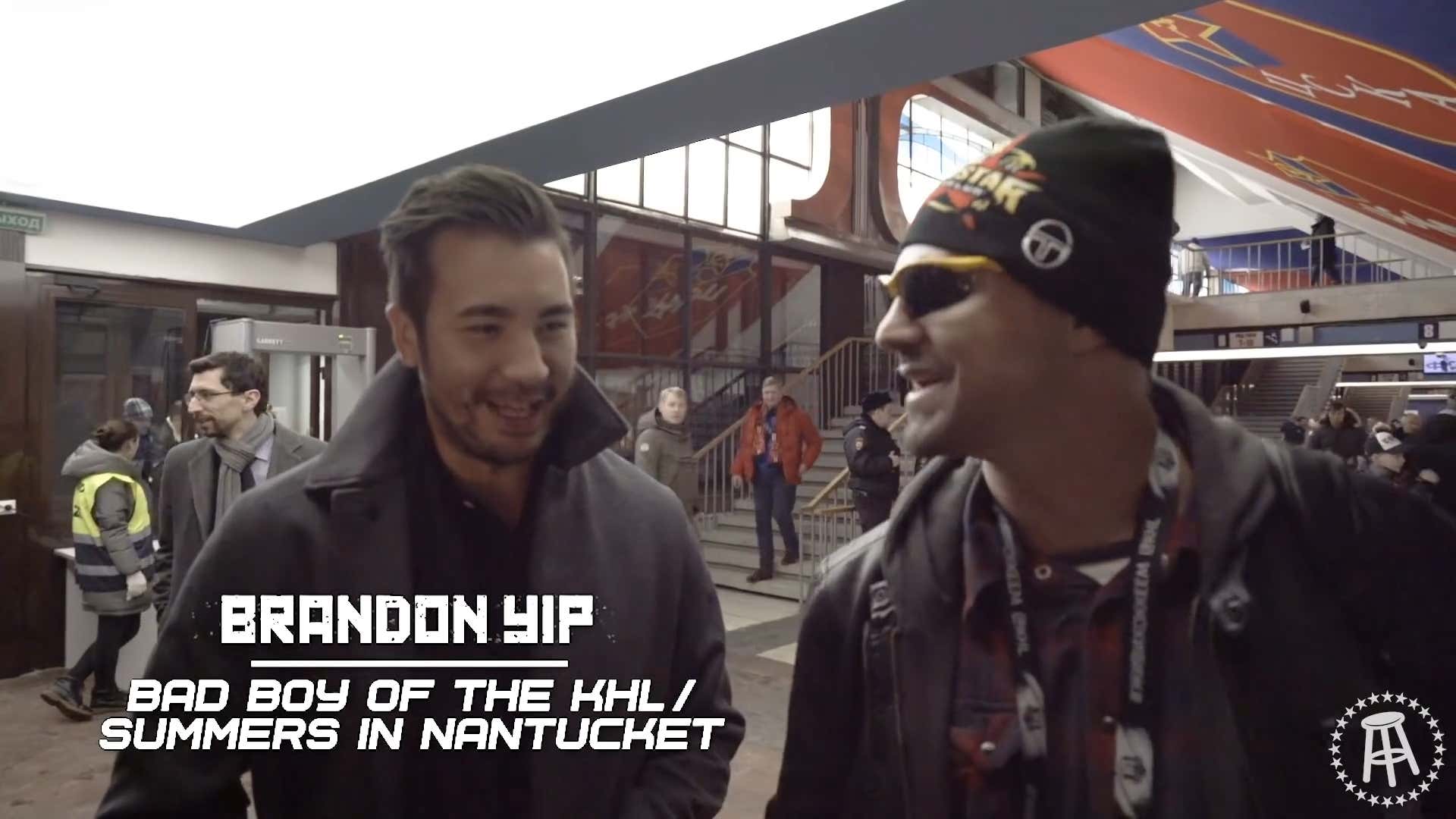 Brandon Yip is a Canadian Hockey player who won a National Championship for BU before going on to play 5 seasons in the NHL. After the NHL he had the opportunity to play for the KHL's newest expansion team in Shanghai, the Kunlun Red Star. Gaz knew him as they both frequented Nantucket and put us in touch upon learning he was moving to China. FINALLY! I'd have a professional athlete to hang out with in China who wasn't sober (no offense Jimmer). What followed was a beautiful friendship (read: I would use my Shanghai contacts to reserve Yip tables at clubs and he would let me party at said table and drink his alcohol).

One of the reasons Yip was recruited to play in Shanghai, is that the 2022 games were going to be the first time China would have a men's hockey team on the ice (host country is automatically granted a berth into the tournament), and they needed all the help they could get. China knew there weren't even close to enough native Chinese players to fill a roster so instead they started recruiting foreign players who had even the slightest ethnic ties to China. Brandon Yip, a 4th generation Canadian who's 3/4 Chinese and 1/4 Irish, fit the bill, and China decided to make him captain of their brand new Olympic hockey team. What an honor!

So now not only would the 2022 Olympics be played in my backyard where my 8+ years of China experience could finally be put to good use, I'd also be friends with the Chinese team's captain! My Journo boner was throbbing! I felt as if my entire career as a content creator had been building up to this moment. After these games The Wonton Don would be just as synonymous with Olympic coverage as Bob Costas. And thanks to my gas station shades, you'd never see me getting clowned for pinkeye!

Now when the pandemic started back in 2020, never in a million years did I think it would still be impacting global events in 2022.

But alas, after leaving China in December of 2019 to see my family for the holidays, I am STILL not allowed back in the country. I knew my Olympic aspirations were in trouble when Japan banned all fans at the 2021 Summer games and all I was hearing about the 2022 games was whether or not the US was going to boycott them. However, I held out hope. If China bans fans at their winter games, surely Barstool would be able to get me a press pass right? RIGHT? WRONG. After inquiring about getting credentialed for the past year without much response, It finally dawned on me around Christmas that I wouldn't be attending. So while the Olympic flame is currently burning bright in Beijing, the flame inside my soul has been extinguished (ok that's a little dramatic but ya get the picture, I'm disappointed). 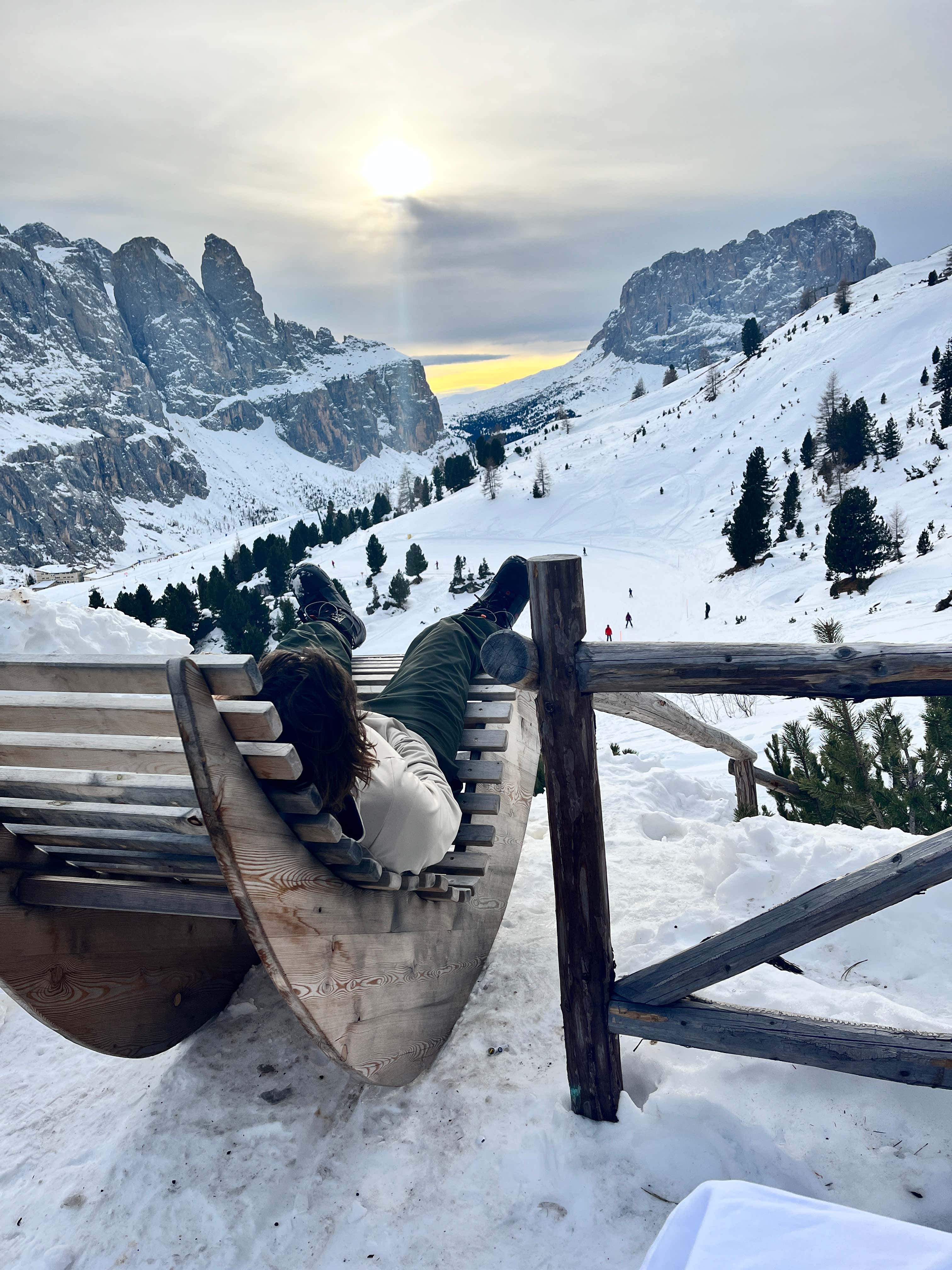 The Olympics aren't about me though, they're about the athletes, and I wish them all the best of luck, even Brandon Yip (at the risk of being labelled a commie). I know Team China had the misfortune of ending up in a group with USA and Canada so while you have a scary road ahead of you Yipper, take comfort in the fact the NHL isn't letting their players compete. It's gonna get ugly but things could always be uglier.

P.S. If anyone sees this Kazakhstani skier please buy her a beer and send me the bill