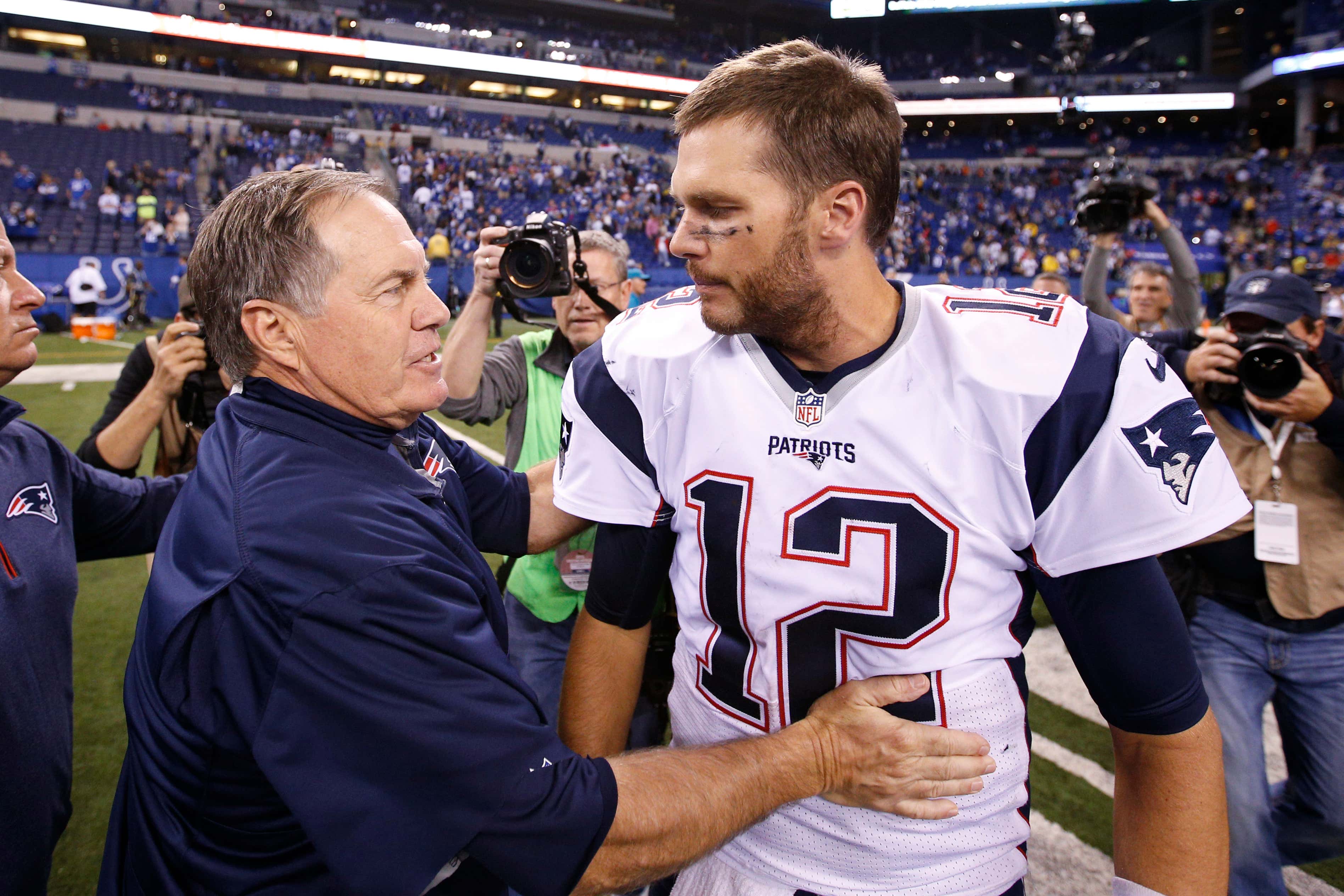 As a grown(ish) man, I try not to use the word "upset" very often to describe my state of mind. It's a buzzword. It implies an immature, irrational state of overly emotional anger. And yet when it comes to Tom Brady's halfassed attempts to acknowledge the 20 years of unprecedented support he got in New England, it's the perfect word for describing how I feel. I'm upset. Everyone I know is upset. We're so unanimously upset that you can't even find that one who takes the contrarian position of "You've got no right to be upset." That guy who typically tries to be the nail that sticks up on every issue is himself too upset to argue against everybody else. And that never happens.

Mr. Kraft took the high road in his statement. Then late last night, after letting world events settle down a bit, Bill Belichick added his sentiments, acknowledging that Brady is the greatest football player who's ever walked the Earth. Which, while obvious on its face to everyone, it means more coming from the former defensive coordinator in charge of Lawrence Taylor. 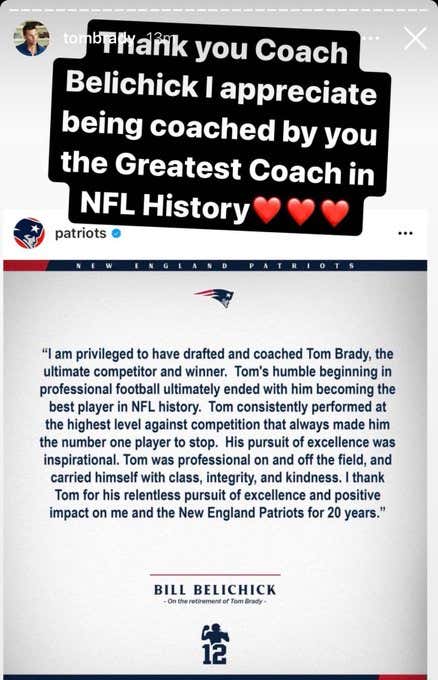 Look, we can quibble about the fact that this, like his response to Mr. Kraft, is buried on Brady's IG Story behind probably a couple of dozen ads for his clothing brand. I guess it's a business decision. Now that he's about to draw his last NFL paycheck ($15 million) tomorrow, he'll need this latest side hustle to keep the lights on at the Casa Brady.

And sure, you can legitimately argue that a tribute to the head coach who selected him, gave him his shot, and mentored him to glory is worth their own posts on the 'Gram, at the very least. And you'd be right. But I'll just remind everyone that a few weeks ago, he gave Belichick something much more than a tribute on InstaFace.

Granted, the penultimate episode of "Man in the Arena" got a lot fewer eyeballs on it than the 11.2 million followers he's got. But he was pretty unambiguous in his respect and appreciation for his former coach. Which I suppose makes up for it.

So to review: Everyone in Tampa Bay, from the owner to the coach to the players to the guy who empties the trash, got a long, heartfelt, Shakespearean sonnet written to them. Mr. Kraft got two heart emojis. Belichick got three. And Dave and The Brady 4 got called "soldiers." The rest of Patriots fans (including one in particular, whom I care most about, namely me) are still waiting. Maybe our day will come when he signs a deal to retire a Patriot. For now, him acknowledging his first team owner and coach will just have to suffice.