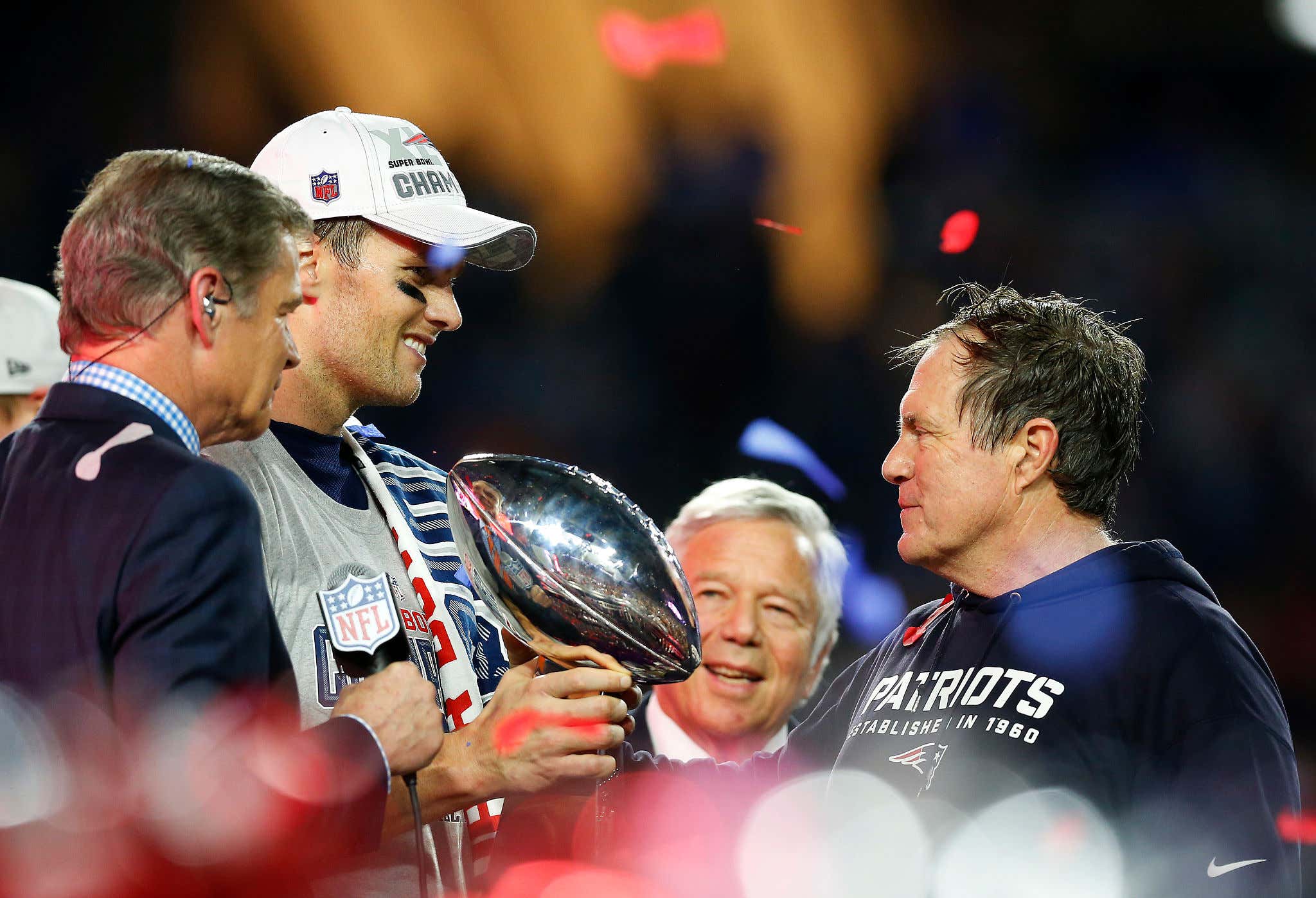 Spare me. Better yet, kill me. Put me out of my misery. At the very least, let this day end so that I don't have to spend the next 12 hours chasing minute-by-minute updates on the retirement of a quarterback whose retirement seemed like an inevitability for a couple of weeks now. But this is the purgatory I find myself condemned to today.

The last update on Tom Brady's utter lack of interest in acknowledging he spent a few years have some small degree of success in New England was Mr. Kraft responding the the insult with the grace and class we've come to expect from this international icon.

My personal friend RKK's heartfelt sentiment in statement was not lost on Brady himself, who now that he's retired gets to spend more time feeding his Instagram account. And so he responded. In the lamest way,  laziest way imaginable. With a quote Tweet: 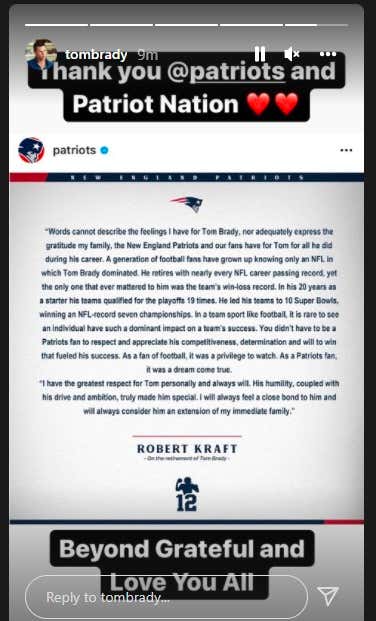 Bear in mind, this was on his Instagram Story. The fifth post, buried behind four ads for his new line of expensive t-shirts.

Tampa Bay, a place he's probably not even done moving into, gets a long love letter. New England, an entire region that gave him our hearts and souls for two full decades, gets a Hallmark Valentines card postmarked February 15th. This is a belated birthday wish on Facebook, and he only took the time to write it "HBD." Under someone else's post.

This is the thanks we get. After Defending the Wall. Arguing with imbeciles who called him a pretty boy who "doesn't like to get hit" and complains to the officials and had a special rule written just to protect him (referred to by non-imbeciles as "the Carson Palmer Rule"). Fighting the good fight against dopes who tried to argue Peyton Manning or Aaron Rodgers was better. I work with guys who went to prison to protest the way he was being treated. I have acquaintances who named their children and pets after him. I spent the better part of 20 years arguing the idea he deserves the Writ of Prima Noctae, and offering my own beguiling Irish Rose as the first carnal offering. Or myself.

And for all that, we don't even get the kind of Thank You note my kids send to their grandmother for the Gift Card she gave them for Christmas. He might as well have just texted us "ty."

We didn't need a lot. But just a fraction of what the people of Tampa got. This just feels cheap and insincere. Like we woke up to find him gone, but he left 20 bucks on the dresser for the Uber home. Personally I feel hurt and upset and upset and hurt. Somehow simply saying nothing would've been better. I'm going back to bed to sleep this off.