On today's episode of ZeroBlog30 we told the story of a UK soldier who reportedly passed out huffing shoe polish & wound up setting his barracks on fire.

This got me thinking about troops on this side of the pond back when I was in, and the lengths some of them would go so they could achieve a buzz without popping on one of the frequent drug tests. I'd heard of creative attempts and incidents involving canned air, spice, bath salts, LSD, etc. and when I posted to ZBT Twitter & Insta to ask for other examples I was surprised by one I'd never heard of... Jenkem.

Conway Tweety was kind enough to share the actual document the Army sent out regarding this 'drug' and my goodness... 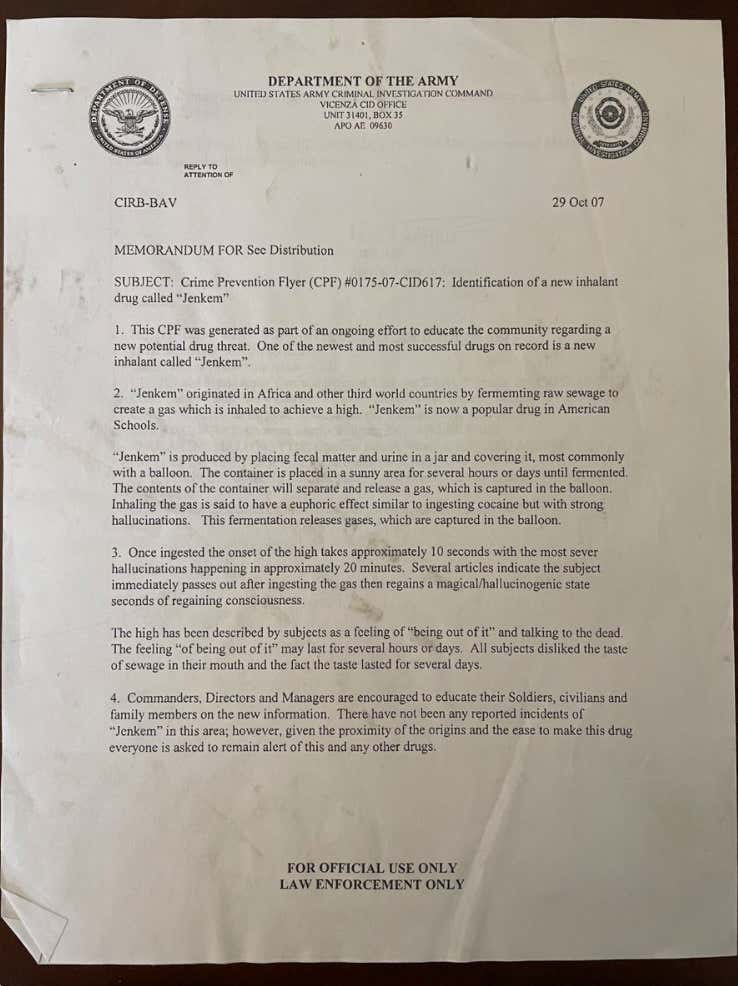 "Jenkem" is produced by placing fecal matter and urine in a jar and covering it, most commonly with a balloon. The container is either placed in a sunny area for several hours or days until fermented. The contents of the container will separate and release a gas, which is captured in the balloon. Inhaling the gas is said to have a euphoric effect similar to ingesting cocaine but with strong hallucinations. This fermentation releases gases, which are captured in the balloon.

And THEN we heard from other guys who knew guys who'd actually tried it while bored on their outposts. (Never underestimate the power of boredom in the military). What a world.

To hear some of the other wild answers & a lot of monkeying around, check out the latest episode HERE or on YOUTUBE!