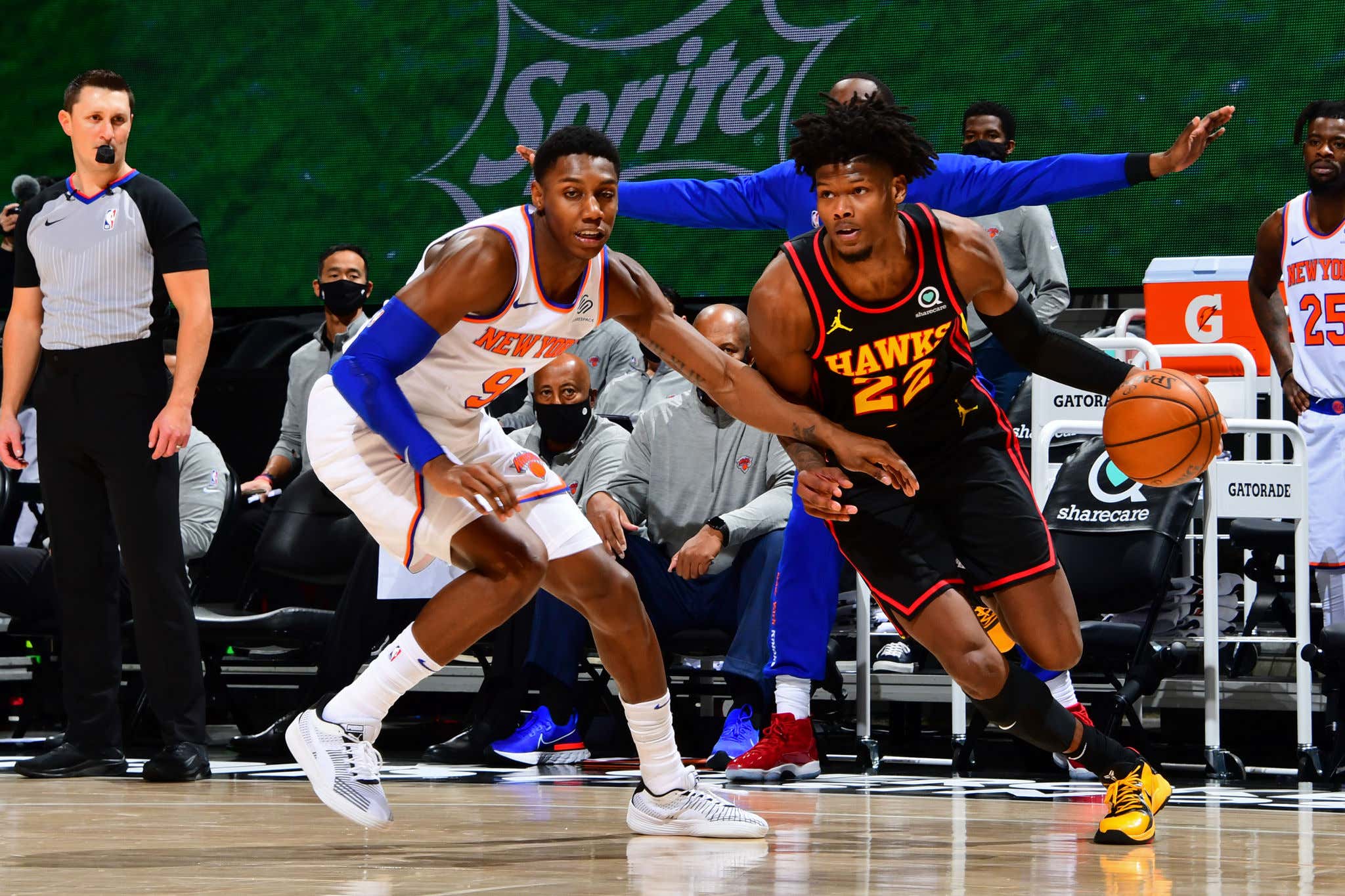 By now I'm sure you've heard the news of the absolute fleecing the New York Knicks were able to pull off this morning. For a Knicks fan's side, give our pal Clem a click. Normally when you see trades go down there isn't an immediate and overwhelmingly obvious response of one side coming out as such an obvious winner of the trade, but let's give the Knicks and Leon Rose credit. That's exactly what today's trade was. Since Leon took over, the Knicks have been more than competent. Sure they still gave Randle and Evan Fournier all that money and Kemba's knees are already acting up, but for a franchise that couldn't seem to get out of their own way for so long, they've been as solid as you could ask for from a rebuilding team.

The Hawks? Well, it's a bit of a different story. Their GM already came out and said that shit was going to change, but I would think as a fan you would want those pieces going out to help you bring in players/assets that make you better. I get it, they didn't want to pay Cam Reddish long term. Even though they could have just let shit play out and see what his price was going to be in RFA, they decided to pull the trigger a year early for a pretty minimal return.

I mean, maybe they'll be able to draft a Cam Reddish one day with that pick! It's not as if Cam Reddish is some untradable piece or anything, but he's young as hell and is showing positive signs of development. You can understand why some Hawks fans might be a little pissed off today. Not just because of the team he went to, but what's the plan now? If the goal was to make moves to turn around their season, how does that help? How valuable is that protected first round pick to other teams? It's been a brutal year for the Hawks in terms of injury and covid, but their real issue is the regression on defense. They went from the 11th overall ranked defense last year (top 5 second-half of the year) to the 28th ranked defense this year. They can't stop anyone. Now, they've gotten rid of one of their younger trade pieces that still have some value and brought back nothing in return that even comes close to solving that glaring issue. I just question what the plan is here. They probably aren't done, but what type of return are you going to get for an expensive and aging Gallo? Bogdanovic has some value as does Huerter, but what confidence would you have as a Hawks fan after you just saw the Reddish trade?

There were talks about potential Reddish trades with the Pacers falling through, but what does it mean for the trade market for everyone else if that was the type of return Cam Reddish brings? I think we all said the same thing when the dust finally settled. That's it? That's all they got? Those are things you never want to say as a fan when your team trades a young rotation player.

I suppose from the Hawks side, you could say it makes the most sense to wait until everything is settled and we see what the roster looks like. I think that's fair to some degree. These plans usually happen in stages. But now? At this point? It's hard to argue they walk away better than they were when everyone went to sleep last night. That's not great.