Well isn't that lovely. Just a nice little dog rescue from the big bad police taking you into the weekend. The crazy part about that video other than actual rescue was the officers lack of hesitation. I mean that guy ran out onto that ice. It wasn't like it was thick either, look at this shit... 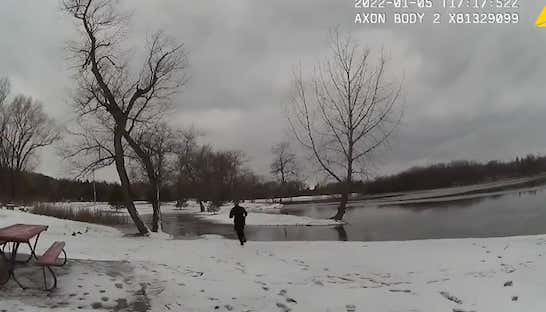 The entire thing was basically water. Part of me thinks that if I was in that situation I would've done the same thing, but I highly doubt it. At least for a person, if it was a dog I would've risked life and limb. Not much else to say on this one other than thank you to those who serve and protect. Have a lovely Friday.