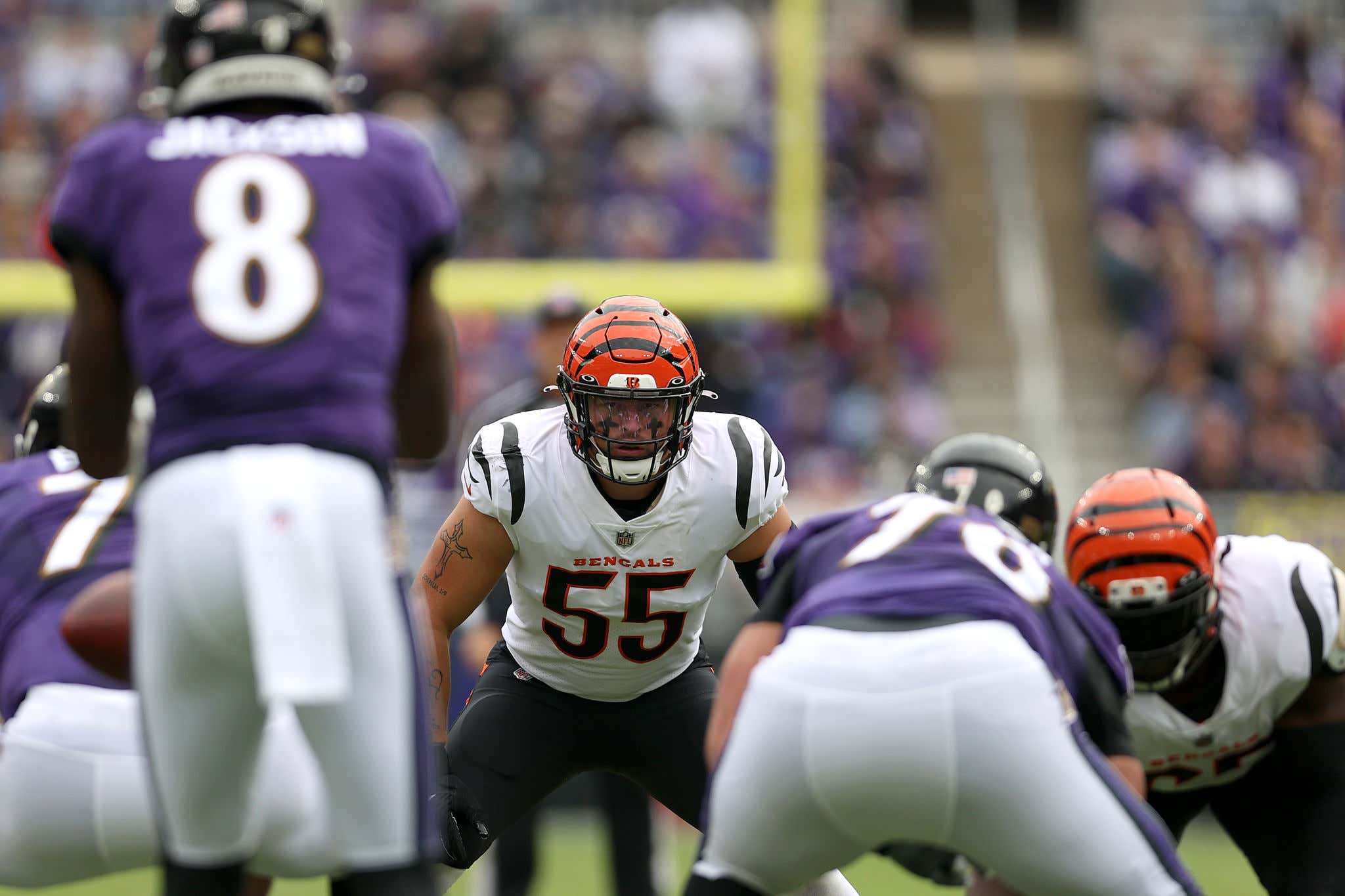 Monster, MONSTER game in Cincinnati on Sunday. There's been a ton of tight games in this narrow division and those standings above tell the story, but THIS is the one that has potentially to really swing the pendulum in one direction or the other.

By virtually all projections, the current probability to win the AFC North crown are roughly 40% Ravens, 40% Bengals, 10% Browns, and 10% Steelers. For each of these teams, the lions' share of their playoff chances are predicated on winning that AFC North title. With a Ravens win, their odds to win the AFCN shoot to roughly 75% and the Bengals drop to 10%. With a Bengals win, the Bengals' odds jump to around 65% and the Ravens down to 10%. So for all intents and purposes, the winner here moves fully into the drivers' seat and the loser's chances are… well… they'd be on life support and they'd have an uphill climb just to grab a wild card spot. Thems the juicy stakes, medium rare.

Of course, these two teams have met already this year. The Bengals kicked the Ravens teeth in, in Baltimore no less. It was a game that got away from the Ravens where all of their biggest weaknesses were exposed, and it's really the only game that's gotten out of hand for them this season. Ja'Marr Chase went off for 8 for 201 yards and a touchdown, including an 82 yarder where the Ravens looked downright disinterested.

There's plenty of reasons to believe that the Ravens are in far worse shape going into this week's game than that one. They've lost 3 straight and the injury train that was veering off track has now fully derailed. We don't even know who's playing at QB and 2 starters in the defensive backfield have since been lost for the season. It's been a spiral that anyone could have predicted given all that this team has endured this year.

Yet here we sit, even with all that QB uncertainty and the game being in Cincinnati, and Vegas the Barstool Sportsbook still only has this as around a field goal game favoring the Bengals. The reasons to believe the Ravens will win this game are few and far between. They got smoked with their best cover corner getting bullied by Chase. Humph is not playing, and neither is one of the safeties helping over top. It's a road game. We don't know who's under center. Yet the existence of John Harbaugh and his winning culture give those in the know reason to believe that a Ravens win on Sunday is not all that unreasonable. Incredible.

I try to think about it this way. There has been major question after major question thrown at the Ravens all season. More times than not, the Ravens have answered the bell. The two most recent ones are Marlon's and Lamar's injuries, which were challenged last Sunday against the best team in the NFC.

As it relates to the cornerback situation, the fear was that the Ravens would have no answers for the home stretch with the likes of Davante Adams, Ja'Marr Chase, and Cooper Kupp on tap. They answered that question with flying colors imo, using double teams and the "17 bulldog" package to slow Adams down considerably on Sunday. Chase is great, but he's not quite Davante Adams. Wink Martindale has already come out and said they won't employ a similar strategy against him, which may be a smokescreen or not. But at the very least I have confidence in his ability to band-aid the situation however he sees fit.

The other is the uncertainty of Lamar Jackson. Snoop has at the very least provided some assurance that if Lamar isn't close to 100%, we're not gonna force him out there at less than full blast. So if we see Lamar, he's probably close to pretty damn healthy. And it's hard to imagine at full health that he's going to play a game worse than the one he played in Baltimore against a team he's historically dominated. And of course if Lamar can't go, Snoop brings enough to the table to give the Ravens a chance to compete. That's been proven on multiple occasions now.

So what we have on Sunday is a game where I can't claim to have a ton of confidence that the Ravens are going to win, but I have a lot of confidence that they're going to compete. There's too much on the line and this team is too well coached not to. I'm sure there will be some tough decisions along the way and I don't envy Harbs for being the guy that has to make them. But I have full faith in him and his staff to make the right decisions and give us our best chance to come out on top. That's all you can really ask for.

Sunday will dictate a ton on where the 2021 Ravens are headed. At this point, a divisional crown would be a nice thing to hang your hat on. Anything more than that is gravy. The opportunity is right there. Just gotta go take it.