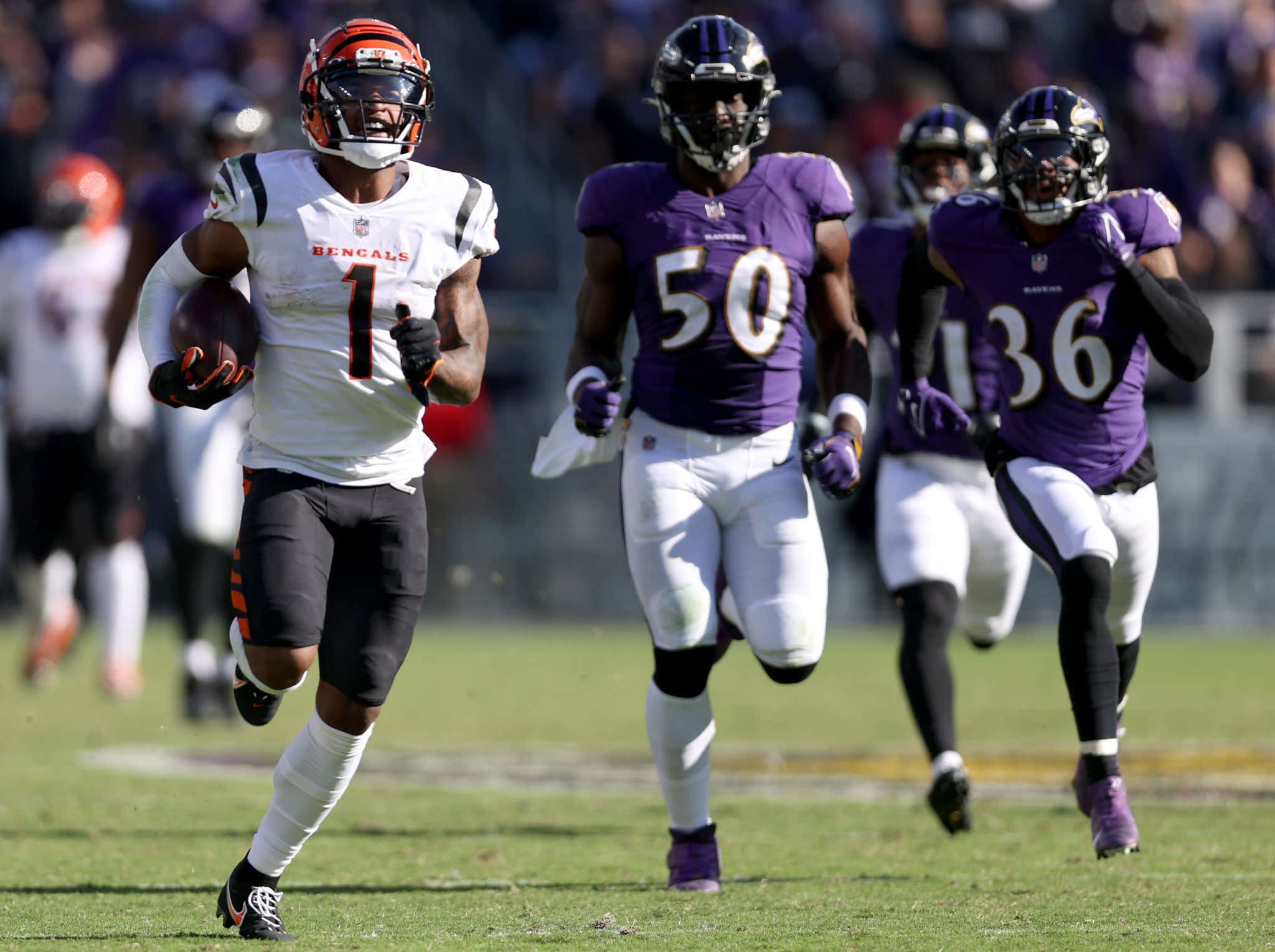 What an asskicking that was. The Bengals came in hungry with an opportunity to prove themselves as a threat in the AFC. They did that and a lot more. A football game that was very much anyone's to grab and looking a lot like a shootout early in the 2nd half turned out to be a laugher as the Ravens spiraled and the Bengals continued to capitalize. I didn't expect to see 11 attempts from Tyler Huntley today by any means, and especially not on the losing side if it didn't involve an injury. Ugly.

I liken the Ravens today (and their season as a whole) to this: Have you ever started a new job where you hit the reset button on your entire morning routine? Maybe you're mixing in breakfast or a workout, but your biggest variable is probably your new commute. You try it on for a few weeks and you start to get a feel for what kind of variables are at play for what it takes to get where you need to be on time. But really, in the back of your mind if you're anything like me, you know exactly how much time it takes in that perfect scenario where you hit all the green lights and everything works out perfectly for you, and you work off of that. THAT'S a microcosm of how the 2021 Ravens have played a handful of games this season before today.

Everything worked out so beautifully in the Chiefs and Colts game when they were down a couple scores in the 3rd quarter where it felt like everything would just naturally fall into place. Surely Lamar would lead some drives down the field with ease and Odafe Oweh was going to force a strip sack at some point right? RIGHT?!? Except instead of the opposition staying back on their heels and hoping to get the clock to zero, the Bengals kept the foot on the gas and were out for blood. Those guys played awesome today. We didn't. Credit to them. Our panic response didn't kick in, maybe because we'd had things fall our way a too few many times. Their hunger prevailed. Simple as that, and the game got away from us in a big way.

Of course I think there's lessons to be learned from this loss. It's hard not to sit here and respect the Bengals for what they're building. Ja'Marr Chase is a problem and will be for a long time. Marlon Humphrey is going to have to take a look in the mirror and find a solution for that guy for the next few years. I trust that he will. But ultimately I don't think we should be reading too much into this loss. We were due for a fallback. It's become more than clear that this team is going to be a roller coaster ride. At the end of the day, 5-2 is about what we could hope for at this point going into the bye, and we've beaten some very good teams along the way.

The Bengals may control the AFC North standings by way of a tiebreaker and credit to them for earning that, but we'll have our chance to beat them in Cincinnati and I feel more than comfortable with our chances in doing that and bouncing back after the bye in general as a whole. John Harbaugh and his staff had far from their best game today and deserve flack for that, but there's nobody I'd rather have to answer the call than those guys. This team is still really good. They still have Lamar Jackson. Offensive line and secondary play are still problems, but there's a ton of time to find solutions. Plus you never know what kind of tricks EDC might have at the trade deadline here. John will probably get on a call with Jim and Jack during the bye and figure out what kind of ritualistic sacrifice of a football and/or tape from this game to get the ship righted during the bye, and then we'll be on our way.

Baltimore Football Ravens. Can never count these guys out. Today wasn't our day. Rest up, relax, and get after it after the bye.