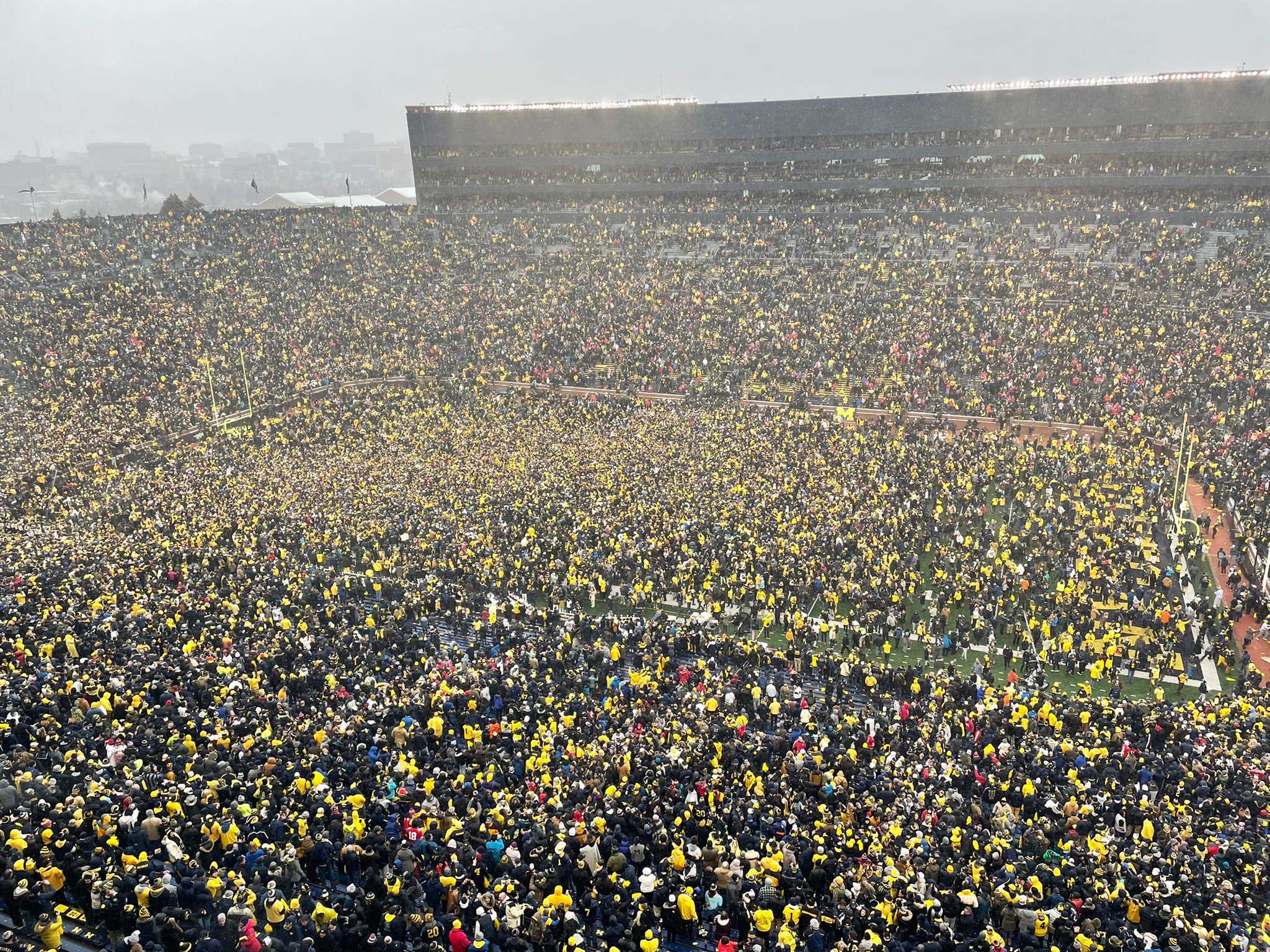 I didn't think it would happen.

I didn't think it was possible.

That's why you play the game.

In year seven of the Jim Harbaugh era, Michigan football just imposed their will on an elite Ohio State team. I'll be honest, I'd given up on it. 2018 broke me. I didn't think it would ever happen I didn't think they had the personnel. I didn't know they had the athletes. I've said it 1 million times, but I'd seen this movie before, and I knew how it ended. Then 2021 happened. This is the biggest Michigan football win of the 21st-century. They went out against a great Ohio State team and punched him in the mouth. They made mistakes, and they recovered from those mistakes. Every single time that it felt like things were going sideways, they bounced back.

The journey is not over. Michigan has to win next week to punch their ticket to the College Football Playoff. Still, every player and coach who wears the Maize And Blue for the time being should celebrate this as if they just won a National Championship. Coming off of a disastrous 2-4 season in which many people (myself included) felt like their head coach probably deserved to be fired, they came back with a vengeance. I didn't think the ceiling could get any higher 10-2. I didn't think it would ever happen under this regime. But in the words of Michigan grad Rudy Tomjanovich, "Never underestimate the heart of a champion." These players, who received the heat and the criticism from people like me, have now earned the right to heave two giant middle fingers at every person who thought they weren't good enough. Regardless of what happens next week, the 2021 Michigan Wolverines will be remembered as the team that broke the mold. The team that fought Goliath and brought their slingshot. They are the team that conquered the Buckeyes.