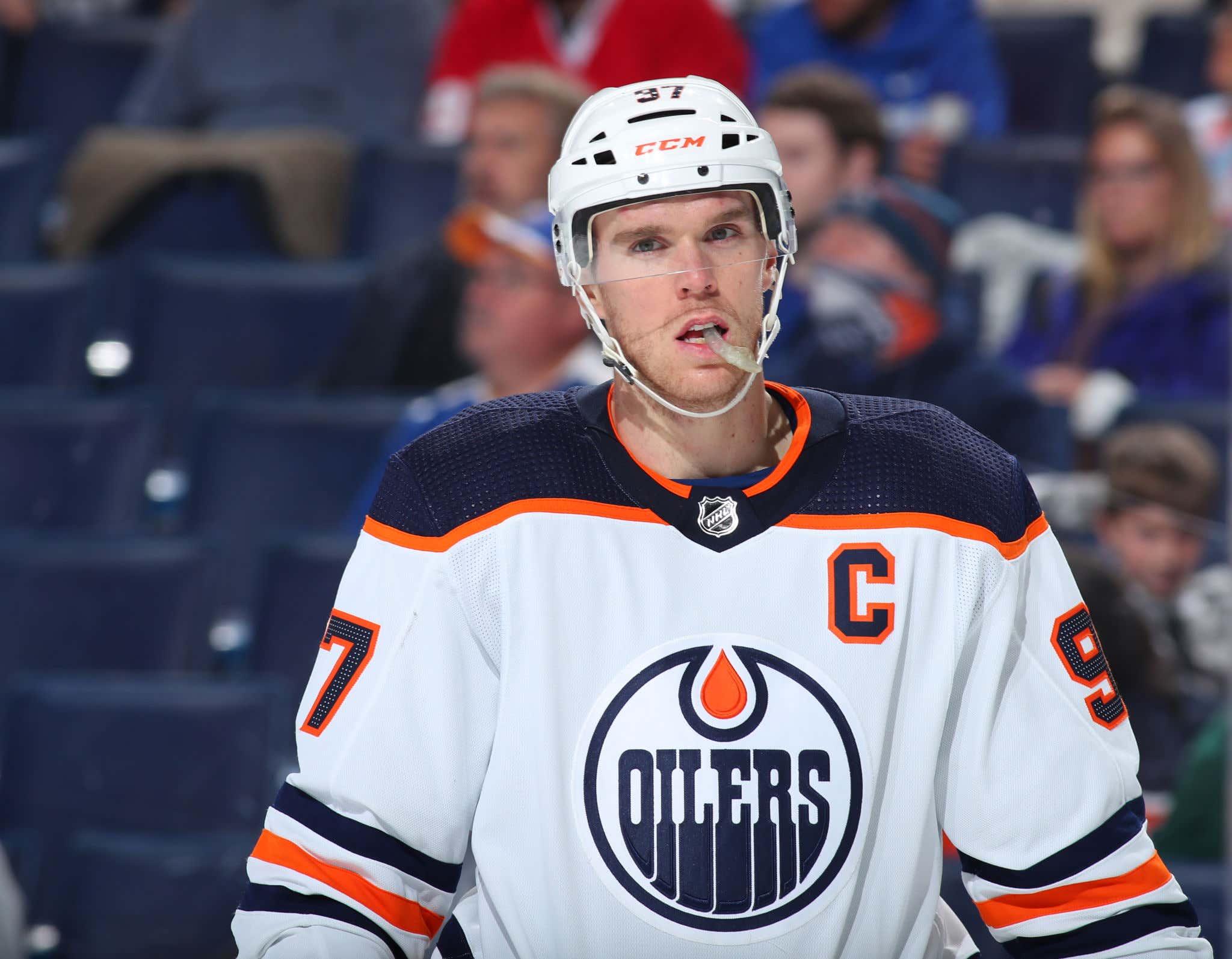 There were 16 goals scored last night in the NHL. Of those 16 goals--2 were unassisted, 3 only came from one assist, and 11 of them had secondary assists on the scoresheet. Which means there 41 points tallied across the league last night.

Care to take a guess how many of those points were registered by Connor McDavid?

Listen. It was a pretty impressive streak. Don't get me wrong. 17 games straight with at least a point to start the season, and he put up 32 in that time. But we hear allllllll about how great this Connor McDavid guy is. People talking about potentially being the most talented hockey player of all time. Do you ever hear people talking about Trevor Lewis being a generational player? Probably not. But you wanna know the difference between Connor McDavid and Trevor Lewis?

17th overall pick in the 2006 NHL Draft Trevor Lewis scored a goal last night. Sure, there's a chance that McDavid puts up more points this season than Trevor Lewis has scored in his career. But that doesn't change the fact that Trevor Lewis was the better center on November 23, 2021. Does that make Connor McDavid a bust? Not for me to decide, but we should at least be on high alert.

By the way, credit to Miro Heiskenen. Not sure if this is a guy who gets the amount of hype he deserves.

Glad the Flyers passed on this guy for Nolan Patrick. That certainly won't come back to kick them in the dick or anything.