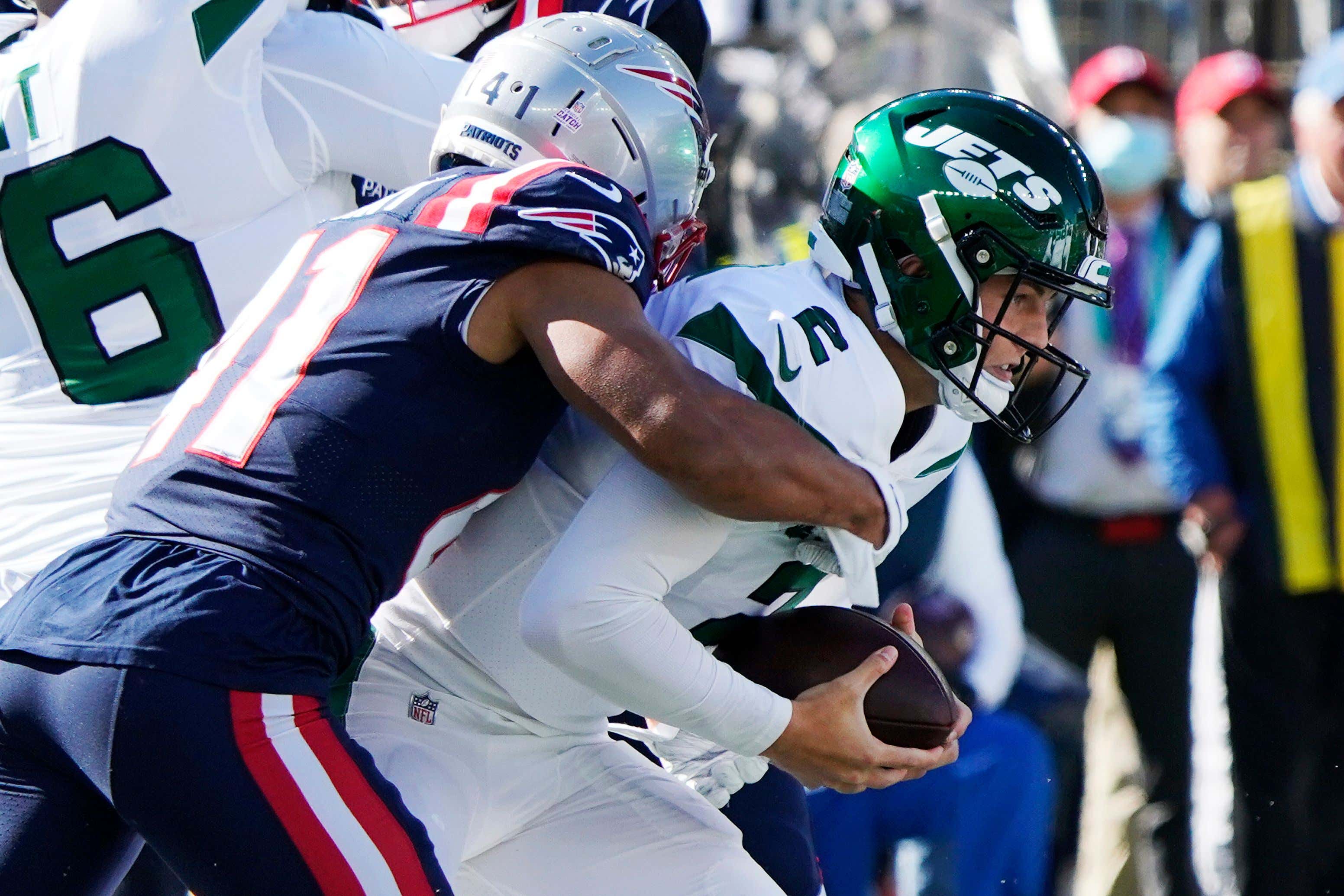 Last week I clapped at anyone who's started suggesting that Mac Jones is just a "system quarterback" who really isn't as good as advertised, he's just lucky enough to have backed into a perfect situation for him. I push back against that talk first because it's selling Jones short, given how quickly he's grasped the Patriots offense, his decision making, his command of complex NFL defenses, and his physical skills. But also because all last year we heard some of those same people say that Cam Newton's 2020 season proved it's not the Patriots coaching at all. They were just lucky to have Tom Brady covering up all their shortcomings with his supreme abilities.

But that doesn't mean to suggest that teams don't have systems uniquely their own for drafting and developing quarterbacks. Take, for example, the New York Jets. Through different head coaches, different offensive coordinators and different highly drafted QB prospects, they've managed to get the same results. Which is the very definition of a "system." And that system is getting more and more refined the longer they operate it.

First it was Mark Sanchez, who was taken 5th overall in 2009 under Rex Ryan and was gone after four seasons. Next Ryan was handed Geno Smith with the 39th pick in 2013. He also lasted four years, but was benched after two seasons and getting his jaw broken by a teammate over a $600 card debt. Sam Darnold had the misfortune of going to the Jets with the 3rd pick in 2018, and his career spanned both Todd Bowles and Adam Gase, even though he only lasted three years.

Now, it's Zach Wilson's turn to get ruined by this accursed franchise. And it would appear he's way ahead of schedule:

You've got to hand it to the Jets. They've very clearly streamlined their operations. They're getting faster and more efficient. It used to take years to hear phrases like "fundamentally falling apart." But the QB selections get higher (Wilson was obviously the No. 2 pick last spring), the faster they're able to turn these guys into true Jets.

I mean, this process used to take years. But they've got it down so pat, that they're desperately scrambling to find a solution to how they've fucked up this poor kid before Thanksgiving of his rookie season. And that took some doing when you consider he was a three-year starter at BYU, completed 67.6% of his passes and had 56 TDs to just 15 INTs. Now he's 34th in passer rating in a league that has 32 teams. So it's a credit to the team that they've been able to mold him in their image already, just six starts into his career. That really is an impressive turnaround in such a short period of time.

So thoughts and prayers to Wilson, who seems like a nice human being and didn't sign up for this. To borrow a phrase from Rambo, he didn't choose the Jets, they chose him. And at just 22 years old, maybe the damage won't be permanent and he can find success elsewhere. But if we're being honest, the recent track record on these guys is not encouraging. Not at all. So yes, teams do have "systems." And the Jets' is ruining yet another promising career before it's really begun.

P.S. A little off topic, but the more I think about it, maybe Jones is just the product of a system too: