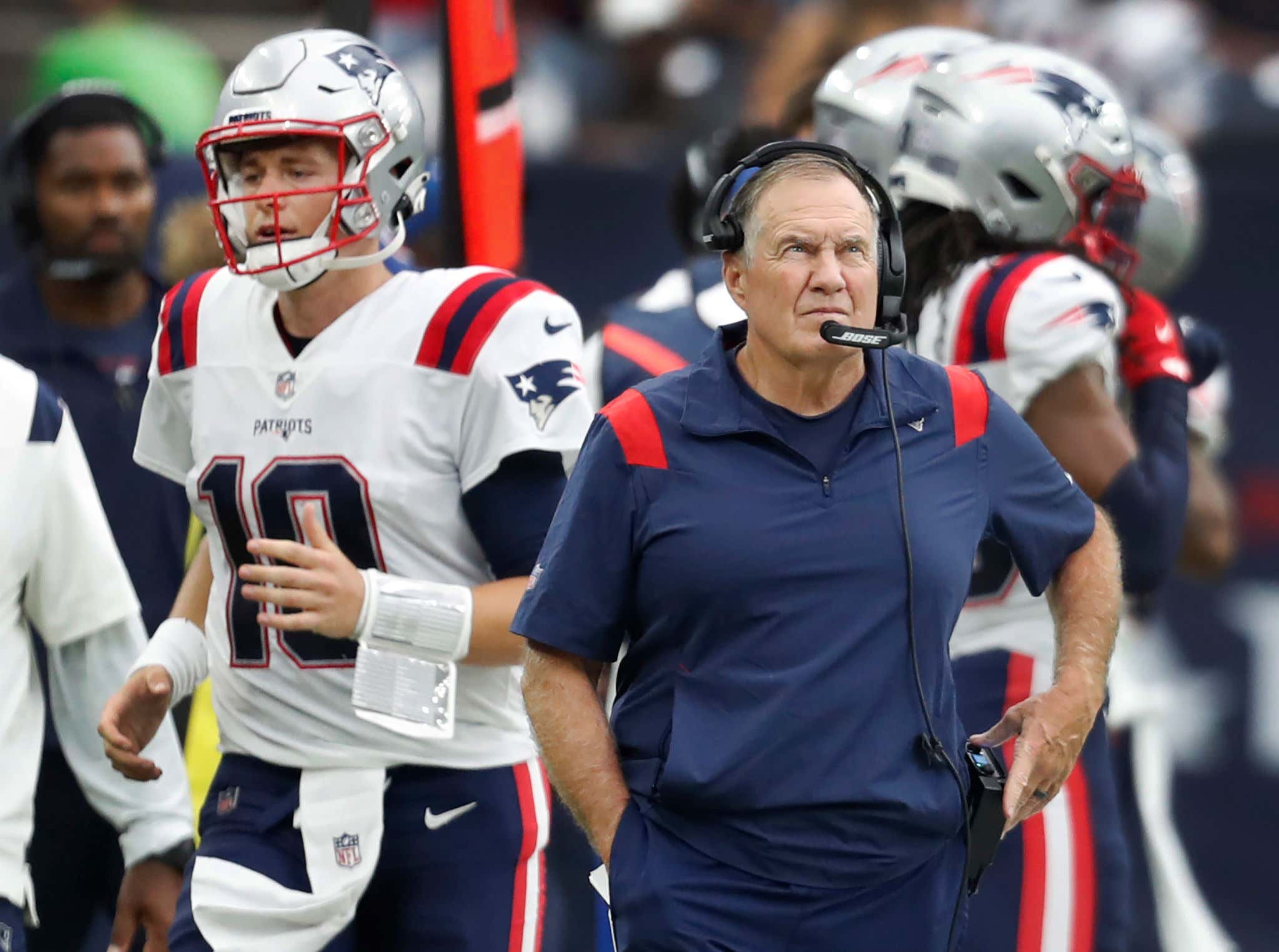 One of the great frustrations of the two decades of dominance that took place between the years 2001 and 2019 was the endless debate about whether Tom Brady was truly the best quarterback of all time or whether he was just a product of the Patriots superior "system." Because whichever side of the discussion you came down on, you were discrediting both. You were either arguing that Brady was simply lucky to have Bill Belichick or Belichick was lucky just to have him. Essentially minimizing all the accomplished by reducing the Dynasty they built together as simply random chance. A great, cosmic scratch ticket that either one or the other managed to hit, that any other quarterback and any other franchise would've cashed in on if only they'd gotten to the register at the Gas 'n Sip first.

But ironically, that was also one of the great joys of the first 20 years of the Masshole Millennium. Because it was entertaining as all hell listening to the pretzel logic of the boobs who argued about it. Because in so many cases, they were arguing both sides of the issue, depending on how the question was framed. Like kids on a Debate Team who are assigned which hypothesis they're going to defend, right or wrong didn't matter. Say how good Brady is and they'd say he's a product of the system. But call Belichick the greatest football mind of all time and those very same people would throw his non-Brady won-loss record in your face and say he'd never have won anything if the late, great Dick Rehbein told him to grab Tim Rattay with the 199th pick back in 2000. It was hilarious to watch them twist their brains into balloon animals contradicting themselves.

But then came 2020. Brady left for Tampa and won another Super Bowl. Belichick stumbled to 7-9 behind Cam Newton and a threadbare roster. And as he stood there metaphorically pantsed, with his proverbial gym shorts down around his sweat socks, those same cool kids who had called Brady "a system QB" all those years pointed and laughed and said "See? He can't coach! It was Brady all along! Told ya!" And the only thing Belichick could do to hike those abstract shorts back up and prove them wrong would be to rebuild his roster, develop a quarterback of his own, and start winning again.

Enter Mac Jones. A four-game winning streak. An 88% chance of making the playoffs in a wide, WIDE open AFC. A game tonight where the Pats are favored by a touchdown on the road. And if they take care of business, they'll have matched last year's win total a week before Thanksgiving. For the last month, everything has been coming up Belichick.

And so the same people have gone back to their default setting. Mac Jones' success? Well it can only be attributed to one thing. He's the new "system quarterback." And it's glorious.

Take this one, for example:

Source - [W]hat Jones has essentially done so far is simply not pollute a thriving environment around him.

In late June, I ranked the first-round quarterbacks by team situation, which of course is vital to a young passer's development. While having the worst skill-position group of the bunch, I labeled the Patriots as a club with the second-best offensive line and play caller, and the third-best defense.

As it turns out, Jones' offensive line is playing better than any of the blocking units protecting first-year quarterbacks, and the defense is clearly the best.

Ah yes. The offensive line is the reason Jones is playing circles around the rookies drafted ahead of him. They're the reason there have been five games with a passer rating over 100.0 among the group so far, and Jones has all five of them. Except that's not the case. In fact, the Pats offensive line struggled enormously in the first six weeks or so. He's been in the bottom five or so in Time to Throw all season. And is  getting essentially the same kind of pass protection the other rookies are getting:

And yet Jones is fourth among all quarterbacks with a 69.0% completion percentage. And fourth in the red zone:

And despite having just 10 career starts, Jones is recognizing disguised defenses as well as anyone:

As well as being the hottest player in the NFL over the last month:

But yeah, he must just be lucky. A product of that wondrous "system" that can just magically take anyone off the streets and transform them into an elite passer. Josh McDaniels simply points a wand, says "Expecto quarterbackium!" and POOF! you're Joe Montana. Like his 77.4 % completions, 4,500 yards, 41 touchdowns and four interceptions at Alabama never happened. Neither did his disintegration of Ohio State in the National Championship game. Or they did, but then he was just a product of Nick Saban's "system" and all the talent he was lucky enough to have around him.

Of course I'm not saying it's all Jones. The bottom line with him is the same as it was for Brady. It's both the quarterback and the coaching. It's talent. It's the work they put in. It's the ability to process information and grasp a complex scheme. It's accuracy and pocket awareness. It's also leadership and inspiring confidence from you teammates.

But it's most definitely coaching as well. More talented quarterbacks are ruined by bad coaching than lesser QBs are developed by great coaching. Like with Brady 21 years ago, Belichick and his staff identified that they had someone they believed in, brought him along, gave him what he could handle and helped make him great. They saw in him what other franchises missed, gave him a shot to prove himself and he took it. The same evaluation process that led to the 2000 Pats carrying four quarterbacks (rather than risk trying to losing him by sending him to the practice squad) and then make him the starter the following year is what convinced them they could trust Jones as a rookie. It's how they knew they could bench a healthy Drew Bledsoe and release Cam Newton. Nothing about that has changed in two decades, other than the name of the 23-year-old from a big college program with the dad bod who wasn't considered athletic enough by everyone but the Patriots.

And the former Patriots scout who runs the Senior Bowl:

So it's both the quarterback and the so-called system. Once again. And it means 20 more years of the doubters' worst nightmares. And I for one couldn't be happier to hear them complaining all over again.