The reigning coach of the year and Rod Brind'Amour is still out here unloading luggage from the plane for the boys. I don't know how the voters don't just close up shop and give him the Jack Adams again already. But as much as it looks like he's going the extra mile to help his team, let's not act like there isn't at least a shred of self-service going on here.

You think the Rod Father got those massive biceps from skipping a single workout? Not a damn chance. The man is 51-years-old and still chiseled like a Greek god. Look at this savage. 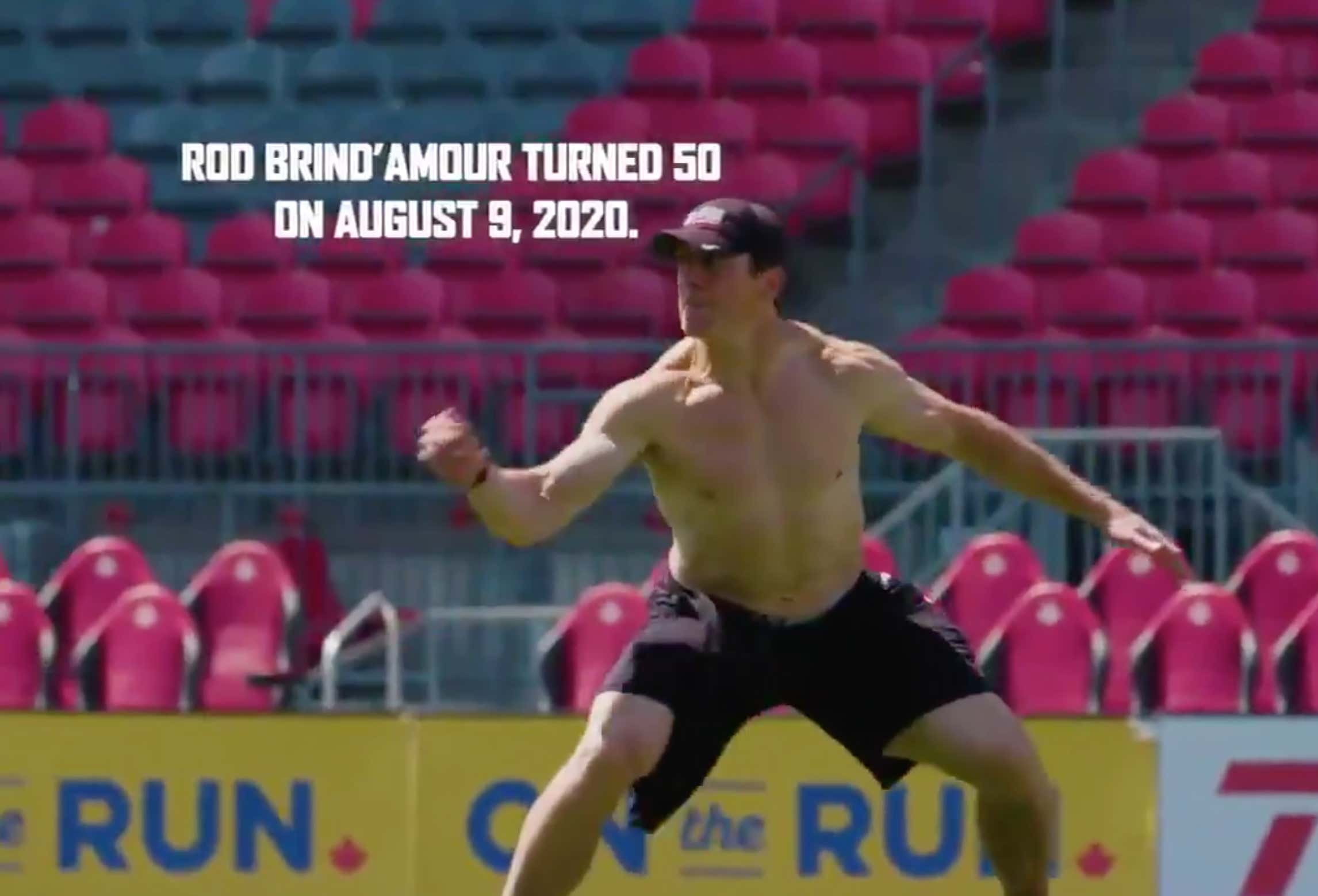 The only coach in the NHL who is more yoked than 99% of the league. So when the Carolina Hurricanes players were told to pack a couple of 45lb dumbbells into their luggage for the 5-game West Coast roadie coming up, I'm sure they were a little confused at first. But turns out that Rod The Bod couldn't trust the hotel gyms they'll be staying at over the next week and wanted to make sure he could still get a good pump in while they're on the road. Grind don't stop.