Quite literally my favorite televised poker hand in history. Absolutely heroic. This dude Rigby is playing for 8 million dollars and he is playing 32o as if it's pocket aces. And the best part is it wasn't because he had a read or anything, he's doing it because that's what he was born to do.

The reason is because he's from Pittsburgh and that's what they do there in cash games. They call 32o "The dirty diaper" and if you win a hand with it at a cash game, the entire table pays you (similar to the 72o game often played). The difference here is Rigby is playing a $10,000 buy-in tournament with a shit ton of money on the line, but he STILL was playing the 32o game.

It's the blue collar thing to do, according to his friends.

Also yesterday, our Cracking Aces co-host Jake Toole was eliminated late on Day 6 for a cool $95k and change.

Absolutely brutal snipe at my head from 3,000 miles away by the PokerNews reporter: 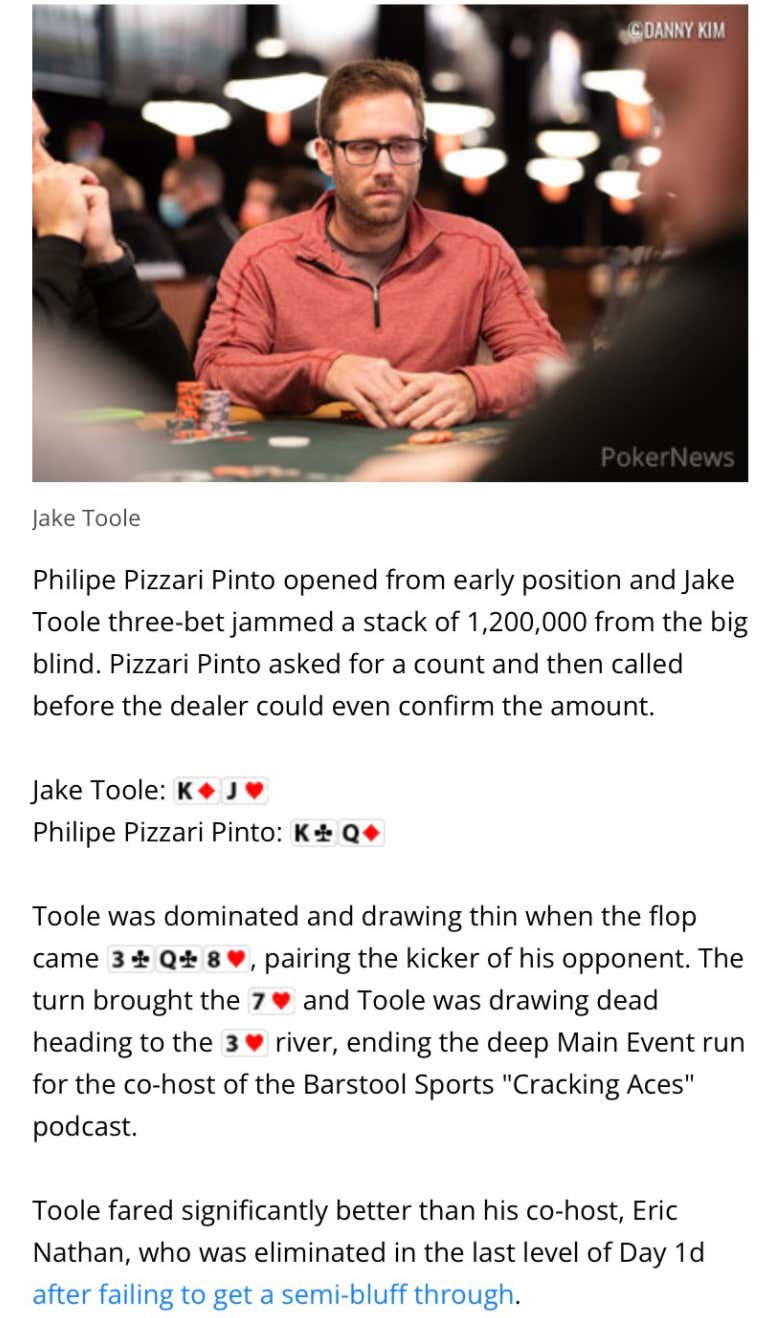 And of course the WSOP wouldn't be complete without Norman Chad being Norman Chad. A+ job by Jamie Kerstetter lobbing it up for Norm, she's the absolute best.

Shame I couldn't have made it a little longer and gotten on a featured table with him commentating. Next time. Feel my wrath, Norm, you old bitch.

PS: Been a really fun week. Sure I blew the entire thing with the 43ss, but that's my hand now and I love it.

We'll get the full recap from Jake on tomorrow's show, subscribe to get it when it drops.