I'm in a little bit of a mood because it's Friday the 13th and I got jobbed by a formerly trusted coworker this week. I get into the emotional side of being a runaway train with no support here:

Basic point is that Social Media Danny deserves to be tarred and feathered. He also thinks Taylor Swift wouldn't pay attention to me which is maybe a different blog. Either way he's a bitch in every sense of the word and I'm obviously triggered.

In that spirit I want to call out some other obnoxiously dumb mother fuckers. People who don't know Zapp's New Orleans Kettle Style Voodoo are legitimately oblivious morons. The kind of people that prefer to cure tuberculosis with a hot bath and a couple Glory Be's. To call you Flat Earthers would be a compliment. In a world with endless access to unlimited resources, you've managed to sleep on the undisputed kettle cooked GOAT 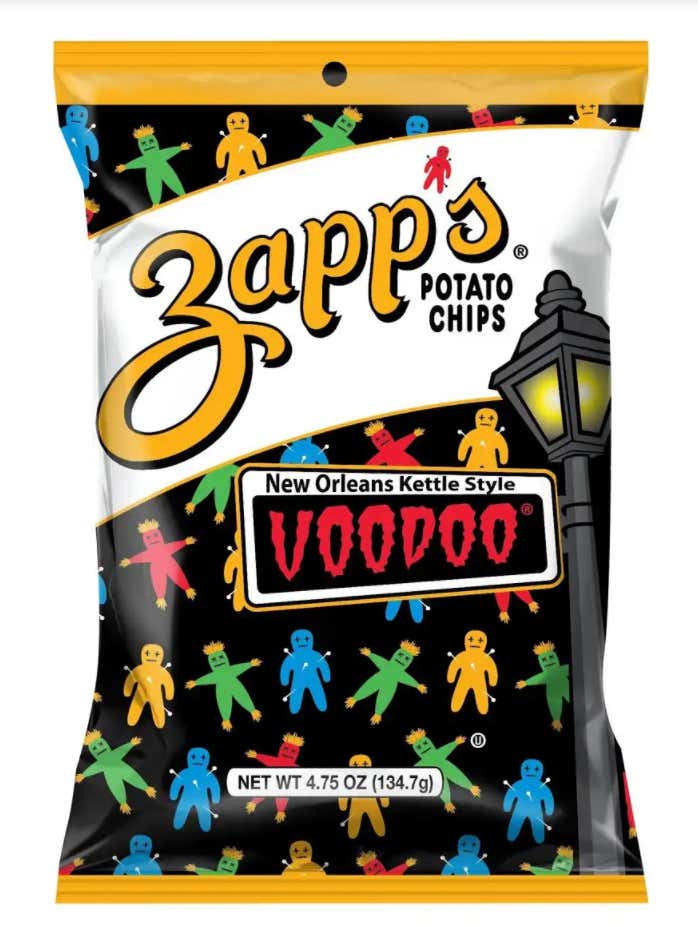 And yet I live in a world amongst animals and creatures that don't even know about this chip. How am I supposed to respect these guys? And they call themselves comrades? At least that's what Eddie says to Danny all the time. Those St. Pats guys are a different breed. They probably think this chip is lame because it can only drink 17 beers by sophomore year of high school.

Point is it's a great chip and I think those of you that overlook it can kick rocks. Simple as that. A baseline level of awareness changes the entire dynamic and there's no more deserving chip for your recognition. Get off your ass and go get some Zapp's New Orleans Kettle Style Voodoo Potato Chips. Thank me later then go listen to our shit.