Got this in my DMs this week & as a drinking enthusiast myself it's an issue I can relate to big time: 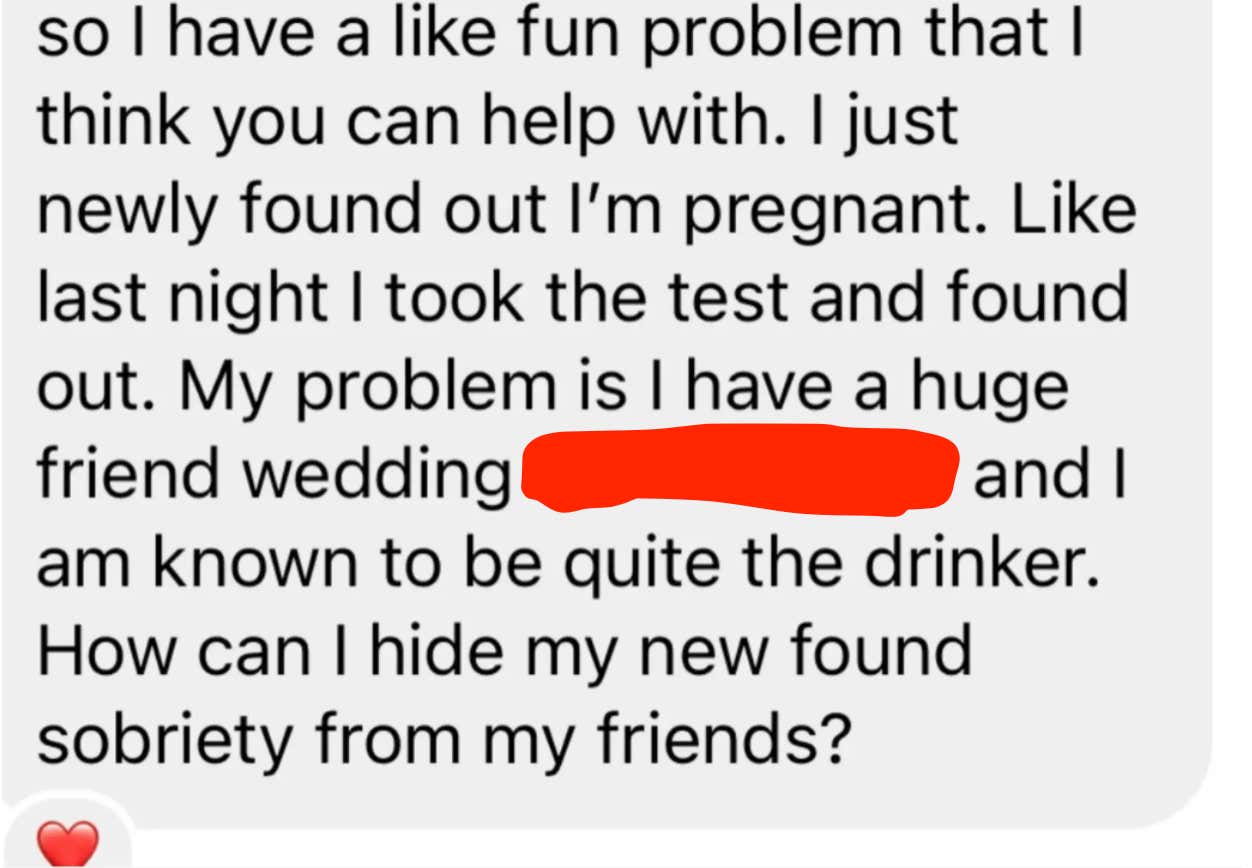 There's a wide array of reasons people wait to announce a pregnancy, especially in the first trimester, so it can be stressful if you have a big event with family & friends before you're ready. That's because people loooove to forget basic decency in that realm and speculate. Hate to say it but I've definitely been guilty of gossip in this exact scenario..

"Did you notice So & So wasn't drinking at the reception? Oooo, do you think they're pregnant?"

However, outside of cheap-chardonnay-fueled whispery small talk with close friends, I never put someone on the spot to confirm and I never 'outted' anyone, and I've since learned to keep those thoughts to myself since I get it now…

Though I felt a wave of hope & crazy love the moment those blue lines popped up on the Dollar General pee stick, there was also dumb shock. Adding to that, this wasn't planned & was happening with someone I was in an on-again-off-again, long distance relationship with, so I wanted to be sure we both had time to process & get on the same page.

Plus - and most of all - I was incredibly paranoid. It felt too lucky to be true, so it was really important to me to wait until I could announce it on my own terms, and in the second trimester when things felt more steady.

In the interim there were many events that revolved around boozin': a Labor Day trip with friends from work, a beach weekend with extended family to celebrate a cousin retiring from the Marines, and several Friday Night Pints episodes to name a few.

The obvious key is to appear with a drink in your hand and/or on your social media and to be extremely suave at Irish exits. I was around 3 months prego here but would often post stuff like this:

But that's not enough; you've really got to lean into it and go the extra mile to throw people off your scent.

So here are my other suggestions besides getting a cranberry seltzer with lime wedge and death-gripping it all night:

Once everyone at the reception is good and sauced, join the smoke circle out back and suck down a Faux Cig with the squad.

"No way, dude, she's been ripping heaters with us all night."

These faux cigs even blow smoke. Just toss some in an old box of your real cigs. No one will ever know:

This was me by the time I announced it: 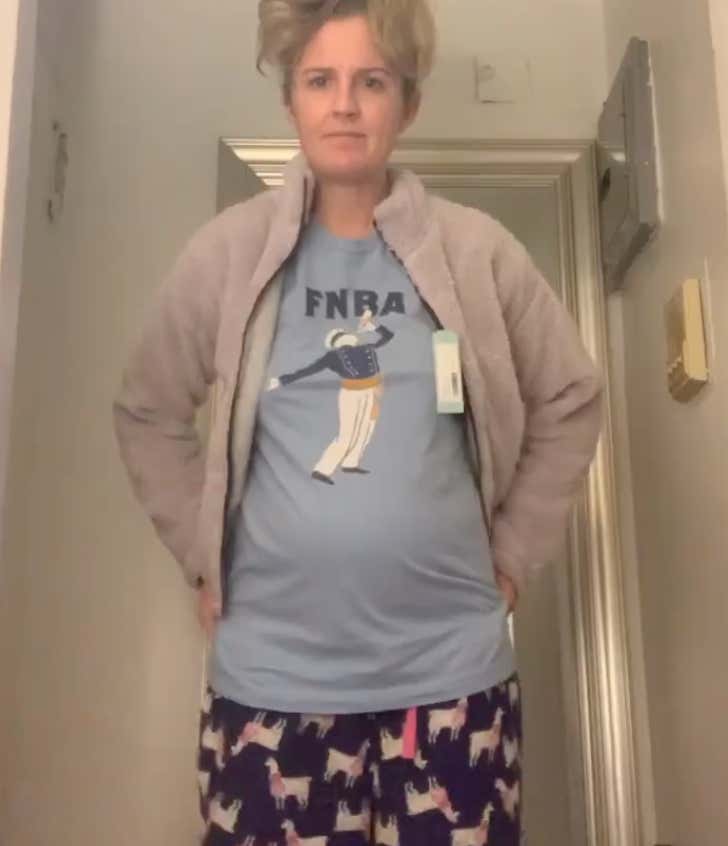 And you might be sporting a bit of a bump, too, so if you have a wedding reception go with something loose BUT NOT OBVIOUS. I suggest something that's a little flowier on the top but sassy & showy on the legs which brings attention downwards:

On the other end of the spectrum, if you're not sporting a bump yet I'd go with something super form fitting.

"So & So isn't drinking. You think she's pregnant?"

Quietly mention to a few people near the bar that you're laying low & not drinking much tonight because :: look both ways, whisper :: you just got a DUI and are probably facing jail time. This news will spread across the room like wildfire & who has time to gossip about a pregnancy when they're focused on this. Plus, obviously alcohol was involved so they'd never suspect a thing. To be safe I'd have a mugshot generated to 'prove' it. 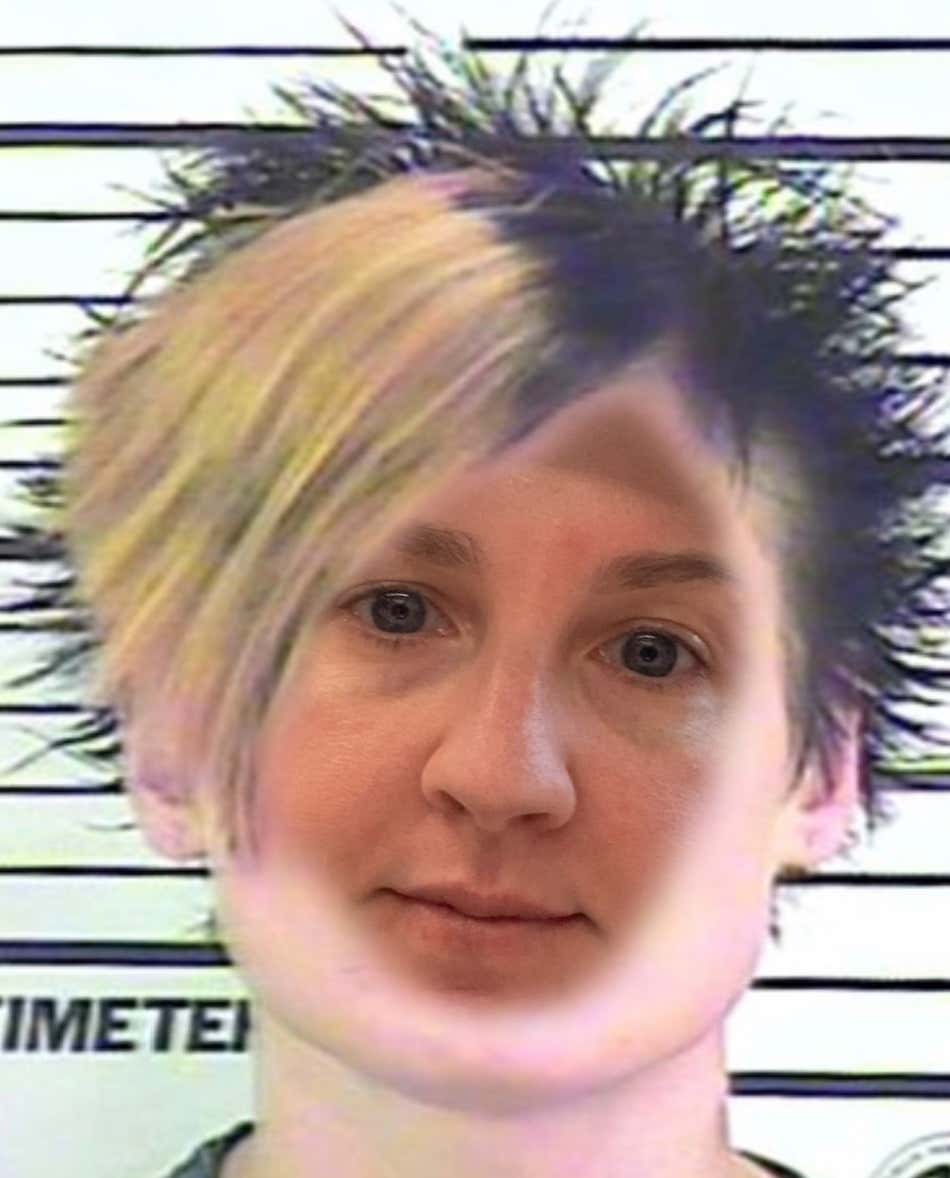 A supportive partner will go along with this so don't worry - but you need to ask them not to attend the reception & to go on airplane mode for a bit and to be ok with you telling everyone you're getting a divorce because they're too needy.

Then, much like the DUI, let a few people at the party know you guys are splitsville & watch the gossip fly. When people ask what happened say something like,

"Ugh, he kept pushing the whole baby idea & that's just not for me right now. I wanna be free. Now he won't leave me alone, it's like, so awkward."

And then save this to flash at them: 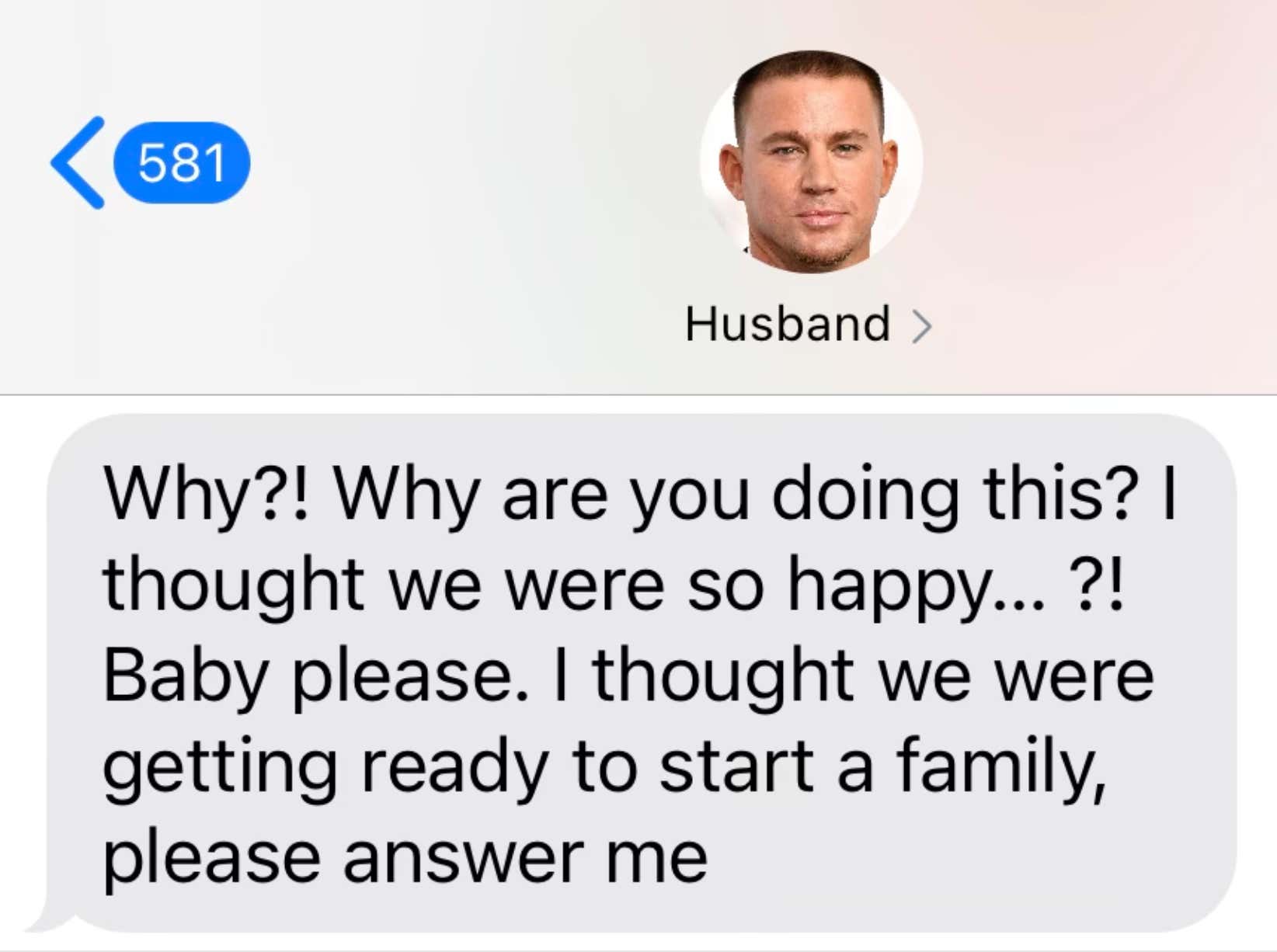 Everyone groans when the bars at the reception temporarily close for the bridesmaid/best man speeches that drag onnnn and onnn… but not at your table. That's because you've snuck in Pink Whitney nips for everyone in your purse. Little do they know yours is specially marked because you've swapped out the booze inside for regular old Crystal Lite pink lemonade. Make sure everyone sees you crush it. In fact, bring about 15 of them just for you & crush them openly all night to the point where people worry. Then when you make your sneaky exit or don't appear at the hotel after-party no one will question it.

"You didn't see them taking those shots all night? There's no way she's still awake right now. What a mess."

"Jesus, and she just got a DUI, too, and did you hear her & Channing are getting divorced?"

"Holy shit, no I didn't. That explains why she was chain smoking weird cigs all night like a lunatic." 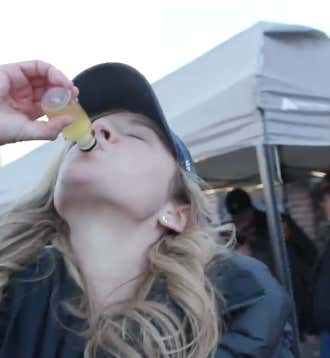 All 5 combined are an absolute powerhouse but really any of them will do.

And in the end it's nobody's business if and why you're drinking or not, and if somebody bugs you about it all you need to tell them is, "Just taking it easy tonight," or, "I have diarrhea… again".  Anyone who presses it further is outta line & you're well within your manners to shrug & move away.

Godspeed & have fun at the wedding!