Happy Trade Deadline Day! Is this Odell's last day as a Cleveland Brown? Certainly seems like it could be. And Odell's dad sharing this video on his Instagram this morning certainly doesn't help. And listen, as much as I'm annoyed with how much we're paying OBJ to have 0 touchdowns this season and catch 1 pass for 6 yards in the biggest game of the year, Dad isn't wrong. This video shows that OBJ is very, very open at times and Baker Mayfield simply cannot get him the football. 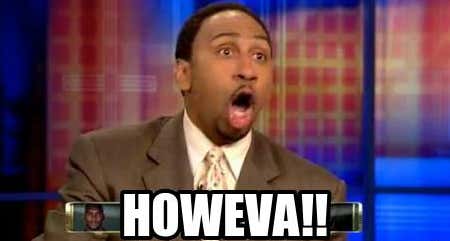 Now do one where you show all the times that ball his hit Odell squarely in the chest on 4th down and he drops it. Here, I'll start:

And I could find plenty more.

The fact of the matter is that Baker and OBJ have both been terrible this year. But for OBJ's dad to agree that Baker is either "hating on Odell or doesn't want him to shine frfr" is one of the dumbest things I've ever seen a human type. Why would Baker want to put OBJ in bad spots? Baker is either going to get signed to a $40 million a year extension or be given up on as a franchise QB. I think he wants to have a good year. Odell's dad is a me first idiot. And the apple doesn't appear to fall too far from the tree…

I'm Team Baker on this one. At least he gets fired up for the city. Odell doesn't even get fired up when the Browns score a touchdown to take the lead on the rival.

If the Browns would eat his salary, they could probably get a pretty decent draft pick. Trade his ass today.