The SKIMS mogul, 41, was spotted with Davidson on a rollercoaster at Knott's Scary Farm in Buena Park, California, on Friday. In exclusive photos obtained by PEOPLE, the pair can be seen holding hands while on a rollercoaster with friends.

They were joined for the outing by Kim's sister Kourtney Kardashian and her fiancé Travis Barker. Davidson, 27, and Barker, 45, know each other through their mutual friend Machine Gun Kelly.

"They hang in the same circles so they will be together from time to time," an insider tells PEOPLE. "It's just friends hanging out."

Kardashian West recently shared an onscreen kiss with Davidson in a sketch when she hosted Saturday Night Live for the first time earlier this month. Years prior, they hung out at Kid Cudi's birthday party in January 2019, along with Timothée Chalamet and Kim's husband Kanye West, with whom she's currently going through a divorce.

First off, let's address the gigantic elephant in the room. And get it out of the way: Pete Davidson is white.

So that said, as big a hater you might be, or anybody or anything in life, or of Kim Kardashian and her kinfolk, you gotta have some respect for Pete Davidson.

Chalk up a W for the white guys.

As Chaps so famously pointed out, Pete Davidson is not exactly George Clooney. In fact, he allegedly has "butthole eyes".

But that hasn't stopped this guy from clocking la creme de la creme of gash.

and last but certainly not least, he was briefly engaged to Ariana Grande in 2018.

I mean, I've never heard anybody say a bad thing about Pete Davidson, I'm sure he's a swell guy. Friends with tons of musical artists, actors, and fellow comedians. Everybody seems to hold him in high regard.

The jury is still out for me on if he's actually funny or not. I don't think I've seen enough of his material to judge. But from what I have seen, I don't get it.

But this clearly confirms it.

Pete Davidson must be fucking hilarious in real life when the cameras aren't rolling.

Because as everybody knows, chicks LOVE guys that are funny.

That, and giant cock. Which we have all basically validated at this point.

You get the point.

Arianna alluded to it after the fact, after they were finite-

And she's one of the hottest stars in the world. Who could have anybody she wants. Guy or girl. And she chose Pete- 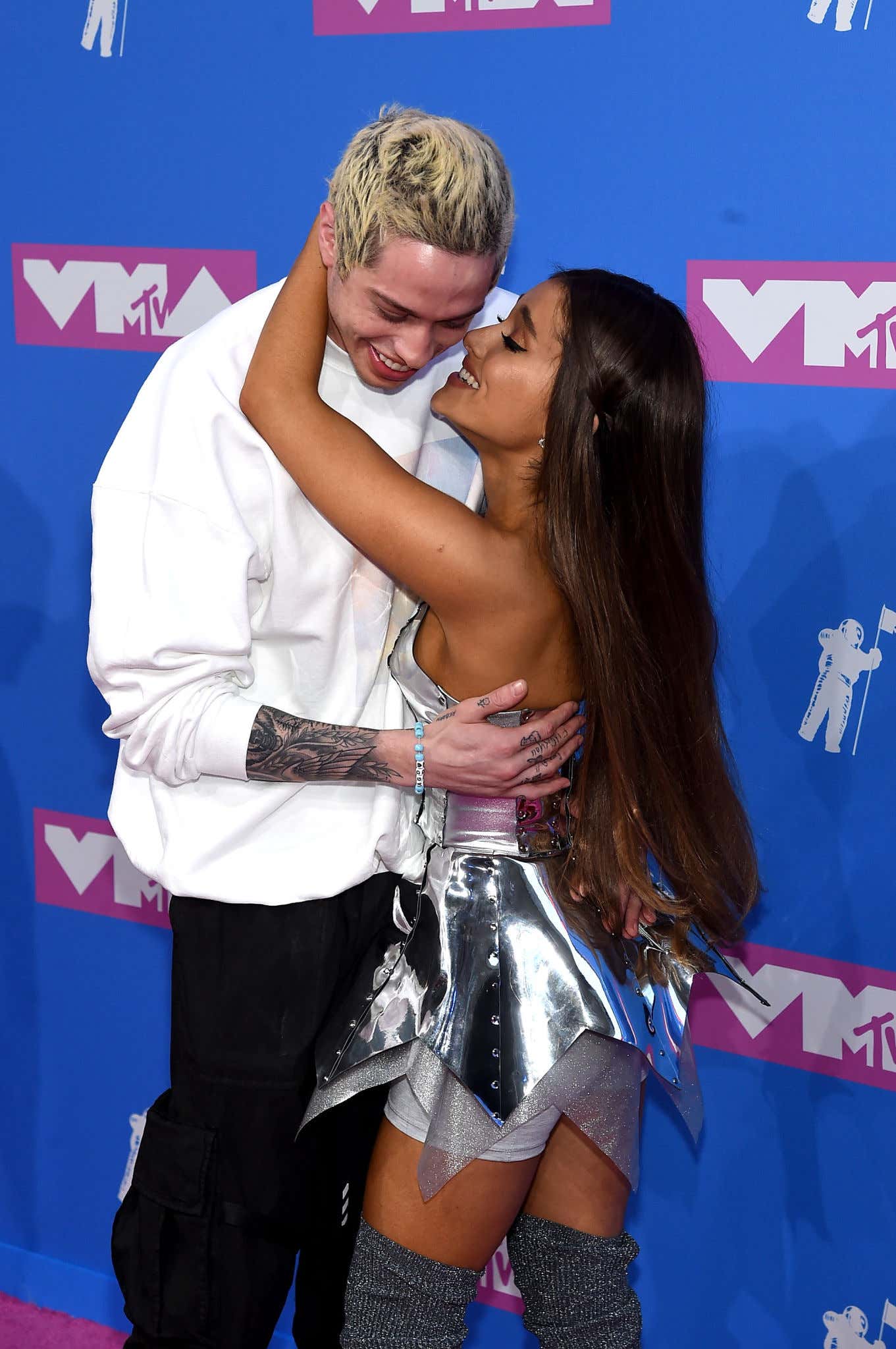 Usually, chicks that are dating guys everybody knows aren't in their league, will go out of their way to hype them up to their friends and the public. Exaggerating like you read about. Dick size included.

But this discovery came after they split up.

And as the old saying goes, if you saw it in a music video then it must be true.

And now, the BBD Princess herself, newly on the market, is falling for him. Which 100% confirms it.

I'm pretty sure the Kardashian girls (minus Kourtney) screen any and all potential suitors for dick size from the jump. Like a child entering an amusement park, if you're not 48 inches, you can't ride.

Living at home with his mom, and having butthole eyes (allegedly), means Pete must be packing an anaconda to be (or soon to be) splitting that.

There's no way Kim K. is going from the most famous rapper in the world, who's worth 6 billion dollars, to Pete Davidson's ass unless 1) she's just looking for some good dick, and 2) he's got a monster wrench.

So props to Pete. There are far worse things to be known for. And you won't find me hating on a guy who makes the most out of what he was born with. Keep living the dream.