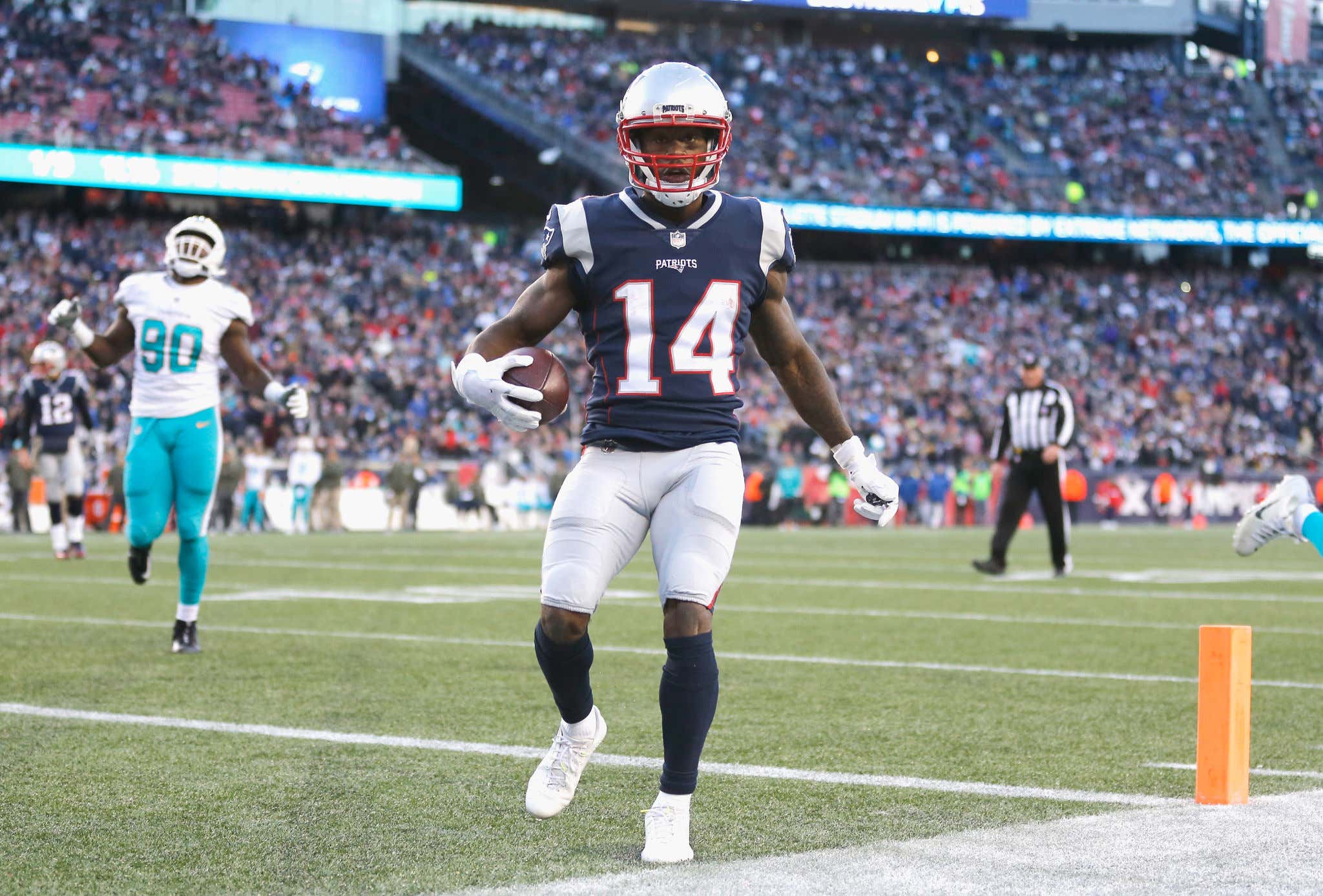 It just wouldn't be NFL Trading Deadline season without the internet drawing direct lines from every potentially available player to the most active Trading Deadline GM of them all. Connecting dots:

Brandin Cooks is just the latest in a long line of Houston Texans trying to shoot their way out of Jack Easterby's ghost town. In his case, the precipitating event was his team trading its leading rusher, Mark Ingram. It's been a fire sale in Houston since the day former Pats' team chaplain Easterby seized control of the organization from the man who hired him away from New England, Bill O'Brien in a most un-Christian way. And apparently he's gone all Broken Arrow because he doesn't want to be the only above average player left once the shelves are completely out of stock.

So naturally, the immediate assumption is that the Pats might be interested and to reach for the Belichick Stride of Pride GIF. And I for one have to admit, it's an intriguing idea.

For starters, just to dispense with the boring but necessary parts first, the Pats can afford him, according to the only source that I listen to on such things:

That said, there are pros and cons all over the place.

The pros being that Cooks is having yet another outstanding season. He's:

All of this with Davis Mills, the runt of the 2021 rookie quarterback class, throwing to him. And believe it or not, either Cooks forged his birth certificate like a Little League World Series cheater, or he really is still just 28 years old. And it's the latter.

Those numbers Cook is posting are either a con or a pro when it comes to getting him, because they're the best on the Texans, across the board. So they're a con if Easterby actually has plans to field a competitive team still. A huge pro if he looks at the 1-6 powerhouse he's constructed (31st in offense, 30th in defense) and his own job security (thanks to his weird, Rasputin-like spell he's cast on owner Cal McNair) and decides his best plan is to tank as hard as he can.

As for how he'd fit into New England, it sounds stupid to debate whether he'd upgrade their receiving corps. But since that never stopped me before, I'll just forge on ahead.

Let's start by conceding that not only are his 45 receptions and 502 yards best on the Texans, they'd be the best on the Patriots. By far. My issue isn't with his numbers. It's Cooks style of play. He's a vertical, outside burner type. Of that there's no doubt. Which to me means adding to this roster as it's currently constituted would be a adding a built-in redundancy.

As it is, this is a team set up to rarely go with three wide receiver sets. It's definitely a two tight end attack. And employs Jakob Johnson 25.05% of their snaps, and a tight end lined up as a fullback a substantial amount of the time beyond that. When the do go 3-WR, it's Jakobi Meyers, Nelson Agholor and Kendrick Bourne primarily. And those last two are essentially the same time of vertical receivers Cooks is. Not quite as good, I'll grant you. But Agholor did lead the league in yards per reception last year with 18.7. This year he's down to 14.5 and Bourne is at 15.9. But with Cooks sitting at 11.2 and not nearly the possession receiver that Meyers is, it reduces the stupidity of the question of whether they need Cooks by 61.7%. (That's a completely made up number just to see if you're still with me.)

Listen, I love the idea of Mac Jones taking more deep shots like the one he hit to Bourne Sunday as much as the next guy. I think he can hit on those and want to see more of it. But it's not the strength of this offense. Consider this:

Yes, working the short and intermediate middle of the field is Jones' wheelhouse. And by the Transitive Property, the Patriots. It's about Jones reading the curls and flats and delivering the ball with timing and accuracy. And while adding another wideout who can force those coverage linebackers to widen would make it even more effective, I just think it's legitimate to ask how much you need to put your resources into a guy who does what you already signed two other veterans to do, instead of simply continuing to develop the guys who are already here.

Another thing with Cooks is just how … well, peculiar his career has been. Let's take his driver's license at its word that he's just 28. He's in his eighth season and is already with his fourth franchise. And in spite of the fact he's had 1,000 yard seasons with all of them, a trade now would mean they've all chosen to move on from him, and fast. In no way to I think for a hot second it's because he's a bad guy or a shitty teammate or anything of the sort. But they do dump him. Hell, the Patriots sent a 1st round pick to New Orleans for him in 2017, he led the team in every receiving category, and they immediately traded him to the Rams for another 1st, the draft equivalent of getting a store credit.

Maybe teams just don't value his contributions all that much, in spite of the obviously impressive stats? Only they are at liberty to say. I can say is aside from that insane catch he made at the boundary to beat the Texans at Gillette, I struggle to remember any other real impact play:

Though to be totally fair to Cooks, maybe it's just my brain that sucks. Because I have much clearer memories of these plays: 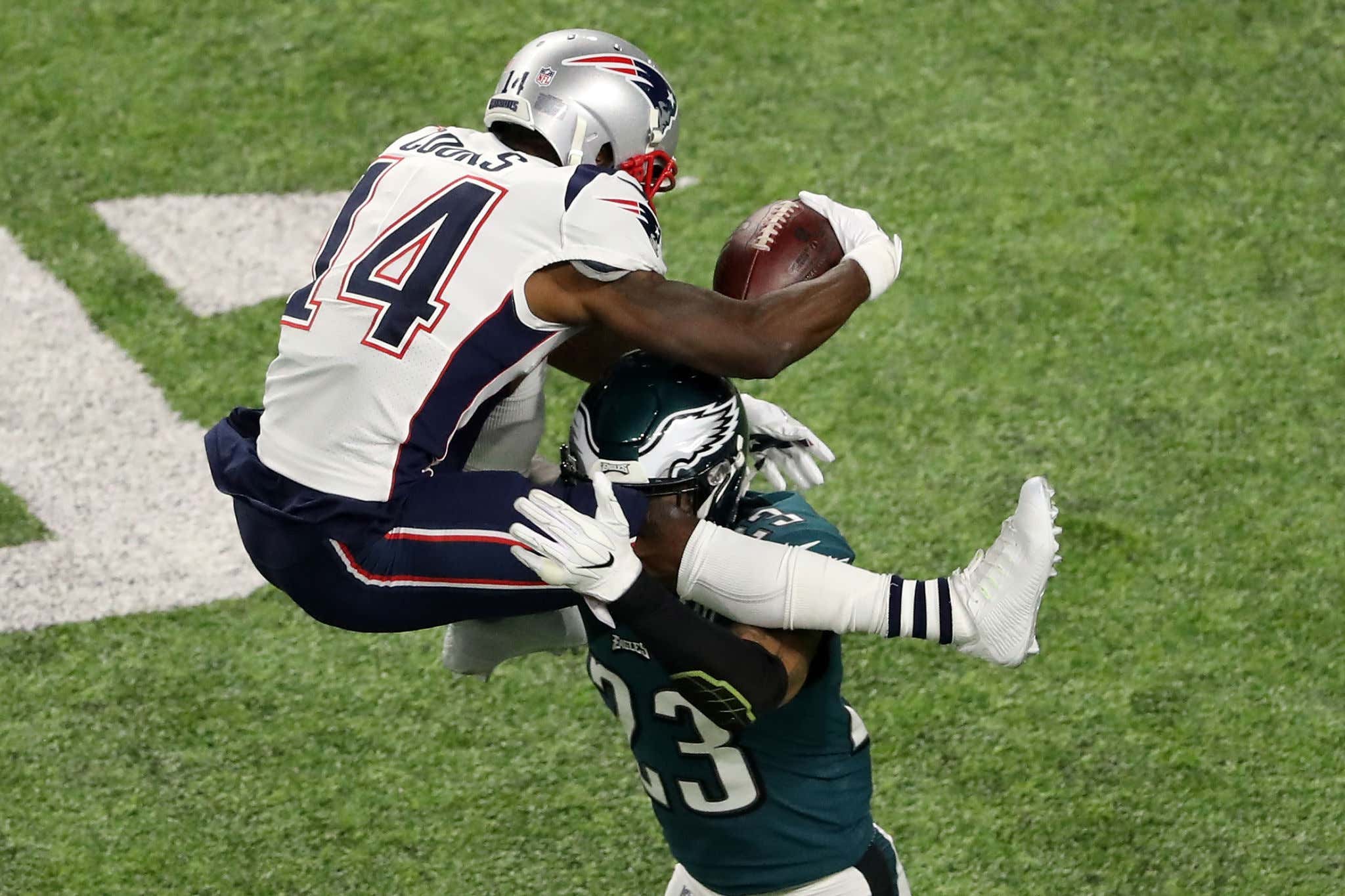 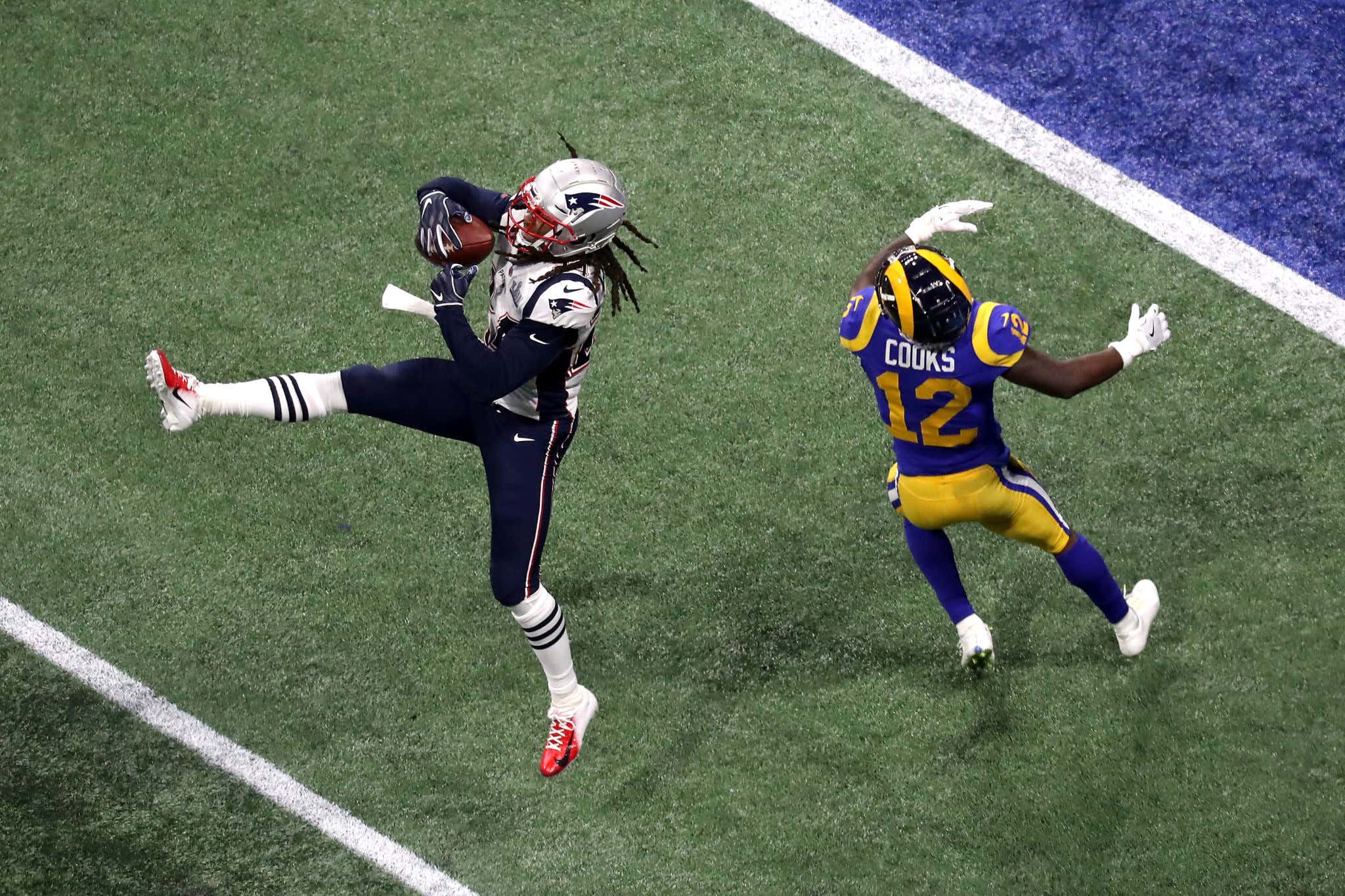 Listen, if the Pats get Cooks without giving anything of value up, and I'd be dangling that 2023 6th rounder they're getting in the Stephon Gilmore trade like Del Griffith bribing his way into a motel room with a Casio:

… I just think that Cooks is an addition, but not a substantial one. If he comes cheap and can help right away, fine. But in the meantime, put your time and effort into adding to a secondary that desperately needs bodies.