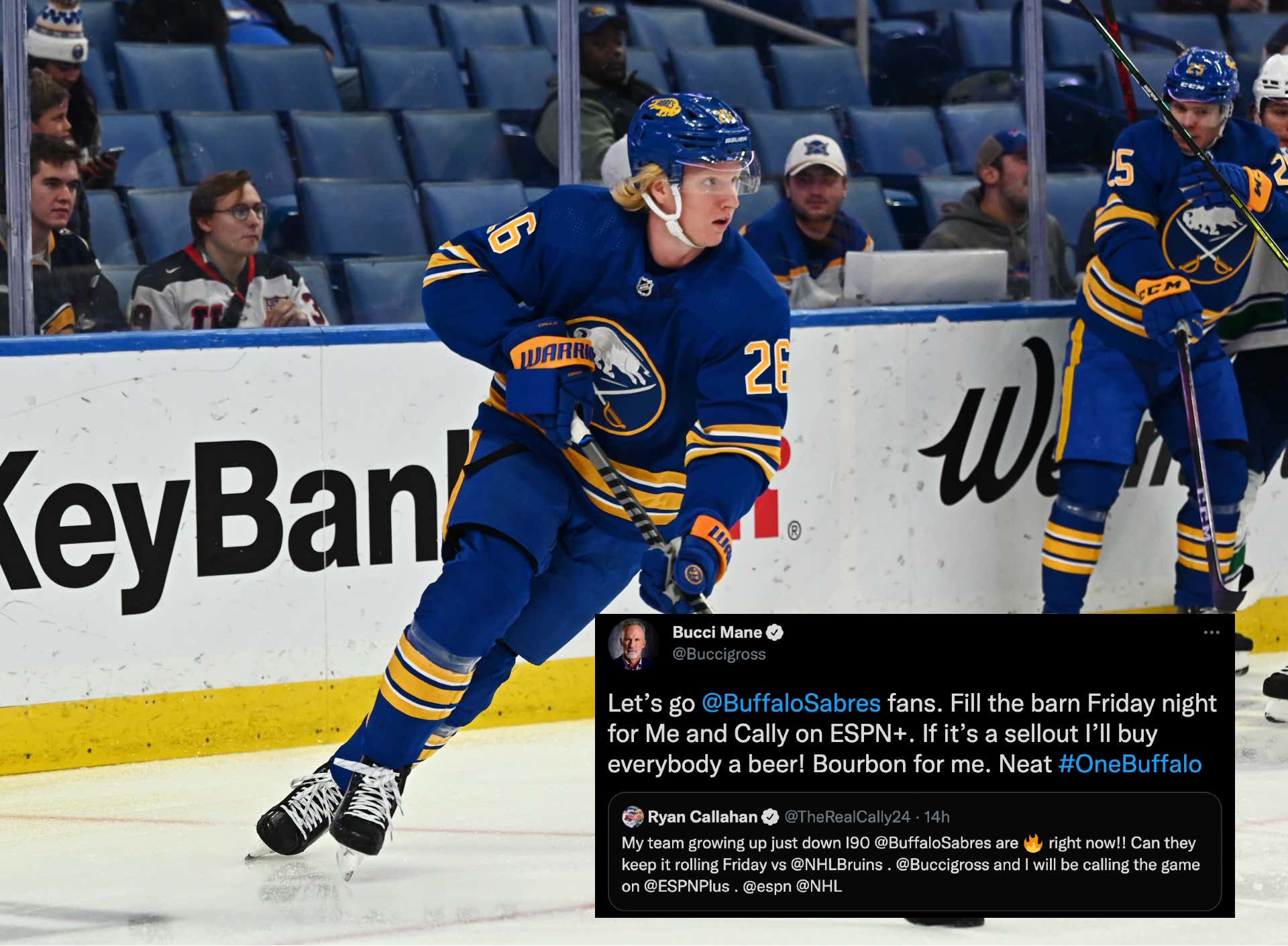 According to one of the most well-respected journalists in hockey, the Buffalo Sabres are currently a certified wagon. They're 3-0 to start the season and playing some damn good hockey.

With that being said…well not all wagons are created equally. Some are forged from years and years of steadfast drafting, key free agency acquisitions, an emphasis on player development, and everything falling into place at the right time. We saw that with the Blackhawks dynasty, we saw it with the Penguins, the Red Wings of the 90s and early 2000s. Pretty much every truly great team ever.

That's not necessarily the case with the Buffalo Sabres. They've just randomly decided to play some really good hockey to start the season. But almost none of it is thanks to the work of GM Kevyn Adams or the ownership group Pegula family. If anything, everybody outside of the guys actually on the ice have done everything they possibly could to get in the way of the Sabres success. The fine folk of Buffalo deserve better than that, and the attendance numbers shows they've finally had enough.

They've lost 10,000 season ticket holders. I'd imagine that not letting the superstar cornerstone of your organization get the surgery he feels most comfortable with to heal his own body for the rest of his playing career and the rest of his life will probably rub some fans the wrong way. Along with countless other situations this organization has bundled over the course of not making the playoffs in 10 straight seasons.

But if ever there were a reason to show up to the barn on a Friday night and watch the Buffalo Sabres…well drinks on Bucci might be it.

Just imagine the scaries that Bucci is going to be dealing with as he watches KeyBank Center start to fill up more and more as the pregame warmups go by. A quick Google search says it has a capacity of 19,200. You have to imagine that a beer is somewhere around $8. I also picture Bucci to be a man of honor and integrity, so you have to factor some sort of tip into the equation. I'd say at the very least, that comes out to be a $155,000 Friday night for Bucci Mane. I'd never count another man's money but that's gotta be a tough bill to pay to start your weekend.

What a move, though. He knows there's less than a 1% chance they actually have a sold out crowd so he most likely won't have to worry about any of this. But if they do, well then he becomes a legend in Buffalo for the rest of time. Hell, you might as well just give him the team if they sell out on Friday. Partial ownership should be on the table at minimum.

Sidenote: It'll be against against an angry and motivated Boston Bruins team who heads to Buffalo after getting the absolute shit pummeled out of them by Philly tonight.