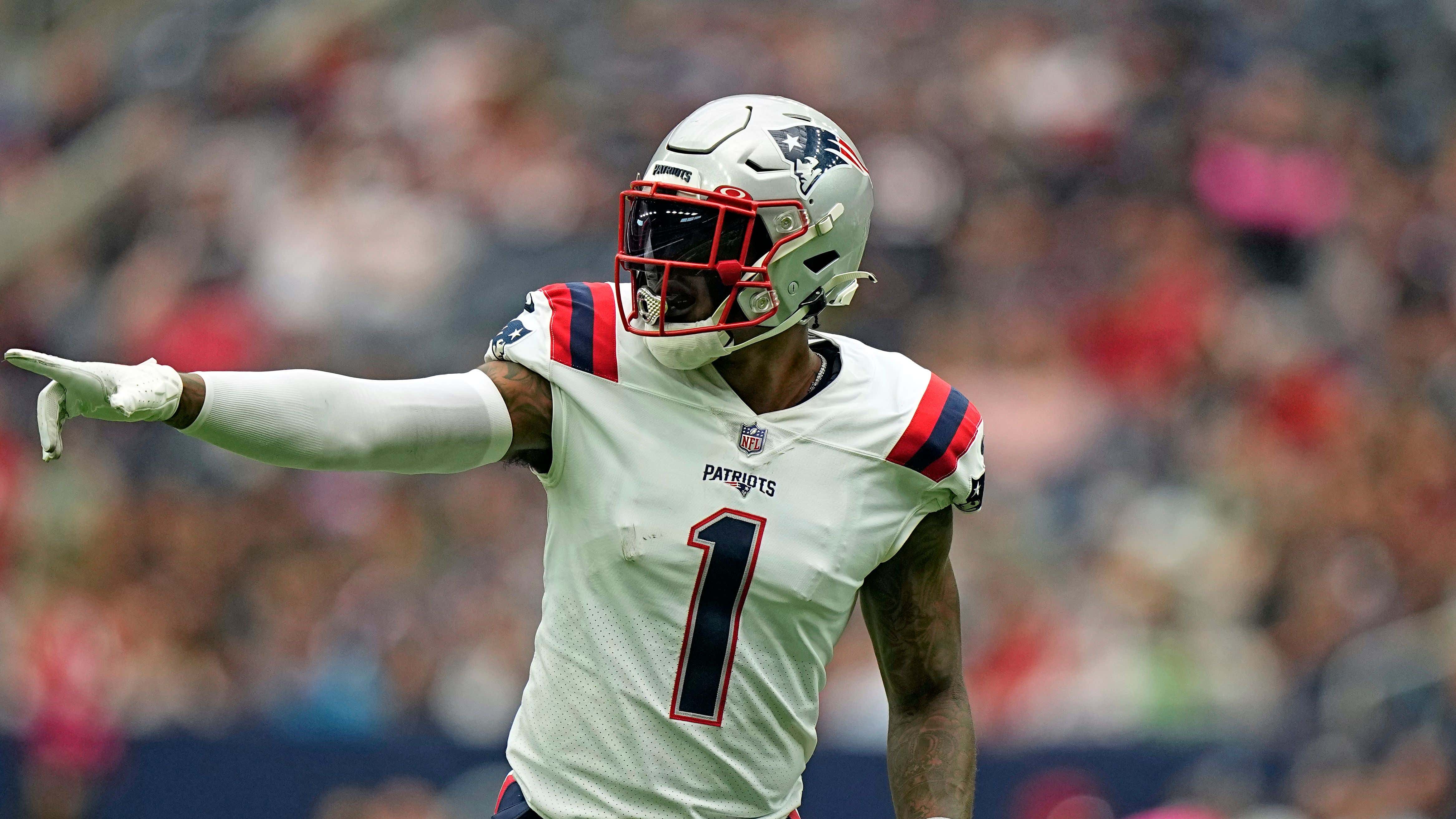 Before I get into this, I want to firmly define my terms. I am not trying to limit this discussion to mere draft picks. We can have a lively discussion about who the worst free agent signing of GM Bill's time in New England. And in September of 2020 I wrote about the Patriots giving up a 2nd round pick for eight games of Mohamed Sanu and where that ranks on the all time list of bad trades.

For the purposes of this conversation, I'm not differentiating between between draft capital, money, and value surrendered in a trade. I'm lumping them all into one big, undefined category of Assets Given Up versus Return on Investment and trying to determine whether any player has ever cost so much and provided so little as N'Keal Harry has.

Why? What's got a bug all the way up my ass about him today of all days, you may ask? Good question. Here it is:

Your team is down by six in the 4th quarter. Your quarterback has led you 60 yards thanks to a 21-yard gap run by your lead running back. You're facing a 2nd & 5 in the red zone. The signal comes for you to motion from the boundary side slot to the field side. And you're off somewhere in your own little bubble.

Mac Jones does that heel step thing to signal Harry into motion. Harry doesn't see it. So he hand gestures. No response. He tries tapping it out in Morse Code on David Andrews ass cheeks. Starts flashing an Aldis lamp. Tears his hand towel in two to signal in Semaphore. Begins to finally try to connect psychically with his wideout using Astral Projection. Before he finally just screams out for Harry to wake up and get in the play as the play clock counts down like in every Sci-Fi movie where a space ship/station has been set to Self-Destruct mode. Even as Tony Romo is about to have a coronary, Jones has to re-yell the play to Harry as he runs by, but has the presence of mind to realize it's been busted beyond his ability to repair it, so he airmails the ball above Jonnu Smith.

Note that this is Harry's third season. He was first handed a playbook in May of 2019. A simpler time in the long, long ago when people still did things like go to movies and Corona was something you drank. Mac Jones first saw his about six months ago. But he knows what the playcall is. So does Harry's other nine teammates.

Now if you think I'm overreacting because Rhamondre Stevenson punched it in three plays later for the lead, so no harm done, congratulations. You've just been voted Sole N'Keal Harry Survivor. But there's no million bucks. Just the satisfaction that must be yours for being the last person to still defend this guy. That must feel good on some level. I hung in there for as long as I could and tapped out around this time a year ago.

Here are Harry's numbers from this night. Facing a defense the Pats were able to move the ball against. That came into the game 31st at defending tight ends, meaning there was work available for a 6-foot-2, 228 pound physical specimen who was drafted to be a tough matchup against smaller DBs as well as red zone target, via Pro Football Focus:

So that's what he is now. A run blocking wideout. On a team running a two tight end system with heavy use of a fullback. And before you go assuming he's the Hines Ward of his generation, know that PFF gave him a run blocking grade of 55.4. By way of comparison, they gave Mac Jones a 60.2.

On the season, he's been in three games. And targeted three times. Twice at intermediate depth (10-19 yards) and once underneath. He has two receptions for 19 yards. Stevenson has four for 48 yards, and he's a 245 pound rookie running back who was put in Solitary Confinement underneath Ivan Fears doghouse for three games.

It gets worse the further back you scroll on the map. For his career, Harry is now up to 49 receptions. On 89 targets, which is 55.1%. He was drafted to be a possession receiver. His career yardage total is 454. There are currently 14 NFL receivers who have more than that through six games this season. Including Deebo Samuel, who plays his sixth game tonight. And speaking of Samuel, here are the yardage totals for some of Harry's former 2019 rookie class:

And in case anyone wants to make the case Harry's breaking in a rookie QB:

So it's almost impossible to overstate what a colossal failure Harry's been as the 32nd overall pick. Now with two-plus seasons under his belt and absolutely, positively non-productive in a league in which his level of non-production is almost impossible to achieve. If he was a movie, he'd be the Katherine Heigl/Tom Sizemore bomb "Zyzzyx Road." You could grab virtually any wideout who goes to the Senior Bowl or gets a Combine invitation, sign him as an UDFA, and he'll at least occasionally get open and haul in  a 20-yard reception. And know the plays after his third camp.

What happens from here is anyone's guess. The trading deadline is approaching. When Harry's agent put it out there that he wanted to be traded last spring, NFL Network's Mike Garafolo called Harry an "interesting guy to watch here as we get into the start of the league year, maybe a little bit further, as we get closer to the draft because there's going to be a lot of moving parts in New England."

And Harry's name did come up on Broncos' blog The Mile High Report as a system fit:

If Pat Shurmur is adamant about utilizing 11 personnel (3 WR, 1 TE, 1 RB) on 70+% of the offensive snaps as he’s done the last two weeks, the Broncos may want to beef up their wide receiver room. A player like New England’s N’Keal Harry, Houston’s Brandin Cooks, New Orlean’s Michael Thomas, or even Chicago’s Allen Robinson could draw some interest.

But aside from moving him for some conditional 7th rounder or someone else's damaged goods, you'd just be clearing a roster spot.

And for whom? Devin Asiasi, I suppose. He'd at least present more of a matchup problem if you used him as a "move" tight end/WR hybrid. And possibly get into a passing lane once in a while.

So yeah, to ask and answer my own question, N'Keal Harry is the worst player acquisition in the glorious history of the Belichick Era. Until further notice, meaning if he actually starts producing. Which is beyond what I allow myself to expect out of this guy. Unless he's supposed to go into motion and just gets lost on the way.

P.S. Maybe it's time to just give No. 1 back to the one person who's done it some justice.