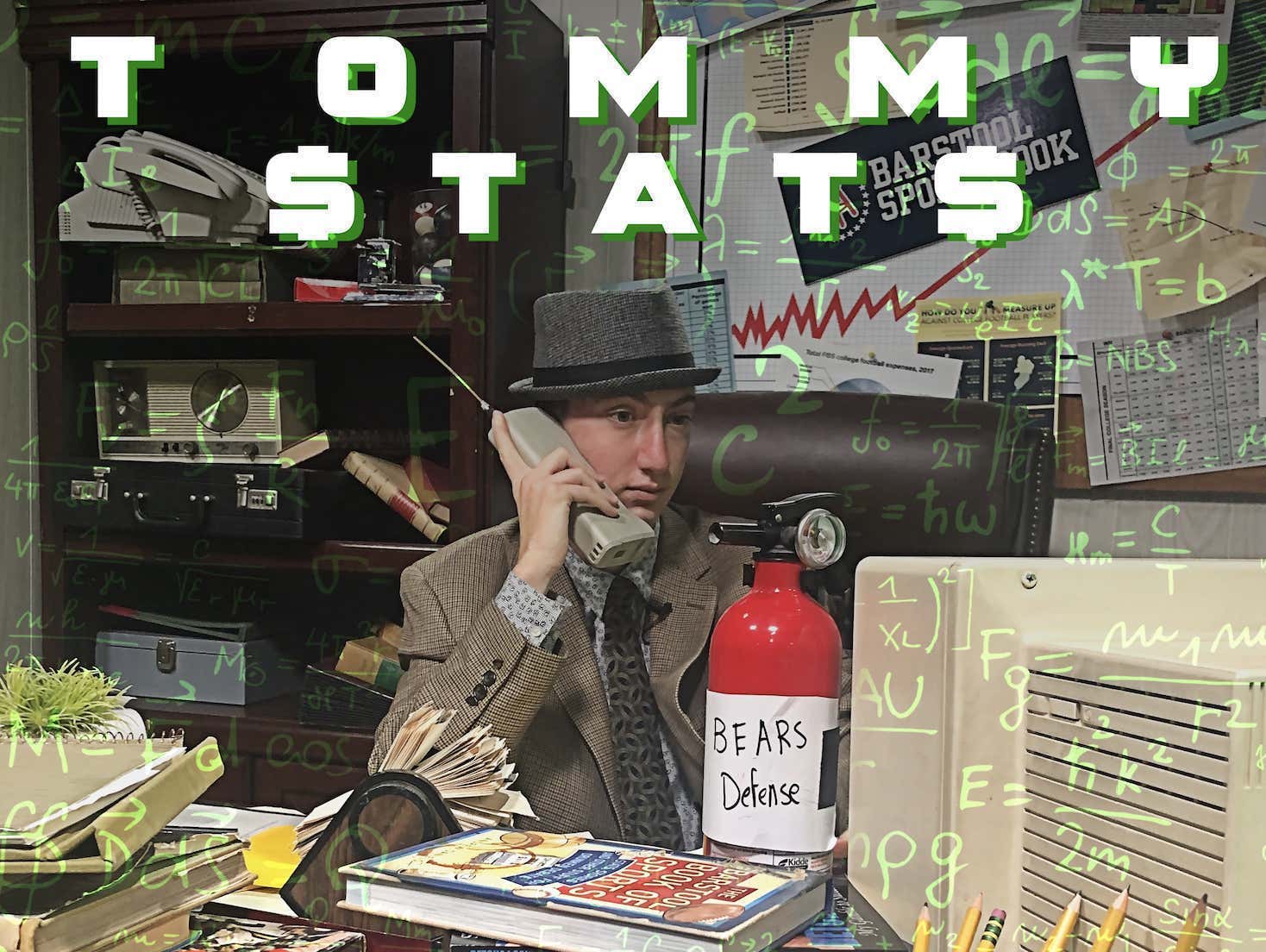 Below is my entire cheat sheet I use for Advisors each week. Lines courtesy of the Barstool Sportsbook, subject to change from the time I compiled this. I'll also be giving a pick or two for each game based on what the stats say and keeping track of my year long record (2-3 last week, 9-9 YTD)

A battle of two teams that look like they might actually be quite good. This is a tough one, but there could be some value on the Panthers without Christian McCaffrey. Last season, they were 6-0 ATS when playing on the road without him. And on the other side of things, no team gets more overvalued than Dallas as a home favorite. They are just 23-47 ATS in their last 70 in that spot. That's the worst mark in football.

Sean McVay quite simply owns the Arizona Cardinals. He's never lost to them in his four seasons as Rams head coach. He's 8-0 SU and 7-0-1 ATS facing Arizona with an average margin of victory of 20 points. This Cardinals team is better than previous seasons, but so are the Rams. Also worth noting that there's a couple of trends for the under here. The under is 13-3 in the Rams last 16 as a home favorite. And the under is 13-3 in the Cardinals last 16 road games. Both offenses are better this season though, so I'd stick with just the Rams pick.

The Ravens offense isn't getting enough credit with this line. I love when there's value with team totals (like the Chiefs pick I gave in Week 2). This week, the Ravens team total is 22.5. I know they're on the road and I know Denver's defense looks solid. But how's this for a stat? In Lamar Jackson’s 40 career starts, the Ravens have scored less than 23 points just 6 times. He averages 30.4 PPG overall in his 40 starts. History says they're very likely to go over that 22.5 number.

I gave out this pair of stats before Pittsburgh's game in Buffalo Week 1 and both hit, so we'll go right back to it. The Steelers are 16-5 ATS in their last 21 games as a road dog. And the under is also 40-13-1 in the Steelers last 54 road games. I know the Steelers have looked horrible, but that's a lot of data. Also, Ben Roethlisberger is 14-6 ATS following a double digit loss.

The Stats Say: Steelers and under

Pretty tough to find a stat for this game. There's obviously no matchup history between Brady and Belichick, and we only have 19 games worth of data since Brady headed south. But I dug deep here and found something. The first quarter total is 9.5 points right now. And both these teams are slow starters. Bucs 1st quarters are averaging 7 PPG this season, and 7.5 in their last 7 games (gone over 9.5 twice). Meanwhile, Pats 1st quarters are averaging 8 PPG this season, and 6.75 in last 8 games (has gone over 9.5 twice). Big games often start slow as the teams feel each other out, and I expect this to be no different. And also if you're looking for a side, Brady is 41-14 ATS off a loss, 15-3 ATS after a double digit loss. He's also covered every game following a loss with the Bucs 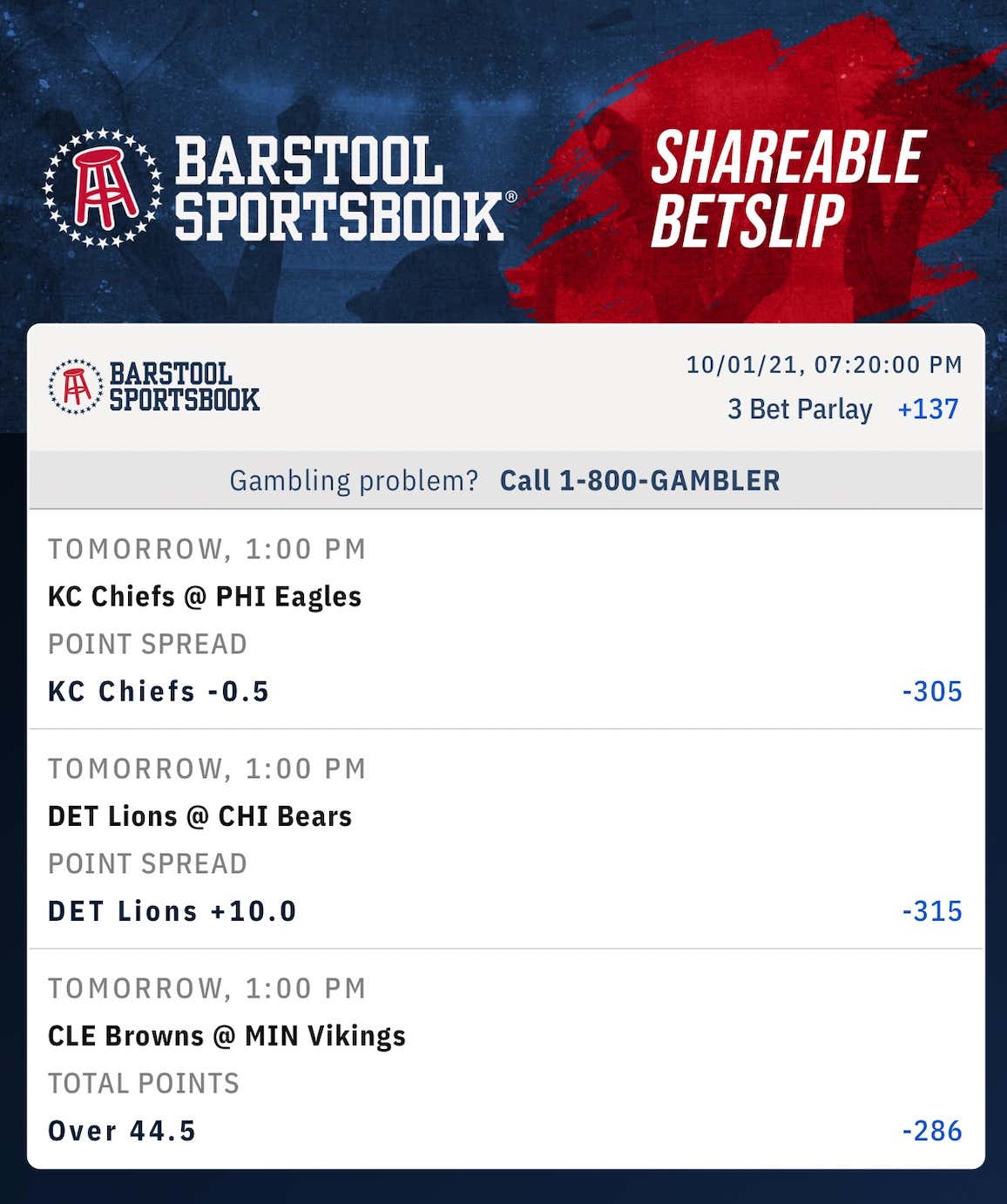 You can bet it HERE if that tickles your fancy