I went to the Cubs game last night. As a fan, not working. Had really good seats thanks to a freezing cold night out of nowhere, the lowly Twins in town, and well, you know.

They lost but that's neither here nor there. The talk of the game was from the night before. All everybody around me was talking about for the first 2-3 innings was how awful Robbie Fox's boy Connor McGregor was at everything except shit-talking, promoting whiskey, and beating people's asses.

He can't throw a baseball to save his fucking life.

Also, looks like he took a page straight out of the Portnoy book of not making excuses.

And he somehow topped that display with his seventh-inning stretch rendition of "Take Me Out To The Ballgame".

But definitely not the worst.

Carl weighed in yesterday and said Ditka's was worse. Which I agree with.

But worst of all time, like everybody in the snooty seats was claiming last night? Not even close yuppies.

I present to you #1b, the one and only Prince Of Darkness himself

I know what you're thinking. Ozzie's was way worse. Objectively? Yah probably correct.

Ozzie has been dead for like 30 years. His brain is fried from more drugs than any human not named Keith Richards. The devil called in his contract and repossessed his soul long, long ago. So that's not a man singing. It's a being from the netherworld. Big technicality.

Warren Griffin The Third on the other hand is an actual living, breathing, professional musician. For his cadence and key to be THAT off is inexcusable. Aside from telling the Friendly Confines to "mount up" (A+) this was an absolute embarrassment. Just ask this lady- 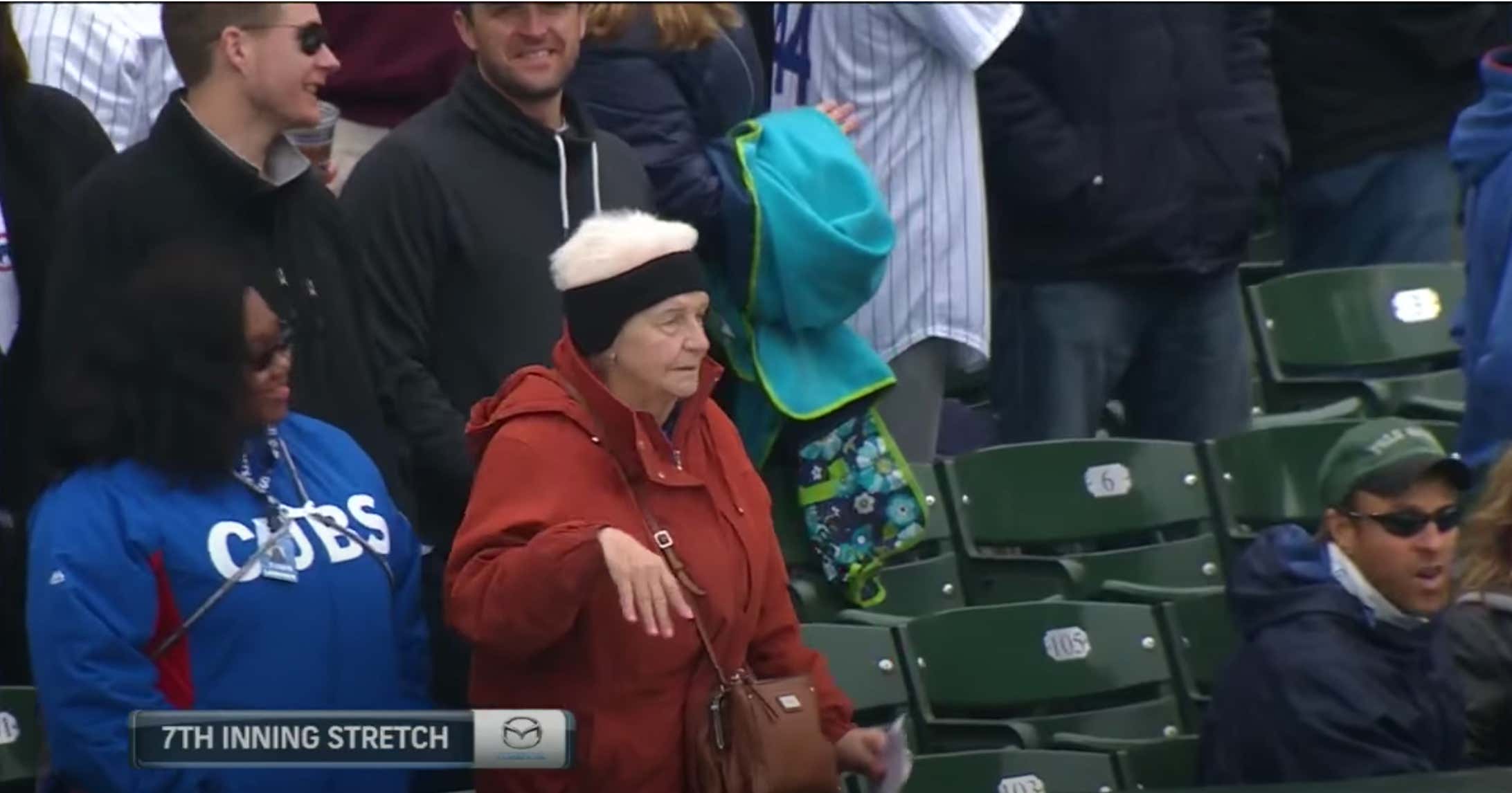 She was having NONE of it.