Let's get positive for a second, though… how about Browns Week 2 home openers, are they any good?

When it comes to Browns history since 1999, if you can find any stat where they have a winning record, it's fucking shocking.

What does this mean? Nothing at all. They better win this fucking game.

…and broke the hearts of Browns -4 bettors everywhere.

So, this line is crazy…

Thanks, I hate it.

But that is classic Browns history seeping in. This ain't your 1999-2019 Cleveland Browns, folks. I think they're good, as do most people. I know the Texans won in Week 1, but if they're truly good, they should be able to beat this team and do so handily.

As expected, Odell Beckham Jr. is out again, and people seem to think he will be back next week.

The biggest injury news is Jedrick Wills, though. The second-year stud offensive lineman was carted off the field last week, but…

With Chris Hubbard, Wills' backup out, this is big as an injury gets for the offense. Wills seemed to be in high spirits during the game last week, so I figured he was okay and not down for the season. I am a little surprised he is going to give it a go today…

Seems risky, but when he is effective and in the game, he is part of the best offensive line unit in the NFL.

Oh so great, yet oh so tragic. 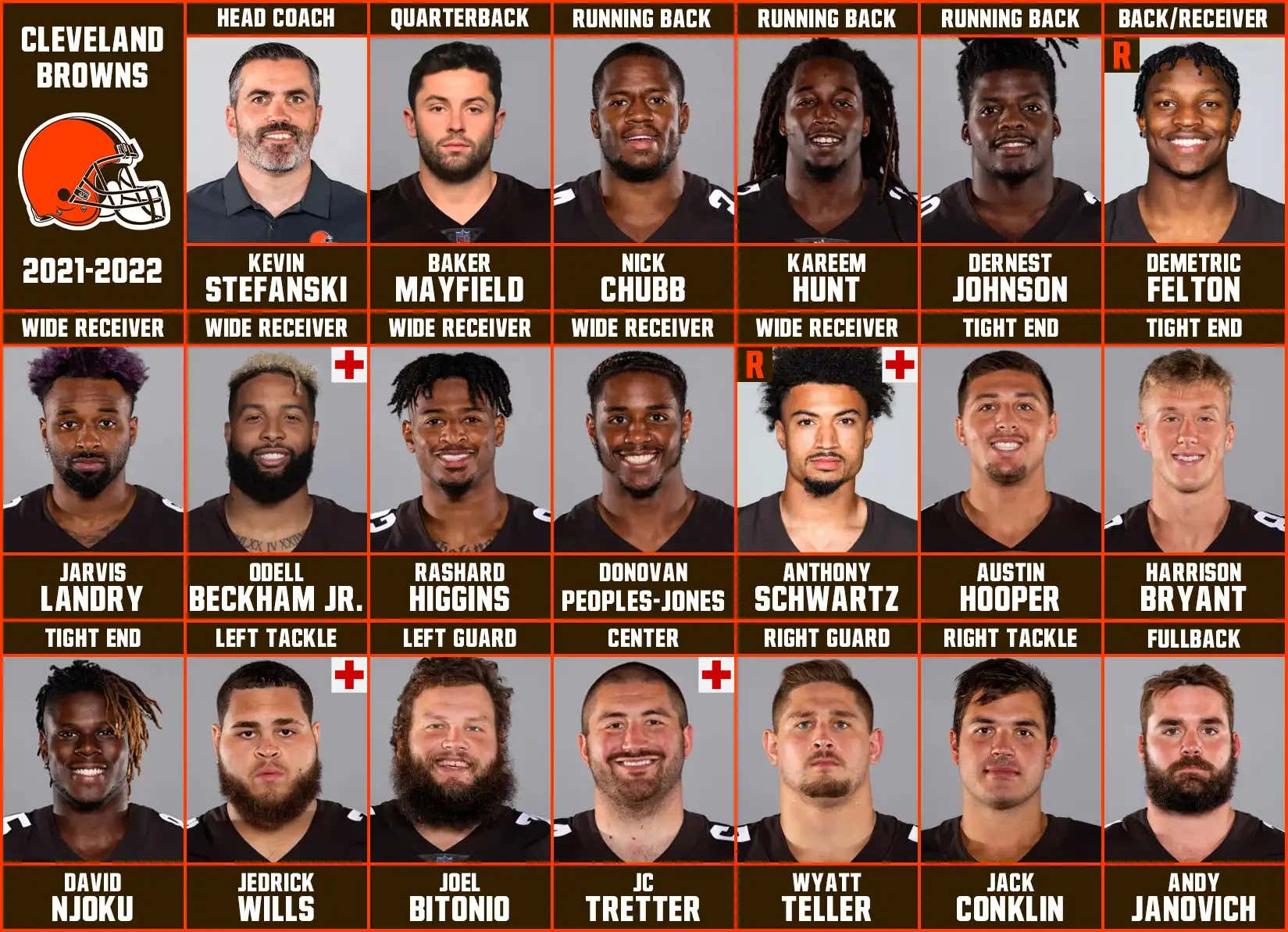 The second half was not: FUMBLE, TOUCHDOWN, BOTCHED PUNT, PUNT, INTERCEPTION

I can't believe I am even saying this, but the Chiefs didn't win the game last week, the Browns lost the game. It all came down to three pivotal moments, too:

The man who nevers fumbles or makes mistakes, opened the second half for the Browns offense in a brutal way. I was speechless. Jaw-dropped to the floor. Nick Chubb fumbling doesn't happen… but it did, and against the worst possible team. The miracle from this play is that the Chiefs only got a field goal out of the ordeal.

The thing about this play that kills me is he probably still could have got the punt off. He had time, but he panicked. It was also his fucking punt of the year too, and the Scottish Hammer folded under pressure. This was right on the heels of that absurd Mahomes-to-Hill long touchdown pass, and it all broke down after this play. I knew the Browns could win, but you just knew what was going to happen after Gillan botched this play…

He was trying to throw it away, and got tripped up. It's tough, and he caught heat for it, but Baker's only really bad moment of the game, of course, ended it. Should he have taken the sack instead? Maybe? Probably. I actually think they march down the field and win the game had this not been intercepted. But bottom line, you can't have this mistake.

The Browns, especially the offense will be fine, it's just really hard to watch them play so well and lose in Week 1 yet again. But this time, all on their own doing. 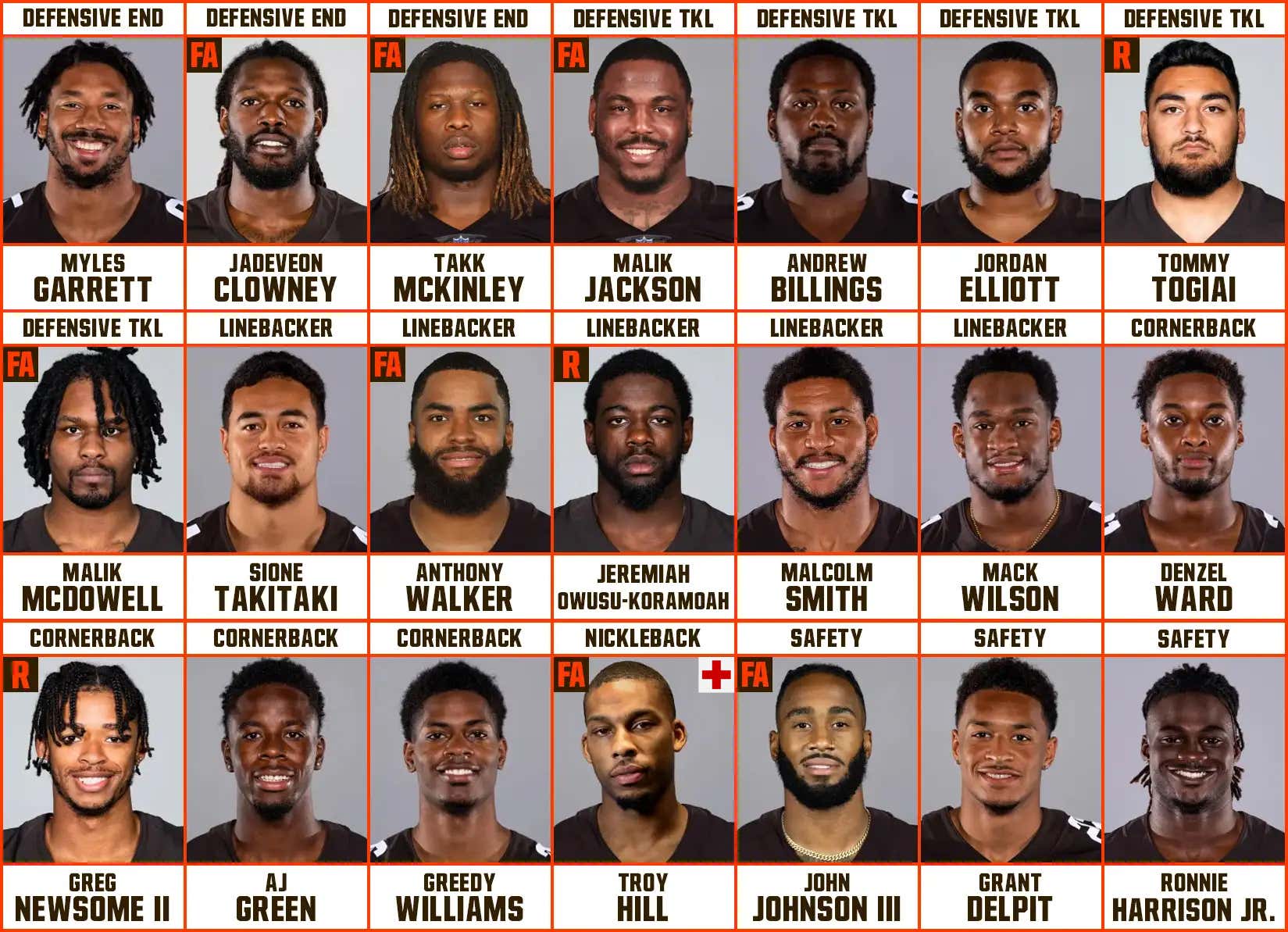 Panicking about this defense this early on is foolish, in my opinion. I said last week, and in the weeks leading up to the season, that it would take a few weeks for this insanely new-look defense to gel. They had a few nice moments last week, but it is also impossible to judge the team against the fucking Chiefs. This week, despite some injuries, my antenna will be up a bit more when it comes to how improved the unit is this season.

Two things stuck out for me last week:

1) The linebacking unit is easily the worst on the team, without question.

First off, Anthony Walker was a nice offseason signing, but last week wasn't ideal for anyone at the position and he is now out for at least three weeks on the injured reserve. The Texans had a nice Week 1, but they don't have Travis Kelce, so the assignment for these linebackers will be much easier. Does it matter much, though? They truly looked awful last week, but defensive coordinator Joe Woods seems to be satisfied with the position.

I do think Woods has caught more heat than warranted because the offense is the unit that blew the game last week, but the soft zone coverage may as well have been free touchdowns last week, and it was hard to watch. Again, not playing the Chiefs helps a lot, the Bucs "bottled up" Travis Kelce in the Super Bowl, and he still caught a shit load of passes for over 100 yards. So, my real stance on the defense is basically off to a fresh start today, especially at linebacker.

2) Malik McDowell was an absolute steal signing by Andrew Berry and the front office.

McDowell is now a Week 2 starter, years removed from being a 2017 second-round pick by the Seahawks, an ATV accident, and then some legal trouble. The talent was always there, it was just a matter of if he could put it together and keep the off-the-field issues out of his life.

So far, so good, as McDowell's debut for the Browns was huge, and clearly the brightest spot for the new-look defense. I am fired up to see him go against literally any team not named the Chiefs.

Will Anthony Schwartz and Demetric Felton have elevated roles?

Schwartz was obviously big for the Browns last week (the rookie did have two critical plays as part of their huge collapse, though), but Demetric Felton, the rookie RB-WR hybrid didn't really get as involved as fans expected. With what I assume is a different plan of attack against Houston as opposed to Kansas City, I expect Kevin Stefanski to open it up differently.

Succession is back soon, and it continues to have an elite television theme…