This is a TOUGH look for AOC and the designer, Aurora James. As I said yesterday, The Met Gala is the one of the biggest stages for designers. Stealing work is obviously a huge no-no, and what's even worse is that this was SuCh A BiG StAtEmEnT that it's gone viral everywhere.

First - I fucking hated this dress. I think AOC sucks, I think she's a panderer and a phony, and this statement made absolutely zero sense to me. Who is she going to "guilt" at the Met Ball? You think Kendall Jenner is worrying about her taxes? What an idiot. That aside, it's not her actual fault here about the seemingly stolen design, but it's definitely her fault for trusting a designer to have her make such a big deal without making sure its not plagiarized work. I'd never heard of Aurora James before this, and it looks like she's from Toronto and now lives in New York. And apparently, she now spends a lot of time on tiktok because DAMN does that design look the exact same. I see things like this come up a lot, and usually the "copying" isn't quite so blatant. This is just a straight up copy paste. 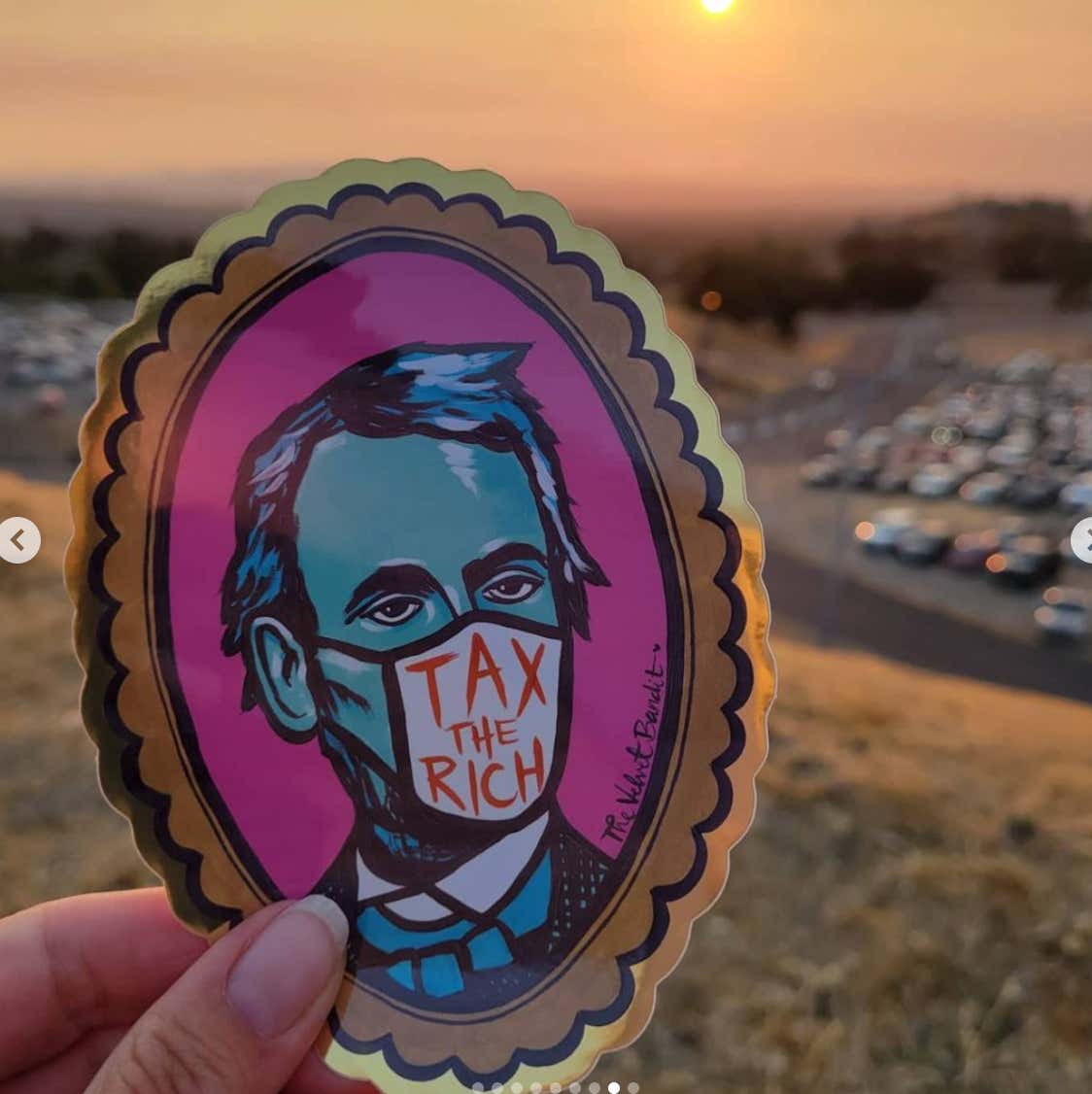 Our favorite new Lunch Lady has put these stickers all over the bay area. Her video gained traction on tiktok back in May. Whoops!

So, what are you gonna do about it AOC? You and Aurora want to tax the rich but you also want to steal from the working class? I'm getting mixed messages, girly pop! They're lucky this woman is being so nice and not suing the shit out of them. Only thing to do is give credit where credit is due.