Absolutely gutted for Ryan Fitzpatrick, whom I was really looking forward to watching sling the rock this year in Washington. Truly, I felt he was going to be the perfect placeholder at the QB position until we finally addressed it next season through free agency, trade, or what have you.

But as the Dan Snyder Curse would have it, Fitz left early in the first half with a hip injury. Another year, another hurt starting quarterback. It absolutely sucks that this KEEP ON HAPPENING. It's every fucking year. It's brutal. So what does this mean? It means it's now Taylor Heinicke's team. 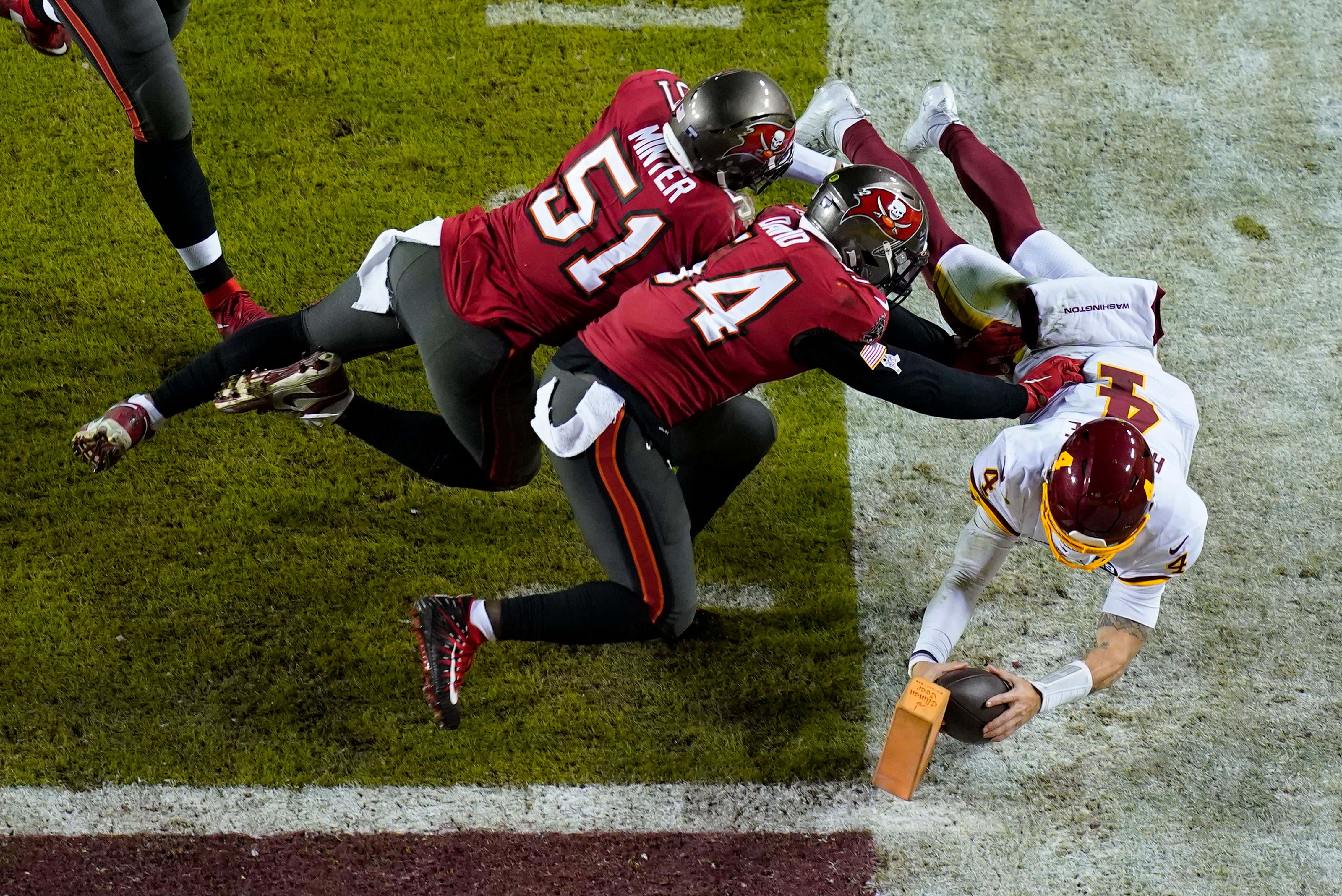 Heinicke obviously is a legend from the Bucs game last year. And there were some people who wanted him to come into week 1 as the starter. I thought he should be the backup with potential, and was satisfied with the Fitzpatrick signing. But now, with Fitz hurt, it's Heinicke's time to shine. And he started scratching the surface of that yesterday, going 11/15 for 122 yards and 1 TD. He looked pretty comfortable back there and looked like a guy who can lead the offense. Also, he's aggressive, which I loved.

Yesterday's loss sucked. It was a winnable game and completely botched in the end. But it wasn't Heinicke's fault whatsoever. Which is why I am not ready to panic and say we need to bring in Cam or anything like that. I'm not ready to give 6 first rounders for Deshaun Watson either. I want to see what Heinicke has. We should give him 2 weeks and then evaluate from there. In my opinion this team is too good to completely mail in the season. That's the last thing I want, is to go into week 5 knowing this season is over. But it's also not worth mortgaging the future over for either, so it's really tough. Which means 1 thing and 1 thing only: We NEED Heinicke to succeed. No pressure though. But there's no other choice. Especially with how good the Eagles looked yesterday (and I guess the Cowboys too on Thursday), we need Heinicke to capture magic in a bottle and go crazy.

This is his time to become a star. To make himself that Kurt Warner story. We'll see him on a short week vs the Giants on Thursday. It's now or never.