Christopher Nolan is readying his next film, and Deadline hears that like Dunkirk it will focus on a seminal moment in World War II. This one is J. Robert Oppenheimer’s role in the development of the atom bomb during WWII. Here is a bombshell development: While none of Nolan’s recent movies had gone outside Warner Bros, I’m hearing that several of the major studios across town are reading the screenplay and speaking with Nolan and his reps.

This might be residue from the umbrage Nolan took when WarnerMedia declared its intention to go day-and-date with its entire 2021 movie slate, without forewarning talent, their reps or even the studio’s financing partners in the films. Nolan, among the superstar directors who are the most vociferous supporters of a good old fashioned theatrical release, was outspoken in his ire on WarnerMedia’s move. It wasn’t immediately clear whether Warner Bros is among the studios in the mix on this, but clearly it has lost pole position.

You can read Chris' blog on it HERE

Like the article says, Nolan went through a really public fight with Warner after they decided to help put a coffin in the graves of movie theaters. He has been a loyal guy to the studio, and their partnership stretched 2 decades and nearly $5 billion in revenue. 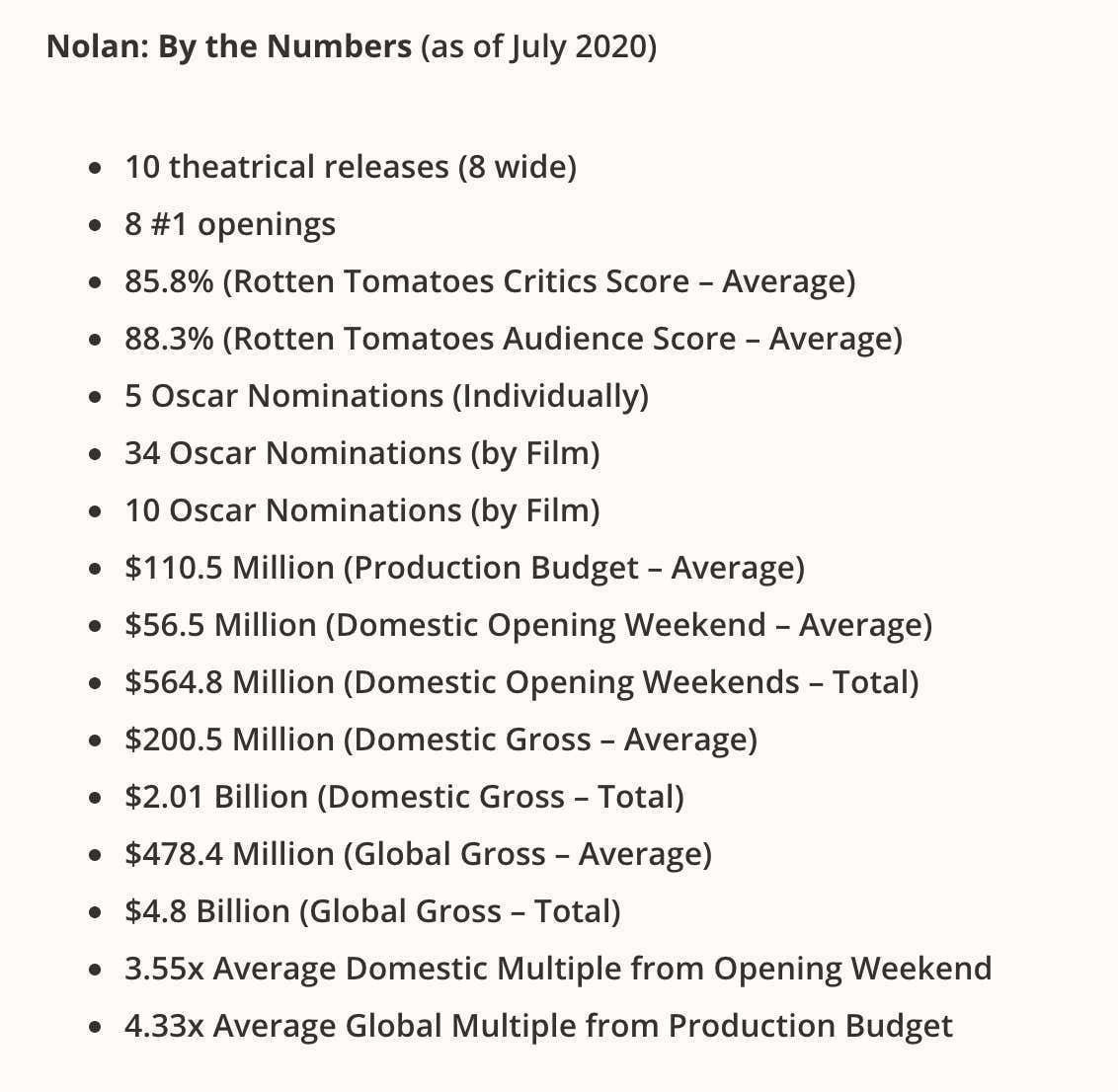 Nolan is a unicorn in the movie industry in that he makes incredible movies that play great with critics and audiences alike while also doing insane numbers at the box office. Whatever studio he was going to next was always going to get an incredible value out of him.

That said I think this is the question to answer: do you think this is a good "win-the-breakup" movie for Nolan? I would expect something mind-bending and high-concept that would get people going "Ohhhh shit, Nolan is about to blow our minds again!". Basically the instagram model of film concepts to prove that he was better off without them anyway. A cinematic rebound! Maybe he got his temporary fill of thinkers after 'Tenet' and wants to go back to something way more grounded like his last WWII movie, 'Dunkirk'. There's nothing wrong with doing a project he wants to do, but I expected him to hunt something a little flashier than what is looking to be sort of a biopic on a scientist.

Now, that is  not to say that the subject is boring. Oppenheimer was a brilliant scientist helped create the atomic bomb while director of the Los Alamos lab. He was also the son of a wealthy German immigrant, and used his inheritance to fund anti-fascist organizations after the rise of Hitler in his ancestral homeland. After WWII, he was advisor to the Atomic Energy Commission before having his security clearance revoked during the communist witch hunts of the 50's. In the years after creating the bomb, he showed a lot of regret for his role in the project. Not specifically for its use to end WWII, but because of the arms race that threatened our planets existence. I think most people are familiar with him making this quote:

"We knew the world would not be the same. A few people laughed, a few people cried. Most people were silent. I remembered the line from the Hindu scripture, the Bhagavad Gita; Vishnu is trying to persuade the Prince that he should do his duty and, to impress him, takes on his multi-armed form and says, 'Now I am become Death, the destroyer of worlds.' I suppose we all thought that, one way or another"

A fascinating person with a story I would definitely want brought to the big screen, to be sure! I am just not sure if I want Nolan to be the guy to do it. He might blow our minds and show us the nuclear bomb in a way we have never seen on screen before. Maybe he shows us that he is just as good telling a biographical story as he is doing sci-fi, action, and time-warping stuff. Maybe this barely focuses on the nuclear test element at all and is more about his later years and being the subject of the witch hunt. I don't know, but this is a project I would expect more from a director of primarily non-fiction stories, which Nolan is not.